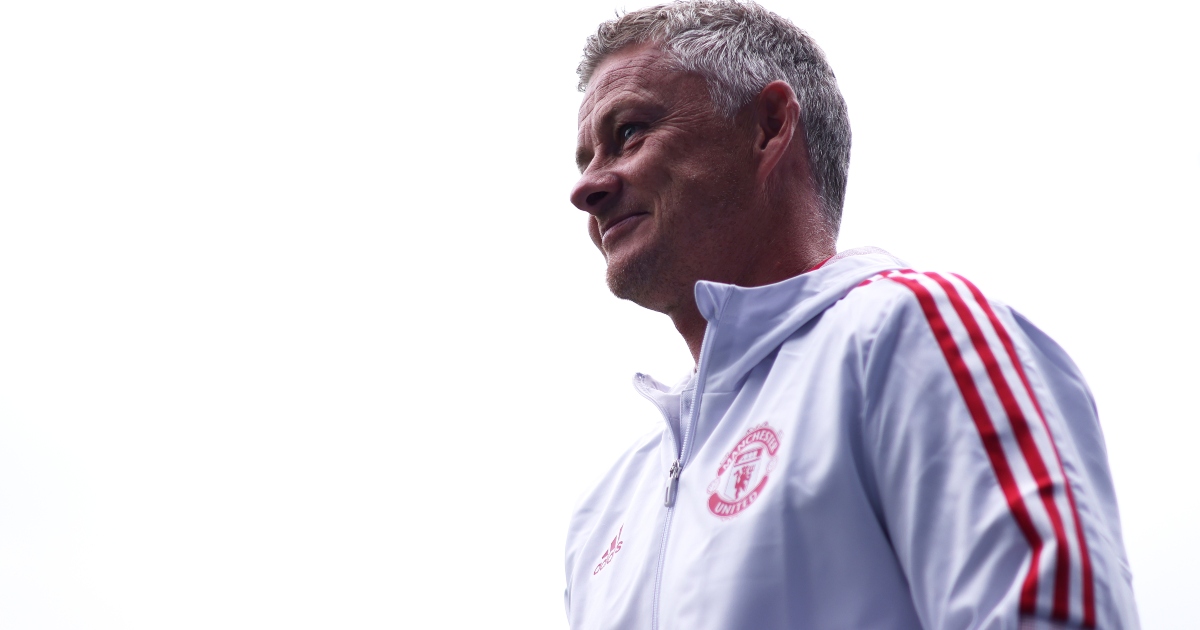 There was no high-production video or rapper collaboration to unveil the news of Ole Gunnar Solskjaer’s new contract. Manchester United appear to have read the room…

The United boss last week signed a new three-year deal that was announced on Saturday morning, amid the flurry of hype over Jadon Sancho’s unveiling on Friday afternoon. A simple slogan – ‘Our past, our present, our future’ – was as much fanfare as the Red Devils were willing to engage in. Which no doubt suited Solskjaer down to the ground.

The news still triggered Solskjaer’s critics but generally was greeted with a collective shrug. As any new contract for a manager should be. Unless it involves Alan Pardew signing on Newcastle United-headed paper for eight (EIGHT) years.

Of course, any such contract means little when results take a turn. Pardew served just over a quarter of that period and Newcastle fans will argue he was lucky to last that long.

The same goes for any manager. A contract offers no protection from the elbow other than a golden handshake. Even Daniel Levy will cough up if results and performances fall down the toilet.

For Solskjaer, little has changed other than his pay slip. United’s commitment to their manager was already evident when they passed on Mauricio Pochettino when the PSG boss was available amid one of the Red Devils’ slumps. That said as much, if not more, about the board’s belief in Solskjaer than his extended terms of employment.

Our past. Our present. 𝗢𝘂𝗿 𝗳𝘂𝘁𝘂𝗿𝗲.

✍🇳🇴 We are delighted to announce that Ole has signed a new deal with the club! #MUFC

The expectation has not diminished. Quite the opposite. United are always expected to compete for trophies, and Solskjaer can point to some gradual, incremental in parts, improvement. Third and second-place finishes in the Premier League offer encouragement ahead of the new season, and he finally broke his semi-final hoodoo, even if the manner of defeat to Villarreal in the Europa League final offered a sobering reality check.

Solskjaer has had a few of those during his reign. One of the first came three weeks after he signed his first contract as United’s permanent manager when United were fortunate to escape with only a 4-0 battering at Everton. “I’m going to be successful but there are players here that won’t be part of it,” he said seething at Goodison Park.

That was not his team. Jose Mourinho will claim it wasn’t his either but two years later, Solskjaer can no longer distance himself from any United failures. That is the biggest shift triggered by Solskjaer putting pen to paper.

The club have backed him in the transfer market and, to his credit, his dealings to this point have largely been successful. There is more recruiting to be done but even before the arrivals of Raphael Varane and Any Midfielder, Solskjaer’s side is now one he has assembled in his image.

Sancho’s arrival completes a potentially thrilling attack. Mason Greenwood’s emergence – one that has taken place solely on Solskjaer’s watch – helps to tick the youth box, with a flurry of talented youngsters expected to follow Greenwood through the ranks into the first-team squad.

Solskjaer’s task throughout the time served on his first deal as manager was to solidify the foundations which should be the core of any Manchester United squad. With that job at least nearing completion, his second contract comes with the caveat of heightened expectation and the demand not only to challenge for trophies, but to deliver them.

But, like any manager, Solskjaer cannot afford to look too far beyond his next 10 matches. Deal or no deal, with this team now undeniably his team, the manager will be gone if United’s form and results lurches back too far in the wrong direction.