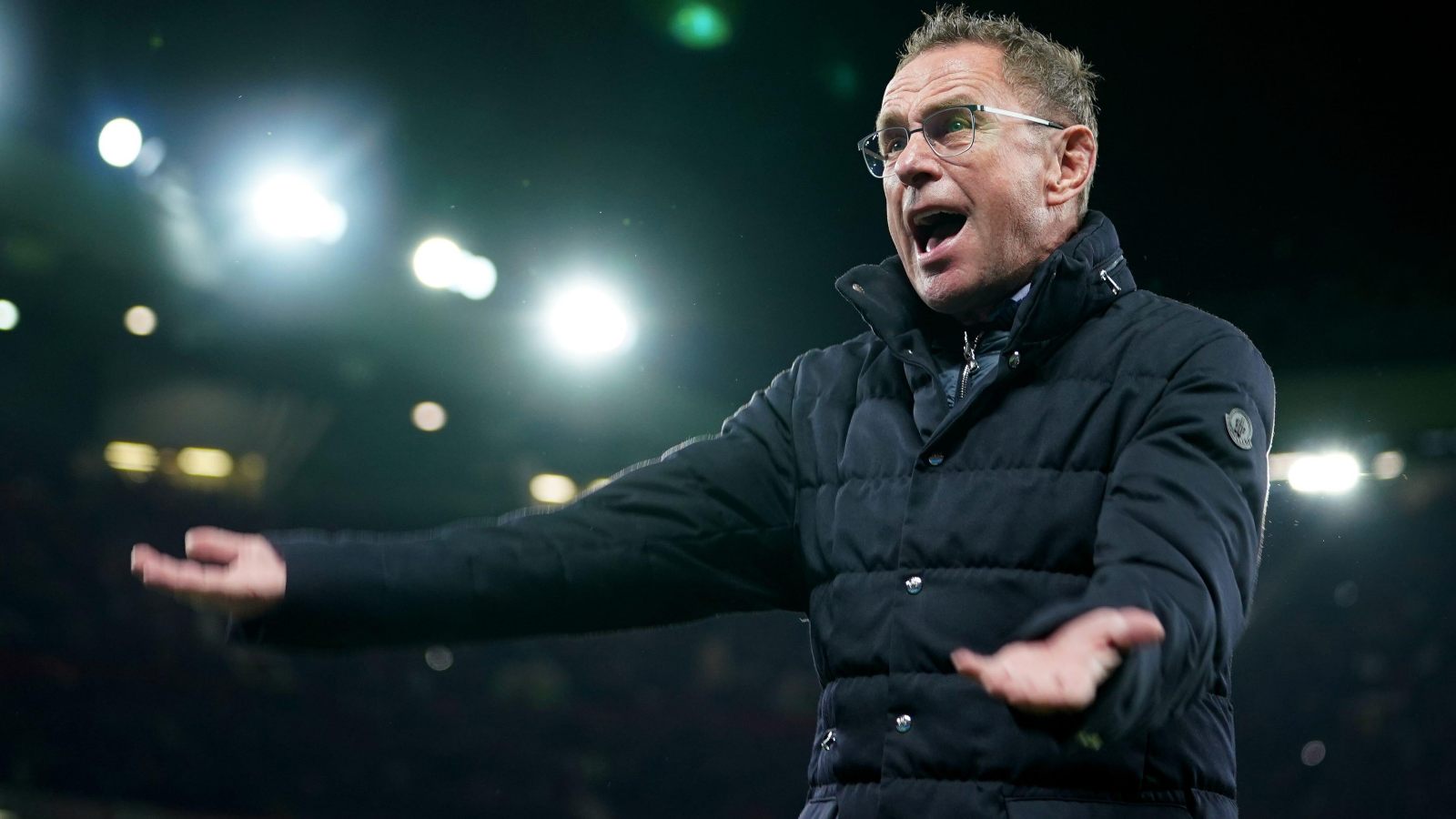 It should be remembered that when Manchester United appointed Ralf Rangnick as their interim manager in December, it was a move that received widespread, if not universal, approval. With his track record of building teams and clubs from the ground up, his arrival was seen as a positive first step in putting the Red Devils back on the right path.

The problem? They appointed him to the wrong position. Rangnick’s stellar reputation was built as a senior management or executive figure, not as a coach. Sure, he had coached. But in the decade before taking the United job, Rangnick had managed 88 matches in two stints at RB Leipzig.

So, in hindsight, and with the context of the wider sh*tshow at Old Trafford, we shouldn’t be too surprised that he failed to have the influence it was hoped he might. Now Rangnick won’t be taking on a role he is well-qualified for, because he flopped in a role he wasn’t.

The German is probably relieved to be out of Old Trafford. The prospect of even a six-day working month with United likely filled him with dread after what he has witnessed since December.

What would have been the point anyway? No one at United listened to Rangnick when he was a full-time presence at Carrington; the prospect of the hierarchy taking a blind bit of notice of him during a monthly conference call is even more remote.

No party ignored Rangnick more brazenly than the players. He got off to a poor start after it emerged one senior star had to google who the new manager was. His appointment apparently underwhelmed the Premier League’s most pernickety dressing room and the United squad tuned out before Rangnick could say ‘Gegenpress’.

The German tried to implement the style he’s renowned for, and the players gave it a whirl. For approximately a game and a half. By then it was already clear that the squad was unable or unwilling – probably both – to aggressively press opponents in packs greater in number than one.

After that, all we heard from football’s most entitled squad was of sub-standard training sessions, some led by ‘Ted Lasso’, while on the pitch, they slowly stopped bothering to pretend they were following Rangnick’s instructions. The manager wasn’t ignorant of what was unfolding before him. Each week his lips loosened slightly, though never to the extent where he ever said what he really feels about the squad he had the misfortune to manage.

Perhaps the looming consultancy role prevented him from being as forthcoming as he might have wished to be, but come the final weeks of the season, while United were shambling from one embarrassment to the next on the pitch, it was already abundantly clear that those upstairs were giving his advice short shrift too.

Rangnick urged the board to sign a new striker in January; they ignored him. They reportedly chose not to seek his advice on who the next permanent manager should be, which certainly sounds like the kind of decision he might reasonably expect to be consulted on. And when he spoke up about anything beyond the short term, he was told to concentrate on coaching the team and salvaging what could be saved from a train wreck of a season.

Rangnick’s treatment is typical of the United board’s approach to change. When they are backed into a corner, the Glazers always offer a gesture of openness to reform or refinement, but it is only ever lip service.

When Rangnick briefed Erik ten Hag, that must have been the German’s first warning, even before he got to his dossiers of shame about the squad. The new manager must go into this job with his eyes open wide enough to see when the wool is about to be pulled over them. Unlike the man who came and failed before.