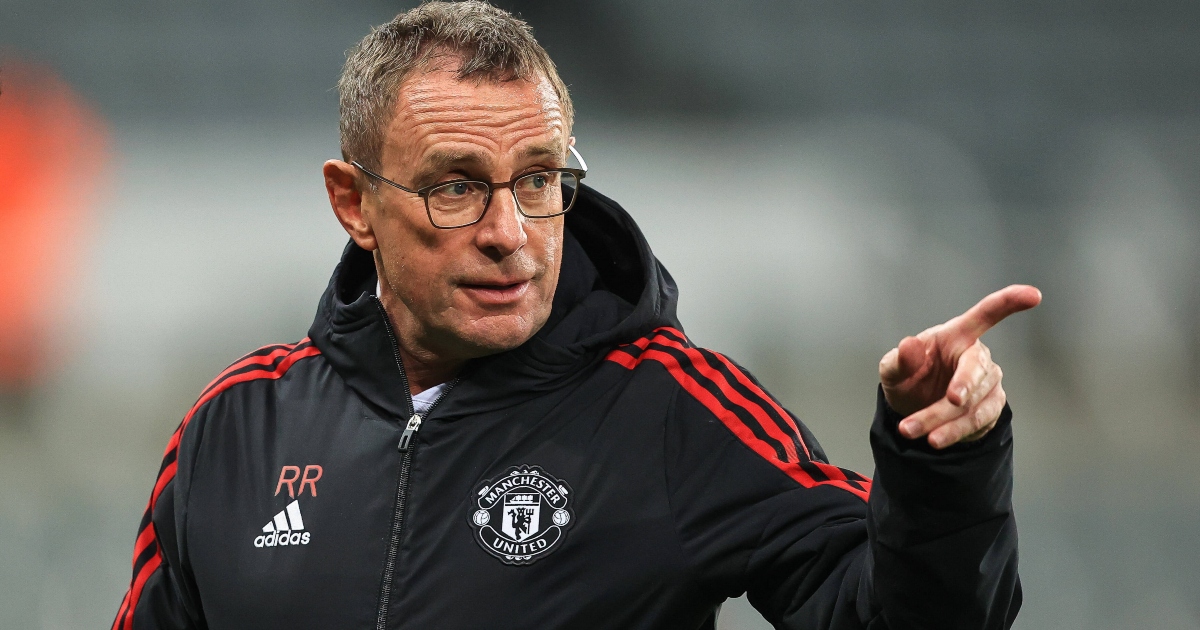 Who is to be believed: Ralf Rangnick, or Man Utd’s entitled stars? The board need to throw their weight behind the interim manager for the sake of the next permanent one…

Ralf Rangnick almost certainly didn’t sign up for this sh*t.

A third of the way through his six-month spell as Manchester United manager, the German has spent most of interim reign so far fighting fires while attempting to restore some order to a group of players whose ego dwarfs their individual and collective quality.

Rangnick’s winter ‘break’ since a last-gasp win over West Ham has been spent trying to strip some of the deadwood from the dressing room while handling the fall-out from Mason Greenwood’s arrest and subsequent club suspension. That particular catastrophe had far-reaching implications beyond those that really matter, like the victim’s wellbeing, with Jesse Lingard apparently ‘imprisoned’ at Old Trafford.

The poor lad. Because United felt unable or unwilling to let him leave on deadline day, Lingard must now see out the remainder of his £100,000-a-week contract with his boyhood club. No wonder he felt it necessary after returning from a break in Dubai to ask for a few days to “clear his mind”.

Or did he? That was Rangnick’s version of events, offered in his press conference on Thursday before United deal with the inconvenience of an actual football match on Friday night against Middlesbrough.

But Lingard took to his socials to give his perspective. One that differed from his manager’s…

The club advised me to have time off due to personal reasons! But my headspace is clear and I’ll always be professional when called upon and give 100 percent

Lingard is the second United player to contradict his manager in a fortnight. Anthony Martial said something very similar to Lingard when he was called out by the manager for apparently refusing to travel to Brentford because he didn’t fancy another Wednesday night on the bench.

So who is telling the truth: Rangnick, or his disgruntled players?

It almost doesn’t matter in these instances. Martial has been packed off to Sevilla, while Lingard only has a few more months before he can do as he pleases. But upon being left to draw our own conclusions, the benefit of the doubt has to be given to the manager.

What Rangnick has described in the cases of Martial and Lingard are just two of the more recent examples of United players highlighting their own ignorance and self-aggrandisement.

Rangnick has inherited a squad which contains too many players who think they call the shots. Martial is not the only forward who might feel emboldened enough to decide when he plays; Paul Pogba regularly swanned off to Dubai to rehab from his latest injuries; another player at the start of the week is said to have not bothered to seek permission to swerve training, which in itself was reported to be justification for whining among the players who didn’t much fancy Rangnick’s methods. Nor did they rate the previous regime’s. Or the one before that. And the one prior to that, too. At no point has this group thought to look within itself and wonder: ‘Might we be the problem?’

Perhaps under Ole Gunnar Solskjaer, the players did call the shots. It seems Solskjaer’s longevity was rooted in his willingness to pacify the squad. But, unquestionably, it is one that needs breaking up now. Rangnick seems to have decided that truth bombs are one way to facilitate that or, at least, to reduce some egos to a more manageable size.

Such forthrightness is seemingly a conscious move on the manager’s part. With both Martial and Lingard, he did not have to be quite so open. In both cases, he could easily have covered for their absences. But the truth can be a powerful weapon and anyone attempting to keep this dressing room in check needs all the deterrents they can lay hands on.

In the context of all the off-pitch hassle, Rangnick’s results look all the more impressive. One defeat in 13 games, with a squad unable and/or unwilling to play the manager’s preferred system and style, is a creditable record.

Whether it be Mauricio Pochettino, Erik ten Hag or Rangnick himself, the next manager will likely owe the interim a debt of gratitude for firing the first shots in the power battle at Old Trafford. The board, themselves far too willing to pander to the players’ whims in recent years, need to ally with whomever they pick as manager and allow them to shape the squad as they wish, rather than worrying more about ‘protecting assets’. That is an approach which has only served to exacerbate the many problems at the club.

In the meantime, Rangnick must maintain his course and continue to call out the bullsh*t as he sees it.