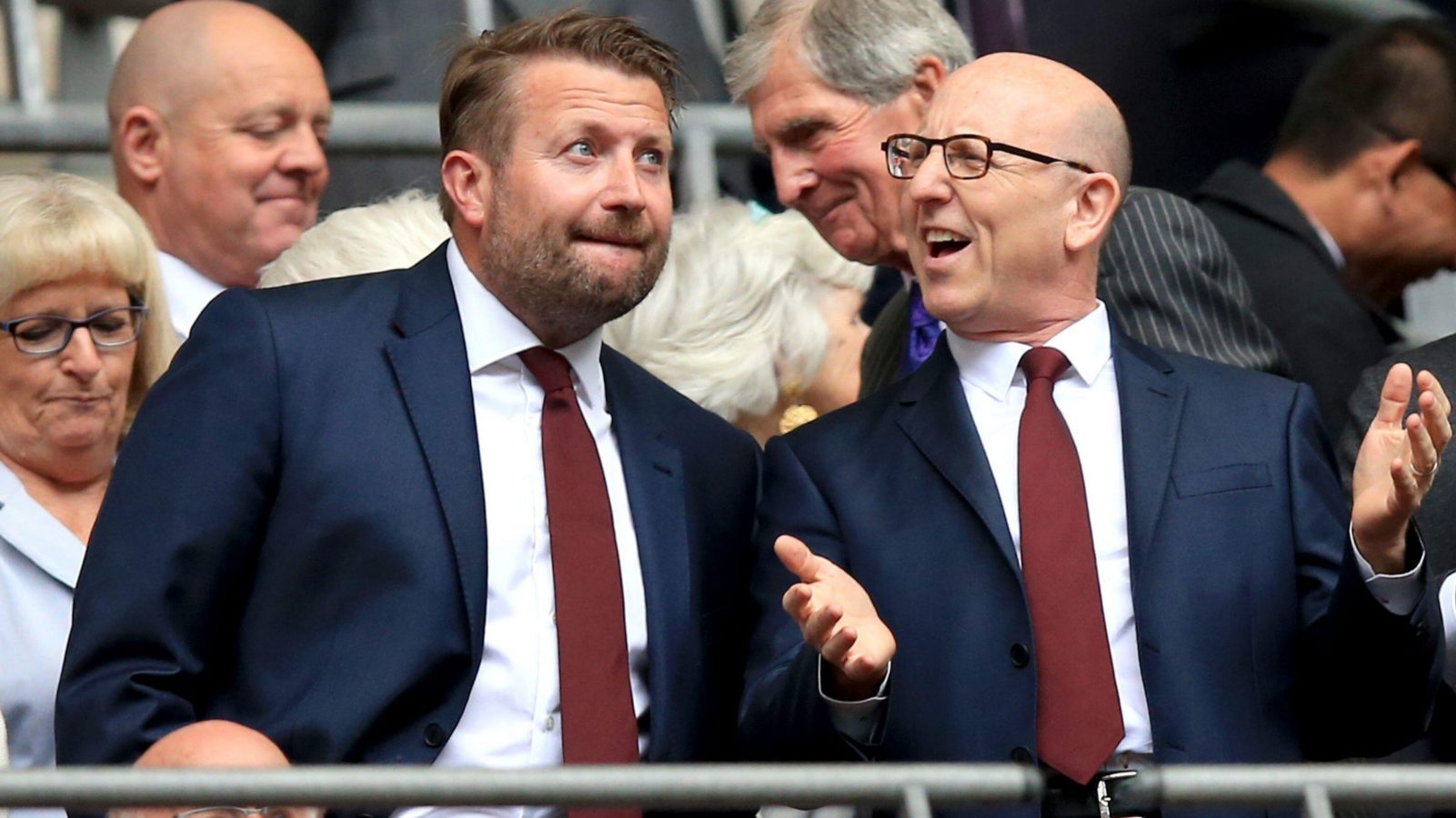 On Saturday, Richard Arnold met a group of Manchester United supporters at a boozer for a bevvy. Nobody came out of the gathering well.

Arnold, in his first summer as United’s chief executive, got wind of a protest that was planned to take place outside his home, with those fans keen to express their frustration at the glacial pace of the Red Devils’ rebuild. So Arnold offered the protestors the opportunity to air their views over a pint, rather than disturb the peace in the leafy Cheshire suburbs.

Fair play to Arnold. He could have just closed his curtains and got on with his day. Instead, he attempted to engage with the disgruntled fans, who repaid the courtesy by surreptitiously filming the meeting from a variety of angles despite being expressly asked otherwise.

The footage shows Arnold being as open as anyone at Manchester United has been for quite some time. Indeed, he was probably too honest. And certainly his candour was reserved for the wrong forum.

“I don’t think we’ve done well with the money we have spent historically.”

Indeed. But, to the delight of Barcelona officials who will have lapped up the footage on Saturday evening, Arnold went on to say that whatever money United need to strengthen this summer is still available to Erik ten Hag and John Murtough, the club’s director of football, who is apparently working ‘6am to 10pm’ to get players through the door. Murtough might have to grind even harder after Arnold bragged: “Money is not a consideration in who we want. It’s if the manager wants him, that they’ve actually done the work on looking if he’s a great player. ‘Is it 100 or is it 200million? Here’s the money.'”

Arnold’s brashness flies in the face of what we’ve seen so far this summer from United. The picture painted by the chief executive is of a football behemoth using its considerable clout to do what is necessary. But that doesn’t reflect the reality.

Prior to Arnold getting his round in, United appeared to be operating differently during this window. In summers and winters past, the club’s hierarchy was leakier than the Old Trafford roof. Briefings here, a nod and a wink there, everyone knew United’s business despite the club too often making it up as they went along.

The expectation (or rather hope) was that under Ten Hag, and with a semblance of structure behind the scenes, United would approach this window – arguably the toughest and most important of the post-Ferguson era – with a clear plan and the decisiveness to implement it. But here we stand, more than a third of the way through the off-season and only a week until the first batch of Ten Hag’s players report for pre-season training, and so many question marks remain over what United are aiming to achieve this summer.

The fact Arnold isn’t telling the world he’s globetrotting for ‘urgent transfer business’, as his predecessor did during his first summer in the spotlight, is probably a good thing. But what titbits were being reported, reliable or not, were a source of concern already before Arnold blew United’s negotiating positions in a beer garden over a few scoops.

Before Saturday, all we could be certain of was that United want Frenkie De Jong and Christian Eriksen, both top-class players who would improve Ten Hag’s squad while bolstering his numbers, which have been depleted by a steady stream of exits already this summer. Quantity alongside quality is key this summer, even if not the ‘eight to 10 signings’ Ralf Rangnick recommended.

It isn’t as easy for Arnold, Murtough and United as it used to be. The Red Devils don’t have their traditional pull – entirely a mess of their own making. While once top players used to jump at the chance to join United, now they are wary. Very f***ing wary. Even more so since Saturday.

So it doesn’t help United that they don’t seem to even pretend to be a super-power any more. In the good old days, if United wanted a player, they generally got him. And if they didn’t, it wasn’t because they were fannying around. Now, when United require decisiveness and clarity of vision, they seem more worried about losing face.

They fear being pulled into bidding wars. When they have a clear run at a player, like De Jong, they fear being made to overpay. In the case of Eriksen, they already seem resigned to copping a custard pie because Manchester is 200 miles north of London.

Where’s the fight? Eriksen seems to need some convincing to move north. So go and sell him on the prospect of playing for the new Manchester United. The name alone won’t do it anymore, but the club appear not to recognise that sad fact. Or they are too willing to simply accept it.

The United hierarchy seems as timid as the players they desperately need to replace. If De Jong is as pivotal to Ten Hag’s plan as he appears to be, go and get him. Presumably United felt like they have a few weeks to sit tight since De Jong would not report for pre-season immediately after his international duties. Maybe they thought Barca could be taken for a few euros because of their financial plight. Arnold’s attempts at pacification this weekend have surely irreparably damaged their bargaining position. The only way to save face now is to pay up and get De Jong through the door.

Liverpool’s splurge on Darwin Nunez raised a few eyebrows – none among their own supporters, mind – but the Reds acted with the decisiveness you would expect from a major power. Just as they did with Luis Diaz. They identified their target and haggled a little before stumping up whatever it took to provide Jurgen Klopp with the players he wants in a timely fashion. They were similarly focused with Virgil van Dijk and Alisson. If Ten Hag views the recruitment of De Jong as essential as Klopp deemed that quartet, then the United board must take a leaf out of the their red book.

A statement signing such as De Jong should go some way to persuading other targets that United are still serious players in this market. That’s assuming the club genuinely regard themselves as such. Their words suggest so but their actions tell a different story. Ten Hag was recruited on the basis that United are willing and able to compete but so far in his and Arnold’s first summer, United aren’t convincing anyone and Saturday’s social only makes the task even harder.