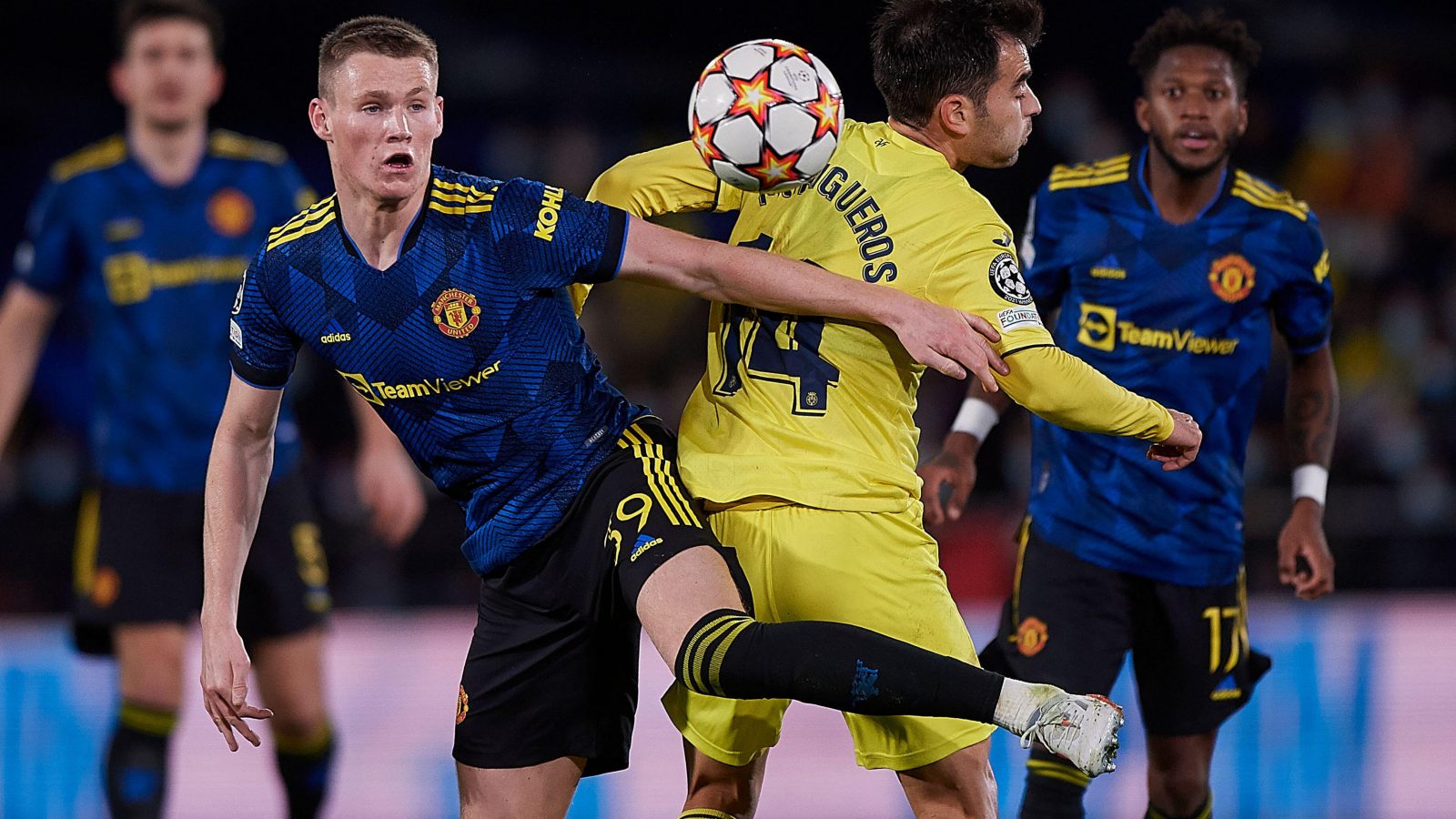 You could forgive Manchester United fans if their first reaction to Monday’s gossip was: ‘For f***’s sake, not again.’

It was not the links with Paulo Dybala that might have made for a sweary start to the week, nor more assurances that Frenkie De Jong isn’t completely aghast at the prospect of moving to Old Trafford. But the line about United not buying a defensive midfielder for what seems like the 427th consecutive transfer window might well have turned the air blue on commutes and over breakfast tables.

It feels like United have taken a mend-and-make-do approach to their engine room for far too long now. This summer, having lost two central midfielders for nothing, it was expected – or at least hoped – that they would finally invest their energy and finances into a ball-winner, preferably one who might be able to pass it once he’s pinched it.

Now, with so many other holes to be plugged, the Manchester Evening News says Erik ten Hag is willing to wait for a screener. The new manager is still firmly focused on landing De Jong, and if the 25-year-old can be taken from the Nou Camp with all the money owed to him, then Ten Hag is content that will be enough remedial work for the base of his midfield for one window.

Ian King: The Barcelona offer to Frenkie de Jong is an insult to both the player and the game

Ideally, United would pair De Jong with N’Golo Kante or peak-era Roy Keane but instead, United fans will have to settle for another season of whichever half of McFred catches Ten Hag’s eye.

Fred and Scott McTominay have convinced nobody that they are the partnership to steward United’s engine room, and the fact they were paired so often and for so long is a damning indictment of the decision-makers at Old Trafford. But one or the other alongside De Jong could be a reasonable compromise, especially while there are so many other areas of the team also requiring urgent attention.

And James Garner cannot be ignored. At least, that will be the impression he hopes to make on Ten Hag during United’s pre-season tour. It seems that Garner has a few weeks to catch the manager’s eye after a hugely impressive season on loan at Nottingham Forest. Technically, the England Under-21 international has many of the tools in his locker that Ten Hag requires his midfielders to possess. This season could be his best – perhaps only – opportunity to make the breakthrough into United’s first team.

Garner, though, will have to get past McTominay first, which would be no mean feat given the Scotland star’s physique. The 25-year-old was reported to be viewed by Ten Hag as a ‘pivotal’ presence, which lends more credence to claims that United won’t move for a defensive midfielder.

Even if they were considering it, Cristiano Ronaldo may have forced a re-think. Ten Hag says he is planning for the season with Ronaldo in his team despite the news last week that the 37-year-old wants to leave to maintain his presence in the Champions League. Whatever Ronaldo is thinking, it seems he hasn’t communicated it to the new manager. United need a contingency in place for when he does get around to mentioning his desire to quit the club.

That would make a centre-forward the utmost priority, alongside De Jong, while Ten Hag is also keen to strengthen the centre of his defence, ideally by nipping back to Ajax for Lisandro Martinez. All that, in addition to Christian Eriksen, for a club not proficient at multitasking makes for a busy summer, during which Ten Hag also has to imprint his style of play on the players at his disposal.

Rome wasn’t built in a day and Manchester United won’t be rebuilt in a single summer. The new manager is right to prioritise De Jong, Eriksen and Martinez, players he knows can play his way, for the smoothest, quickest possible transition from whatever that was last season to Erik-ball. Ten Hag knows in the meantime that there are players to hand, like McTominay, Fred and Garner, who can do the donkey work while he focuses on remodelling United’s style.