City are the first team to win both Champions League legs v Real since 2009. They're finally ready. 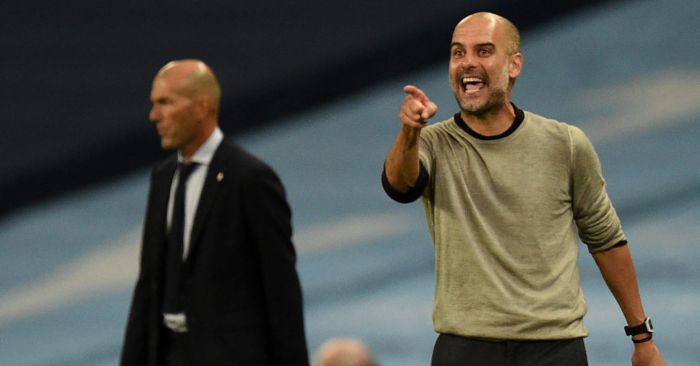 Manchester City are the first team to win both Champions League legs v Real Madrid since 2009. They’re ready to go all the way.

“We still are not ready,” said Pep Guardiola. “We create a lot, don’t concede, but can improve. We’ve scored a lot over the last two seasons and I don’t have doubts about that, but we have to keep working, going on that.”

It was a strange, forced remark. Prepared, almost. And certainly not the first time he had laboured that point. Manchester City had just beaten Crystal Palace at Selhurst Park, a notoriously difficult game, yet Guardiola fixated on one moment in the second half: Gabriel Jesus shooting when Kevin de Bruyne was better placed to score.

It had no material effect on the score. City were two goals up and would end the game as such. But Guardiola’s message was simple. Such situations cannot be wasted in elite knockout football. Not against the best teams, the most potent attacks, the sort of players that can and will punish any deficiencies.

This, then, was their coming of age. A goal to settle the nerves after nine minutes. An equaliser to sharpen them on 28. That period of uncertainty and doubt that would so often undo them. The moment of sheer unadulterated relief at finally overcoming those usual mental obstacles. Yet the collective clarity and focus to see the result through.

The typical mistakes came but not from City. Raphael Varane co-opted the role of Nicolas Otamendi or John Stones, forced into a panic by a disciplined, controlled and perfected counter-press. Phil Foden was a wonderful pivot; Gabriel Jesus and Raheem Sterling his sublime wing men.

Guardiola out-thinking instead of over-thinking.

This is the sort of victory that imbues the players with a belief otherwise unattainable. These are the wins that cannot be replicated through training-ground automations. It is an invaluable, unbuyable point of realisation, proof that City can unseat true European royalty from the throne instead of being grateful for any scraps thrown down from the top table.

They have reached further before but froze on the semi-final stage, mustering a single shot on target across 180 minutes against the same opponent in 2016. Manuel Pellegrini and his callow players were not ready then. Guardiola and his mature squad most certainly is now.