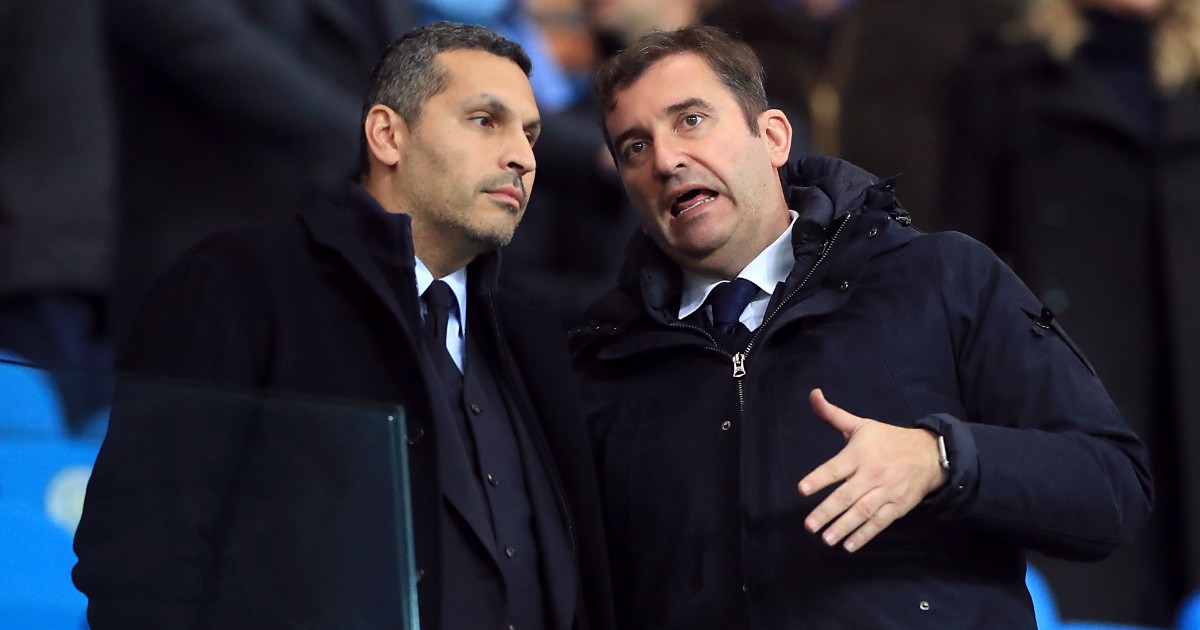 Manchester City fans have long insisted that media holds an agenda against the club and its owners. Based on this season they have a point.

On Friday, March 5, a Sky Sports team meeting would have taken place around lunchtime.

Sat around in a Zoom conference with their lower half hidden away in pyjama bottoms, about eight people would have collectively decided that Steve Bruce’s personal gripe with a Daily Mail reporter would be the lead story for the afternoon.

It’s a story that, in essence, would have never been made for public view before, an argument about sources and journalistic integrity.

Yet there has long been a growing fascination about this sort of thing: the story behind the story, the way which reporters pick out certain players. Sources. Agendas. Favouritism. Even editorial outlay is argued between editors and the audience online.

Think Mark Odgen in November. Dan Roan in 2018. Neil Custis all the time. And now Craig Hope. It won’t be easily admitted, but reporters are slowly becoming stories themselves.

But the trouble with this is, as the veil of distinction between audience and provider fades away, intelligence among the audience has grown. Now they are well too aware of how their news is distributed and what the intentions of such stories are, what reactions it could have.

This newfound knowledge breeds cynicism. And this can hardly be helped with the UK press remaining the most distrusted in Europe for nine years running – which is why you get buzzwords like ‘agenda’ thrown around so much.

Being this side of the fence, it’s easy to laugh off most accusations of bias, but that’s not to say it doesn’t exist at all. We all have our preferences, our mini dislikes and quirks.

And at present, it has been interesting to see what direction coverage is going. It’s hard not to notice the sharp distinction of coverage between Manchester City’s champions-elect period of now to Liverpool’s of last season.

Now of course discourse online from their feisty, fervent supporters only fans the flames on both sides: the supposed media lovies versus the propaganda machine for a fascist state. That’s some billing.

So yes, during the last campaign, it seemed front pages and screens had been filled in red ecstasy even before a trophy was Hendo Shuffled aloft and Kloppmania truly ran riot. But in turn, it has seemed like this jubilant coverage of Liverpool has made the reaction to City’s success this time around seem more subdued.

Last week in particular, Liverpool’s demise was deemed more newsworthy than City’s unprecedented trajectory. The Blues are set on a record-breaking season once again. But Jurgen Klopp’s Reds souring in seventh takes more onus. Even stories like Jose Mourinho and Gareth Bale’s hankering relationship, or Marcelo Bielsa and his capacious inaugural Premier League season, have all seemingly received more column inches than the story of Manchester City and their tremendous rejuvenation.

To summise, Pep Guardiola has been able to deal with the losses of David Silva and Vincent Kompany astoundingly. The return of John Stones has been essential to this ascension, too: from haphazard and untrusted to England certainty again. João Cancelo, another expensive gem seemingly lost at sea, perhaps even cut adrift, is now back in. Many of us are also looking rather stupid, coming to understand precisely why Phil Foden was kept in the dark for so long. Ilkay Gundogan’s form, meanwhile, has been a result of ingenious tactical tinkering. In the last 20 games they have conceded only six times.

Guardiola’s adaptability has been impeccable for a man who supposedly offers a single – if spellbinding – tactical blueprint. Sometimes minor adjustments are all it takes. Sometimes chastening losses, like the one at Leicester, offer much-needed lessons.

Usually, with tidy, round numbers, there’s reason to reflect and gawp but as Manchester City crossed that milestone of 20 successive wins, beating a steadfast West Ham 2-1, the wider fanfare remained rather tepid.

But if they have been so dominant, why has their triumph not been matched in the media?

There are a number of suggestions: Manchester City have been here before, and in some way, their dominance is nothing new. They are simply unremarkable in their remarkableness.

Another cause is that squad value which, quite annoyingly for fans, is often brought up to downscale their success.

But of course, there’s that elephant in the room: the lack of coverage could also be down to the club’s entangling with a foreign state that has often fallen dreadfully short in terms of human rights abuses.

Fans often complain that any sort of compliments seemingly must be matched with a footnote about their owner’s dubious exploits. There’s no getting away from it.

Even in the supposed good deeds by the owners, there is criticism. There’s been the East Manchester Regeneration Project which was supposedly win-win for the poorer areas of Denton and Gorton (but this has faced backlash as reports suggested locals were not happy with the identity of their area being slowly ripped away). Their spellbinding treatment of academy players and last year’s brilliant initiative to create a make-do NHS hospital at the Etihad amid the pandemic, all point to a club trying it’s best to be seen as good.

These positive strides are, however, ultimately futile as people will no doubt see it as a form of sportswashing or a PR campaign.

Manchester City will always struggle to free themselves from such ideals and this has, in places, strained their meteoric rise over the past 13 years or so, in terms of coverage at least. For this, they will never be considered an outright community club, or be in any way an asset to English football, despite every aspect of their domestic character stating otherwise.

There does seem to be a nagging feeling that such issues have made reporters reluctant to speak so highly of Manchester City, which is reflected in pages and on op-eds. Coverage has not been as gleaming as it probably should have. Most reporters would likely vehemently deny it, but there is undoubtedly a legitimate grievance to be had by their supporters who merely want to enjoy watching their team play.

They’ve been tarnished by a reputation they have no control over, but maybe it’s a media duty to be providing a bit more of a neutral platform to one of the most beautiful football teams in the game.

There is no conclusive, definitive right answer and this sad affair will no doubt continue up until their foreign involvement has ended, if that ever happens.

For now, the question remains whether bundling in the brilliance of Manchester City with the deviousness of their owners is detracting from the sport itself.

Maybe – just maybe – a compliment about Stones for his guile in hunting down Pierre-Emerick Aubameyang and garnering his team possession of the ball does not equate to condoning human rights atrocities. This is something that ought to be considered to make one small step in keeping the relationship between the media and the audience fresh, for at the moment it’s as stale as it’s ever been.