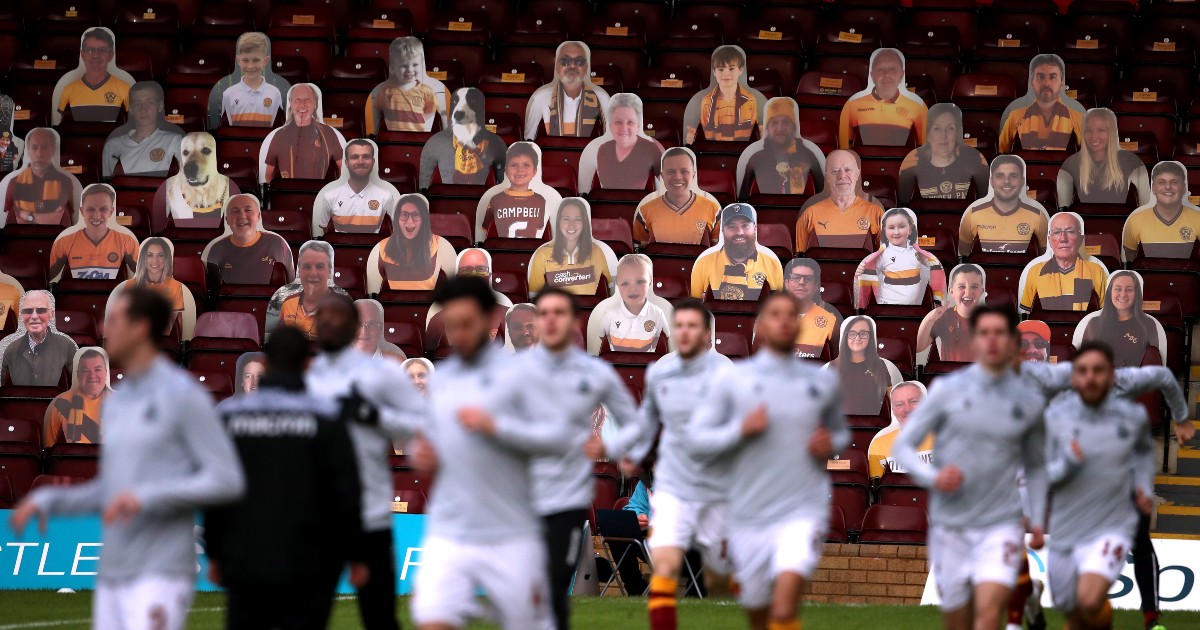 In a week that Jack Grealish transferred to Man City for £100 million, Motherwell FC are giving away season tickets to the hard up and showing that football can never be for the rich.

Jack Grealish is a superb footballer, the kind you dreamed of being as a kid: with close control to leave his playground opponents breathless and devoid of the ball. A swagger contrasted with a shoulder to shoulder toughness, growing up playing Gaelic games. A glint in his eye that suggests he knows how good he is.

Jack Grealish is that good but he’s not worth a hundred million pounds.

Motherwell FC play Scottish Premiership football in one of the most deprived towns in the country. Their motto is ‘We exist to improve people’s lives’.

The life expectancy for males in North Lanarkshire where Motherwell sits is 75.2 for males and 79.4 for females, compared to the national average of 77.1 and 81 in Scotland respectively.

This week, Motherwell FC are distributing £160,000 of free season tickets to unemployed people or those on a low-income. There’s none of the cruel rigmarole instituted from Westminster in the wider case of trying to claim benefits to alleviate poverty, just a simple form to fill in.

We want to give you a free season ticket if you're unemployed or on a low income.

We want everyone to feel part of our club, and enjoy the excitement and community spirit football brings.

Come and join us at Fir Park.

The closure of the steelworks at Ravenscraig in 1992 that gave the gave Motherwell the nickname ‘Steelopolis’ hit hard, a basic removal of a major employer that gave locals a reasonable living. Boris Johnson laughed about the closure of the Scottish coal mines this week but the loss of the ‘Craig’ made working people weep and brought families to their knees.

That could have made the people of Motherwell bitter and wrapped up with the Thatcherite ‘I’m alright Jack’ mentality of trying to claw as much of what is left as possible but it’s not happening at Fir Park. The Motherwell fans chose to refuse season-ticket refunds for matches not played due to the pandemic and funnel the funds to those short of a bob or two in a show of basic solidarity.

Motherwell FC are fan-owned. Their supporters pay upwards of £5 a month by direct debit. There are no oligarchs or mega money transfers but they do distribute food to those in need and contribute to local suicide prevention charity Chris’s House. Motherwell’s fan-ownership group the Well Society are up to 3,000 members, doing huge things with small resources and making decisions like the ‘Well In’ plan to welcome the hard up in with open arms.

Imagine what it does to the wider culture of British football, to only allow in people that can afford expensive tickets to watch a match. Think about what it does to subculture and the sociological mix in grounds, while those that sustained the game through its leaner periods are left to excuse themselves as to why they no longer go to games when the primary cause is financial.

That’s not to say that Manchester City, who in the middle of a killer pandemic have quietly pissed £100million up the wall for Grealish, are the enemy here. Sheikh Mansour has spent vast sums on community projects in the Manchester area. Nor is Grealish in any way greedy, donating a signed shirt to the NHS and doing great work with charities in and around Birmingham.

It’s just that Motherwell are operating as a club that brings a smile to people’s faces as well as the torment of defeat, like any so-called ‘super club’ but reframing what football is and who it is for. They are showing that the people’s game can never be for the rich.