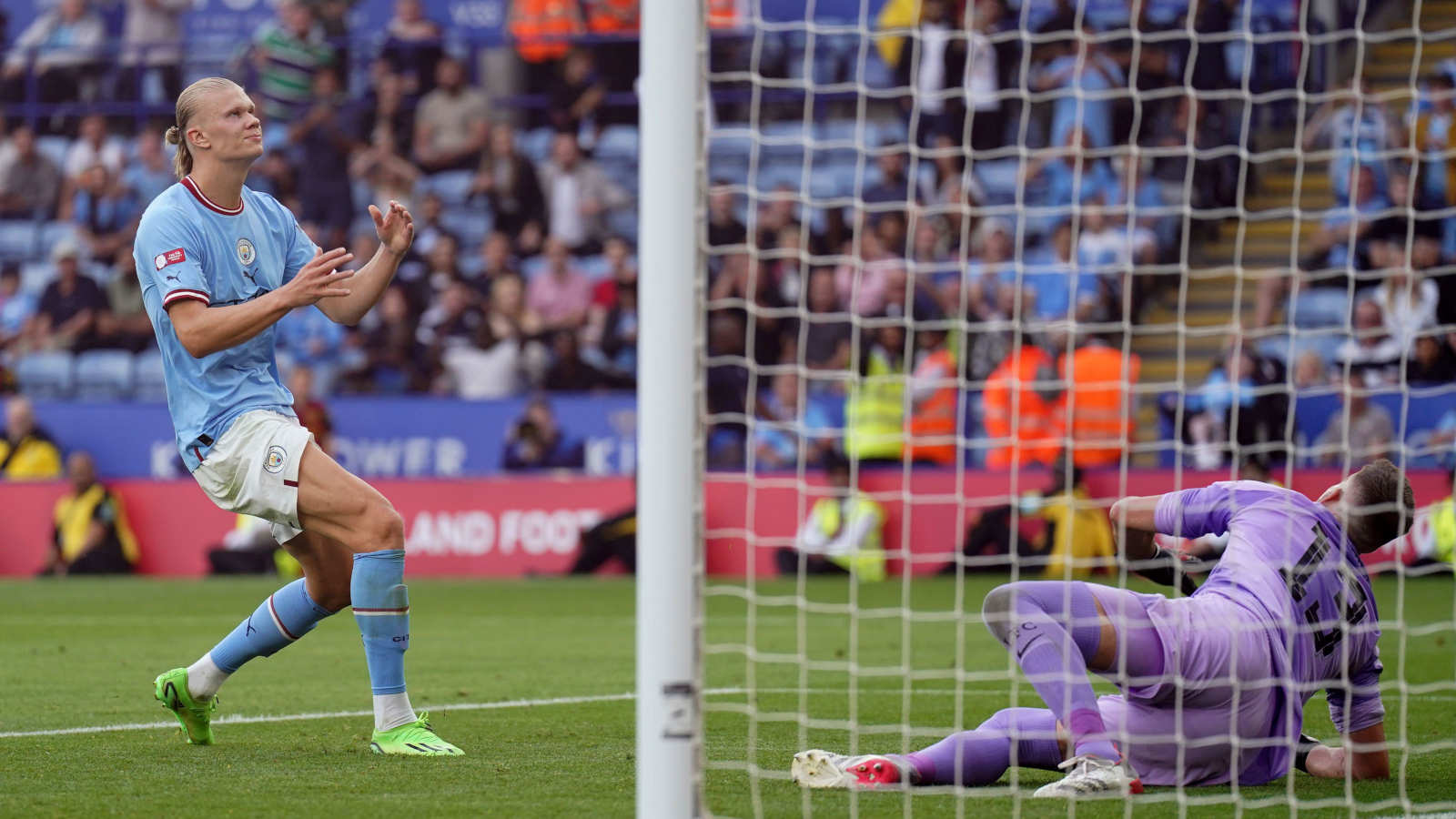 Manchester City will start the season as favourites to win the Premier League, but this doesn’t necessarily make them the ‘value bet’.

Such is the nature of modern football that the reaction was always going to be distinctly binary, but there was little positive that supporters could take from Erling Haaland’s debut for Manchester City in the Community Shield against Liverpool. For the whole of the summer, it has felt as though there has been something approaching a cloud of dread hanging over the Premier League at the thought of this Nordic goal machine joining a team that has been at the cusp of sweeping absolutely everything before it.

Those fears may now have been alleviated slightly. It’s not that Haaland is either incompetent or unable to improve, but his brainwaves seemed so out of synch with his team-mates that it felt plausible to believe that they were operating on entirely different frequencies.

And with less than a week to go before the start of the new Premier League season, that’s more than a minor headache for Pep Guardiola. Points dropped in August cost as much as points dropped in May, and in a climate in which a final points tally in the mid-90s can still not be enough to lift the Premier League title, that matters. There’s no space for a slow start.

Football loves its simple equations, and ‘Manchester City+Erling Haaland = more goals and consequently more trophies’ has a tempting clarity, but as the Community Shield demonstrated it’s seldom quite as simple as that. Coupled with the sales of Gabriel Jesus and Raheem Sterling to Arsenal and Chelsea, the arrival of Haaland is a remoulding of the way in which Manchester City attack, moving from False Nines to Very Definitely A Number Nine.

But such a change requires a lot of work and buy-in from the player’s team-mates, and even with the very best intentions of all involved, it may take some time for this adaptation to run completely smoothly.

Of course, Manchester City are about considerably more than this one particular player, and City’s other attacking arrival looked in far better shape to be integrated into the team. Julian Alvarez’s transfer had been agreed in the January transfer window, but he didn’t arrive from River Plate until the end of the season.

The surge of Haalandmania over this summer has left the Argentinian forward somewhat overlooked, but he showed few signs of being unable to cope with the physicality of the Premier League in that Community Shield match, and the positives of his performance against Liverpool negated some of the criticism levelled at Haaland, scoring their only goal of the game and putting in a considerably more bothersome performance for Liverpool’s defence than his team-mate.

They’ve had a slightly mixed summer in the transfer market. The Haaland move was planned long in advance and wasn’t a surprise – and if he was a bargain, this was because City triggered a release clause in his Borussia Dortmund rather than on account of any particular negotiating skill on their part – and the prising of Kalvin Phillips from Leeds United to replace the ageing Fernandinho, who’s returned to Brazil and Athletico Paranaense, was a relatively seamless transfer that seems to have suited all parties.

City’s interest in Brighton’s Marc Cucurella was a different matter. Their bid for the player was so wildly short of Brighton’s valuation that it’s difficult to avoid the temptation to assume that City were trying that age-old trick of using a deliberately low transfer bid to unsettle the player as the first step towards forcing through a transfer against the wishes of the selling club.

If that was their intention, it only half-worked. Cucurella seems to have been unsettled enough to now be heading for Chelsea, who are understood to be far closer to Brighton’s valuation.

Indeed, this year City have had more success selling than buying. The sales of Gabriel Jesus, Raheem Sterling, Ferran Torres and Oleksandr Zinchenko have already raised more than £175m for the club since January, another display of how money breeds money.

The notion of ‘squad players’ seems somewhat outdated in a squad game, but to raise that sort of money from the sale of players who were evidently not considered essential by Manchester City themselves says something about the distribution of playing resources in modern European club football.

There are certainly Manchester City players going into this season with a point to prove. The £100m that City paid for Jack Grealish felt like an albatross round the player’s neck for much of last season, and with a World Cup coming at the end of this year, the winger has to hit the ground running this season, both to force a more regular place in City’s first XI, but also perhaps to stake a claim in the England team for their trip to the Middle East.

But what is (now always) most striking about Manchester City’s squad ahead of the new season is how much quality continues to run through it. This isn’t just the higher-profile names. Two of City’s very best players last season, for example, were Bernardo Silva and Joao Cancelo, and it may be instructive that Cancelo was quickly shuffled into Raheem Sterling’s number 7 shirt for the new season. And then there’s Riyad Mahrez, who was their top goalscorer in all competitions last season, with 24. City continue to have top-quality players and back-ups in all positions across the pitch.

And, of course, the Champions League has thus far remained beyond their reach. A club with the financial resources of Manchester City shouldn’t have to prioritise between this competition and the Premier League, but should fixture congestion start to build for any reason, might Pep Guardiola prioritise the trophy that has eluded them over the one that they’ve won for four of the last five seasons?

To do so, as PSG found last season, carries an element of risk because the variables can be so great. Putting all your eggs in the basket of a competition with the actual jeopardy of a fairly lengthy knockout stage against the rest of Europe’s best would be a high-risk strategy, and Pep himself has admitted to overthinking those big European nights before. Success in the Champions League remains the ultimate goal of this project, but there should be no need for them to have to prioritise. They have the resources to pursue both, and to do otherwise would feel like putting the cart before the horse.

Considering the end of last season and the changes made over the summer, this season’s Premier League title race seems as difficult to call as last year’s. But in an environment in which every dropped point can have long-lasting ramifications, the absolute certainty with which some have been tipping Manchester City has bordered on blithe.

It should be obvious that there is still enormous talent within this squad, and that the manager understands the tasks at hand better than any of us peering in from the outside. But football’s simple equations don’t always add up, and while Manchester City will obviously be there or thereabouts by the end of the season, whether they are ‘there’ or ‘thereabouts’ matters, and while Manchester City are the long odds-on favourites to lift the Premier League title this season, they may not be the ‘value bet’.