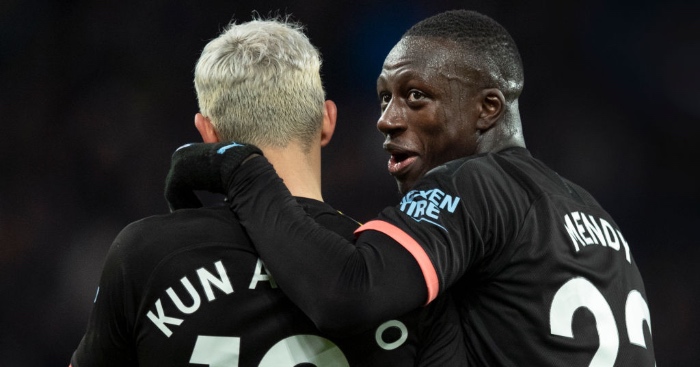 Pep Guardiola’s side could start next season as reigning Premier League champions, despite sitting 25 points behind Liverpool as things stand. A small, falsely gratifying, solace after what has been a season to forget on and off the field for Manchester City. Whether they are playing Champions League football or not, the next transfer window looks set to be a busy one for Guardiola, as he looks to rebuild his squad. We’ve looked at five players he can build around, and here are five he can do without…

John Stones
Enough is enough. Pep Guardiola continues to back Stones in the media but clearly no longer trusts him. The England international looks like a rabbit in headlights any time he takes to the field, and duly gets run over as his feet get caught under his body. The more he tries to play ‘the City way’, the more likely he is to make a blunder. The more blunders he makes, the less keen he is to ‘play the City way’. A move would suit Stones, City and England.

Benjamin Mendy
It’s just not really worked out for the Frenchman. Neither him nor Oleksandr Zinchenko have nailed down the left-back spot, and not because they’re equally brilliant. Other than a short burst of games after arriving at the Etihad in 2017, the Premier League has seen very little of the bombarding attacking threat Mendy posed with Monaco. The way in which City play, with their wingers very wide, isn’t conducive to overlapping full-backs, which often sees Mendy’s talents wasted as he infuriatingly turns out and plays a five yard pass to someone who can do what his limitations prevent. Zinchenko is also not the answer.

Leroy Sane
Bayern Munich came very close to signing Sane last summer, with City angered by then-manager Niko Kovac insisting he was “very confident” a deal would be done. Guardiola is consistently stand-offish when asked about Sane’s future, and appears resigned to losing the German winger. But there’s no doubt they’ve missed him this season, with Raheem Sterling clearly out of puff having been run into the ground on the left side of City’s attack. There are few – if any – better in the Premier League at running at pace with the ball at their feet. Losing him could be a big mistake, but one they look to be taking on the chin.

Nicolas Otamendi
The anticipation when anyone is running at Nicolas Otamendi is one of the great joys when watching Manchester City. The suspense is not in the prospect of what Otamendi will do – he will make a rash challenge – but in whether the forward skips past him or is poleaxed by the Argentine. Both options are equally enthralling. A shrug of the shoulders as he trots away with his opponent prostrate on the floor is some damn fine entertainment, as is him toppling over after the faintest of body swerves as a striker bears down on goal. A good servant for City and Guardiola, but they won’t win the Premier League again with him as first choice.

Sergio Aguero
Hear me out. Manchester City don’t need an upgrade on Aguero, that would be nigh-on impossible. He is one of the greatest Premier League players of all time: A ridiculous goalscoring record; the perfect striker for the ball to fall to with a title on the line. But with Jesus growing tired of playing second fiddle and other potential purchases presumably put off for the same reason, City may see a short-term loss as a long-term advantage. With David Silva leaving at the end of this season, following the departure of Vincent Kompany last summer, it does feel as though the first era of City Premier League legends is coming to an end. At 32 the Argentine could be looking for one more big move, and there’s something to be said for leaving somewhere near the top of your game.