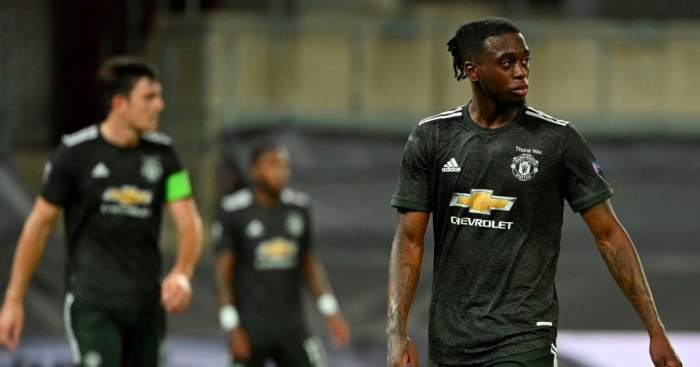 Manchester United’s 370th day of the season was their last as they crumbled to their third semi-final defeat of the season. A penalty, of course, but multiple missed chances and some appalling defending meant Sevilla came from behind to reach the final of the Europa League. Leaving United perplexed, angry and frustrated after a game they really should have won.

The referee ignored the unwritten rules of officiating in the seventh minute. Felix Brych paradoxically correctly awarded a penalty that isn’t 99 per cent of the time. A slightly mistimed tackle meant Marcus Rashford was felled following a shot in the penalty area. Normally, bizarrely, these aren’t given as penalties. It was a very nasty challenge, with Rashford sporting the memento of stud marks on his shin, but again normally the severity of the tackle makes no difference in this situation. It was refreshing. Bravo, Felix.

A penalty is as good as a goal for United these days, and Bruno Fernandes dispatched the team’s 22nd of the season – his eighth – with the usual hop before both placing and smashing the ball into the top corner.

Both teams were afforded incredible amounts of space and time on the ball. Fred nearly took advantage to double United’s lead, but Sergio Reguilon and Lucas Ocampos were causing a very lonely Aaron Wan-Bissaka all sorts of problems.  The deficiencies on United’s right side – with Mason Greenwood doing very little to help out – were made clear on at least two occasions before Sevilla drew level.

Reguilon breezed past Wan-Bissaka – who looked out on his arse in the 26th minute – to pick up a return pass from Ocampos before firing across the box. Former Liverpool man Suso was on hand to place the ball into the corner of the net with one of those finishes that is difficult if you score but a sitter if you don’t.

The next 40 minutes – split by half-time – belonged to United. Martial’s build-up play was stunning but his finishing was off. The goalkeeper made some excellent saves with his feet, but he had to score at least one of the three gilt-edged chances he had in a bonkers ten-minute spell after half-time.

The opportunities he and his teammates spurned meant the game had the look of one of the most one-of-those-days days in recent memory. And so it proved.

The first time United had come under any pressure in the second half, they conceded. Jesus Navas broke the no-end-product mould of his Manchester City days to whip a dangerous ball into the box. Luuk de Jong had the company of three United defenders, but not their attention. And he inexplicably tapped the ball home from six yards, unchallenged.

It was bad defending from everyone. Paul Pogba made a very Pogba-like attempt to win the ball in midfield (i.e. he didn’t), Brandon Williams didn’t get close enough to Navas to block the cross, Harry Maguire was way too far ahead of the front post, as was Victor Lindelof.

The commentators and Fernandes may be having a go at Lindelof, but what planet was AWB on there? At fault for both goals.

But more of Robbie Savage’s disgust at Lindelof, and some of Fernandes’ bollocking of the Swede should have been reserved for Wan-Bissaka. What planet is he on? Even if Lindelof should have picked De Jong up, Wan-Bissaka can see that he hadn’t, so he’s got to deal with it.

Yes, he’s tired, but aren’t they all? Exhaustion isn’t an explanation for a right-back hailed as the best defender in the business simply ignoring a striker standing the wrong side of him in the box. He can only expect to keep his place in this United team if his defending is exemplary, such is his poor contribution in the attacking third.

Before the game, Solskjaer was adamant he needed more bodies at United, not just as squad players but to improve the “quality” of the first team – he’s right. They’ve been given an easy ride post-lockdown, dispatching the likes of Bournemouth and Brighton, but – apart from beating a downtrodden Leicester on the final day – losing to the only sides that are a match for them, Chelsea and Sevilla. They’ve got a long way to go to actually be as good as many have lauded them to be.

It’s odd to suggest United need to strengthen their defence given their excellent record this season, but while they may have won the game with Jadon Sancho, they definitely would have done with better defenders. Solskjaer should start there.