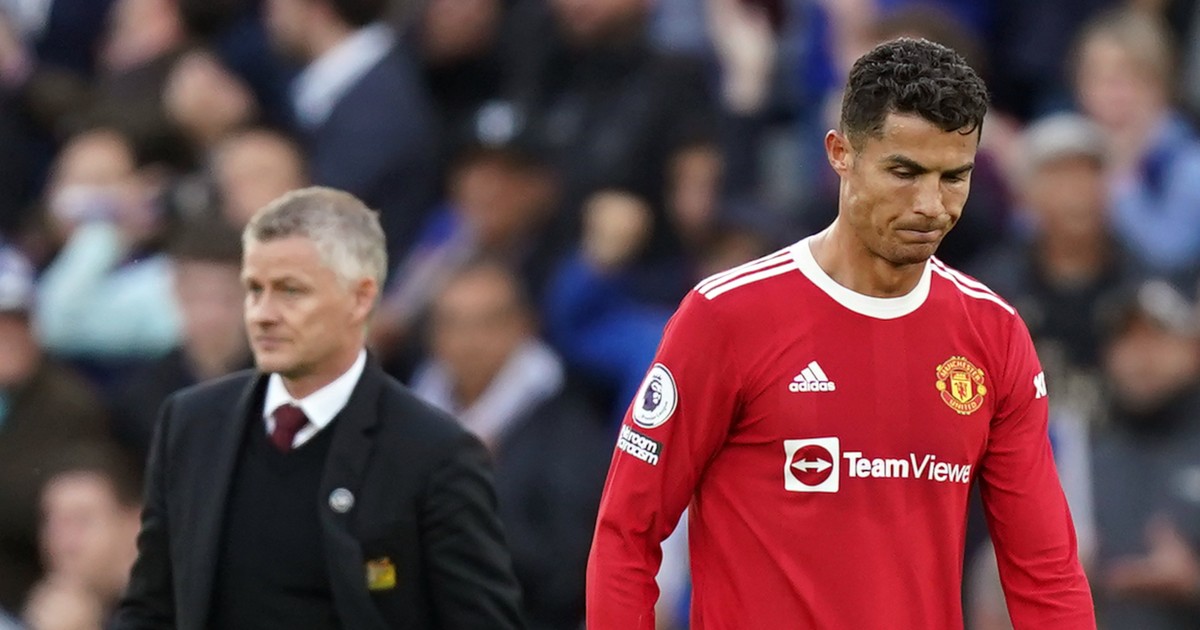 Manchester United are all icing and no cake under Ole Gunnar Solskjaer and his ‘just do something’ mantra. It’s time to confiscate the keys.

Why haven’t Manchester United put Ole Gunnar Solskjaer out to pasture before now? Maybe they just feel sorry for him. Maybe they like him, think he’s a nice chap and doesn’t deserve the auld tin tack. Maybe they think he’s doing a good job. After all, they’re sixth and have only lost twice. On paper, and on spreadsheets, maybe all looks fine. Or more likely, the fact that despite it all, the club continues to rake in money hand over fist from fans, from ‘trusted partners’ and the many other commercial pies they have their fingers in justifies having him in situ.

However, even a casual observer can see that on the pitch the team is an absolute mess. Far more clever minds than this one have explained in detail exactly what is wrong and what they need to do to correct those wrongs. Mostly this seems to involve not playing Fred, having more defensive depth and buying midfielders who are not Fred. While I’m sure this would help, more than anything else their problem is a cultural one borne out of a feeling that ‘this is Manchester United, something will turn up’. It is a feeling the manager promulgates by his very presence. It may keep some fans on board, fans who like the self-reverential iconographic element to this thinking. But that’s the problem: you can’t run a club on nostalgia and belief in your own exceptionalism; you need systems and structure.

Quite what the coaches are actually coaching is anyone’s guess. It is not obvious on matchday. They’ve apparently got a set-pieces coach who seems to have had zero impact. The team looks confused. Are they pressing or are they not? If they’re supposed to be, it is very half-hearted. Some don’t even bother. On Saturday they allowed Leicester to pay through them at will while they just stood and watched.

The team behind Solskjaer must take their share of the blame. This is a collection of fantastic players – quite possibly the best in the league – but their only tactic is for someone to ‘just do something’. To pull an outrageous trick out of the bag, lash in a 30-yarder or beat four men and volley it home. Hence the two goals they scored against Leicester City. Both wonderful in their own way, but rather than these just being the icing on a well-baked cake, there is absolutely no cake. Just icing.

They can’t or don’t play to a specific system. It’s hard to know how they’re trying to play most of the time. This is a direct consequence of the ‘just do something’ culture. When you just hope one of your players will use their outrageous skill to manufacture a goal, there may seem to be no point in having a coherent architecture to your side, no point in carefully working out your positions in various situations, no point in tactics as such. But there really is. You need a context within which to play, or it is all too chaotic and random.

This ‘just do something’ philosophy also helps explain the long-running ‘Ole – is he any good or not?’ conundrum. It explains why they can go on long undefeated runs yet still look so near collapse so often. Brilliant players can get you out of a lot of holes a lot of the time, but not often enough to be a serious challenger for a trophy or title. And sometimes your lack of organisation will mean you concede more goals than you can score, especially if you’ve got a central defender who has just come back from injury and is off the pace and has a turning circle of a tanker stuck in a canal. And not when you play Jadon Sancho on the left when you bought him for the form he showed on the right.

But that’s all part of ‘just do something’. Yeah, he’s out of position, but he’s brilliant so he’ll just do something. But players can’t always do something and it overlooks the fact that you’ve got a much better chance of them doing something if they have a notion of what it is they’re trying to do and how they’re expected to play. As it is, they’re expected to pull rabbits out of the hat despite not knowing where the hat is, or if any rabbits have been put in it.

Ole looks empty and powerless and he looks like he knows it, too. He is an observer rather than a participant. He is relying totally on the ‘just do something’ philosophy to win a game. He wouldn’t express it in those terms, may not even understand what he’s doing, but the evidence is before us on the pitch in every game.

The club may feel it doesn’t matter too much because all these big stars with the big skills are still pulling in big money for them. In fact, that must be how they feel because it is so glaringly obvious that a manager with real talent for team-making could do so much with these players and that Ole can’t.

It’s getting embarrassing now and unless something is done, it’ll get even more embarrassing for all concerned. It is actually uncomfortable to see the manager be interviewed. No-one should feel sorry for the manager of a football behemoth like Manchester United, but you do when you see Ole. That’s how bad it has become. The club is living off the fumes of a greatness that is long missing in action. It has mistaken nostalgia for truth.

The time has come for this clown car made from Maserati parts to be parked and its driver relieved of the keys for his own good.