Home F365 Says Manchester United and Martial: When breaking up is easy to do 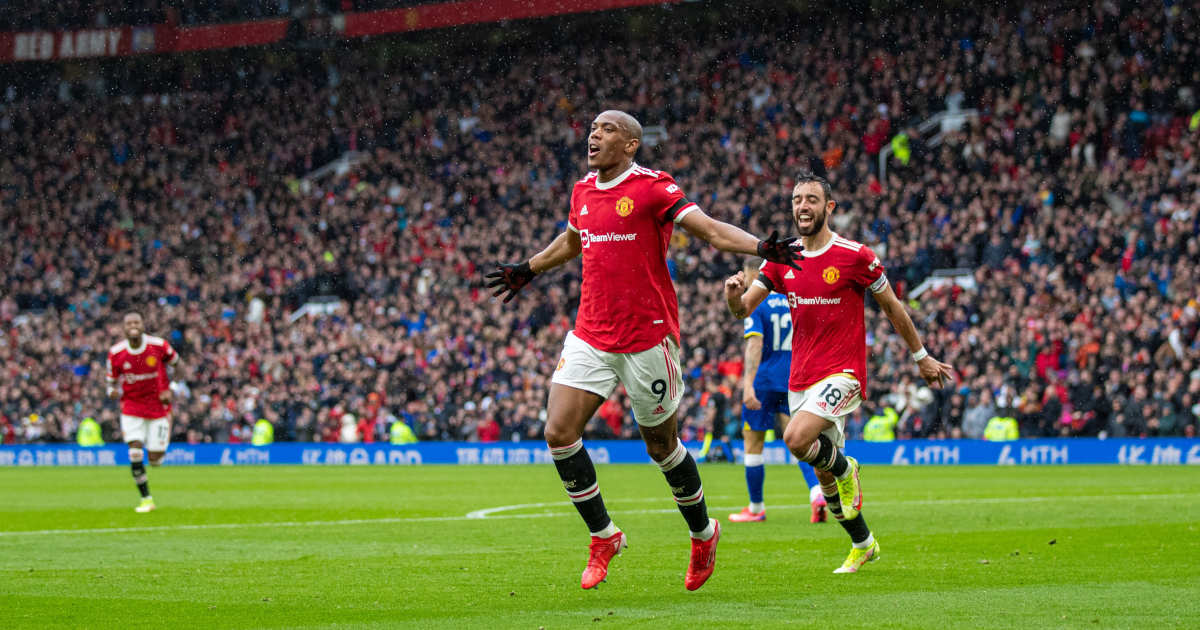 Manchester United and Anthony Martial never quite worked out, but at 26 years old the forward still has time to reboot his career.

Sometimes it’s healthiest just to admit that things haven’t worked out as hoped for and move on. After six and a half years with Manchester United, that seems to be the state of things for Anthony Martial, and the confirmation from Ralf Rangnick that Martial has informed the club of this just in time for the January transfer window seems to indicate the forward’s exit from Old Trafford must be coming soon.

When Martial arrived at Old Trafford at the end of the summer 2015 transfer window from Monaco, there was considerable hope that he could be the player to shake Manchester United out of their post-Ferguson blues. He was the most expensive teenager in the world at the time, costing United at least £36m and as much as £58.8m with add-ons and bonuses.

This was considered a lavish amount of money to be paying for a 19-year-old. Even Louis van Gaal said at the time that “I have not bought Martial for me, I have bought him for the next manager of Manchester United,” describing the fee as “ridiculous” and reflecting upon the belief that Manchester United are regularly quoted higher prices for players than other clubs.

But initially, it didn’t seem as though the hefty price tag was going to be too much of an issue for Martial. He made his debut midway through the second half of a delicately balanced Premier League match against Liverpool and scored a delightful goal to seal the win. Eight days later he was back on the scoresheet with two strikes in a victory at Southampton on his first start. After just a few weeks in England, Martial was voted the PFA Fan’s Player of the Month.

Over the subsequent six years, Martial’s issues at Old Trafford have been more about consistency than ability. Few believe that he doesn’t have the latter in spades – he demonstrated plenty throughout the 2015/16 season – but when Van Gaal was sacked within minutes of the 2016 FA Cup final and replaced by Jose Mourinho it impacted upon Martial, too.

In summer 2016, United signed Zlatan Ibrahimovic. Despite having scored 17 goals in 49 appearances in all competitions during the previous season under Van Gaal, Martial was pushed out onto the left wing when he did play under Mourinho, and many of his appearances came from the bench. Ibrahimovic’s arrival and the emergence of Marcus Rashford, a very similar player in some respects, pushed him significantly down the pecking order.

His downward trajectory within the club wasn’t uninterrupted. At the end of the 2016/17 season, he was a substitute against Ajax in the Europa League final win, and his profile increased again following the departure of Mourinho. Under Ole Gunnar Solskjaer, Martial scored 23 goals in all competitions in 2019/20 – his highest career tally for a single campaign.

But the decline in his fortunes was real. Last season, it took him until the week before Christmas to record his first Premier League goal, and he ended the season with just four in 22 appearances. And there has been little sign that he would get a more sustained run in an attacking position, either, with Manchester United having continued their tendency to sign more experienced players in those positions where possible. In October 2020 it was Edinson Cavani. In August 2021 it was Cristiano Ronaldo, while a couple of months earlier they’d spent £73m to prise the well-seasoned Jadon Sancho from Borussia Dortmund.

This season, Martial has only scored one goal in ten appearances – hardly the sort of form that was going to get him an extended run in the first team. Nevertheless, his agent had told Manchester United that Martial was ready to move on earlier in December, and the confirmation from Rangnick that he would be allowed to leave Old Trafford in the January transfer window on the eve of it opening would seem to be the final piece in the jigsaw that will allow him a fresh start.

But where might that fresh start be? Well, Arsenal may be looking for a replacement for Pierre-Emerick Aubameyang, though whether they even need one is open to question considering their recent form. Newcastle United will be linked with every single player who’s considered to be in the slightest bit available over the next month or so. Elsewhere, Lyon haven’t yet found a successor to Memphis Depay and it might be argued that a move back to his home country might do Martial some good, but it has been reported that Martial’s own preferred destination would be Sevilla.

Of course, when a player is considering leaving the Premier League their wages can become an issue. Martial is on £250,000 a week at Manchester United. Matching this would make Martial Sevilla’s highest earner, but they are certainly in need of a goalscorer. Second place in La Liga behind Real Madrid is impressive, but the gap is eight points with a game in hand and their highest scorer so far is Rafa Mir on just six. They may well be open to spending heavily if it increases their chances of becoming the Spanish champions for the first time since 1946, and the second in their entire history, but for now their move has been for a loan only.

By the standards of most professional players, Martial’s time at Manchester United was hardly a disaster. He won a couple of trophies, made 268 appearances and scored 79 goals. But this is Manchester United, where the expectations are always sky high. Other players have failed harder at Old Trafford than Martial has, and even though he’s already played more than 350 senior games across his career, at 26 years old he still has the opportunity to rebuild elsewhere and get the playing time that he craves. Sometimes there doesn’t have to be any drama; it’s okay to just say that it hasn’t worked out. In this particular case, it certainly feels as though it would be the best for all concerned to part.