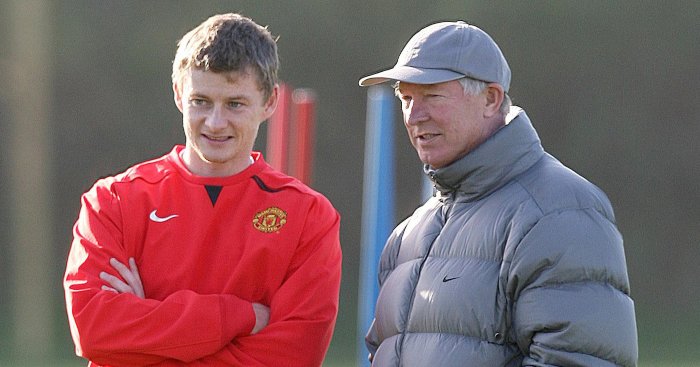 Are Manchester United back?

As they top the table for the first time at this point in the season since 2013 it looks almost like an aberration, because we’ve become so used to them not being leaders.

So a question must be asked: are they any good? It’s an odd question to have to ask of any table-topping club, but then this side is a bit odd because they don’t seem very good. They seem…well…alright. Sometimes they function well, smoothly and effectively. Other times they look leaden, lumpen, bereft of ideas and dull.

Rashford must pick between Man United and feeding children

We have become used to the sides at the top of the Premier League, and especially the winners, being really good teams playing really exciting football. Chelsea, Leicester, Manchester City and Liverpool were all fabulous outfits who have played great football since United’s last title win. That can’t be said of this United.

But then, they don’t have to be great. All you have to do is be one point better than the next side to win the league. There’s no requirement to play fabulous football. It’s not United’s fault if all the other clubs are either worse or more inconsistent than they are. There’s no points for artistic merit in this game, just for getting the job done and picking up the money is everything.

However, United are a different beast. They are not a mere football club, they are a global brand and a global brand relies on having brand values. United’s brand value is rooted in the glory Sir Alex Ferguson years. All the cliches about United were set from 1992-2013. We’re all familiar with them. The late winners; the dramatic comebacks; the fluent, dynamic wide play and counter-attack. History paints them as a thrilling team and their brand glamourised by that reputation.

But in recent years, that reputation was tarnished. They looked like losers. And losers are less attractive. Those for whom football is more an exercise in shopping for brands than a community sport found their football club of choice was delivering less customer satisfaction than they had become accustomed to. Maybe it was time to trade it in and buy into another brand?

So you’d think a league title win would certainly help retain those brand-aware supporters as future units of revenue generation. But will it? Winning is good for business, but winning by virtue of being the best of the worst is a different sort of winning. For a side that once used to dominate the league, scrambling to a title via patchy games played by a team that frequently seems to be a bit pedestrian and is hardly a line-up of the shiniest talent in world football might not be enough to restore the brand to the pinnacle of world football and once again be the premium product placed at eyeline on the gondola of the global football supermarket.

In a world of upmarket designer suits, despite being expensively assembled, United look what we used to call, “a little bit Slaters”. It is a menswear store that famously sold suits for incredibly low prices (they still have a £65 two-piece which you have to say is amazing value), with what we might call a relaxed attitude to tailoring and quality.

The other big brands – Arsenal aside, obviously – still look far more attractive to shoppers looking for a better return for their investment and likely will do so even if United win the league by victories against Burnley by a single goal.

Of course, old Manchester United sides used to grind out victorious seasons, too, but they are ignored in the marketing of the brand. The trouble is, the sort of hagiography that marketing a brand like Man Utd relies on to pull in new punters is hard to sustain in the face of ongoing quite average reality.

Add in the fact that this weird season – if it is completed, which is far from guaranteed – will forever be one with an asterisk alongside it, and it’s hard to see this as the second, or perhaps third, coming of Manchester United. If, as I predicted at the start of the season, they do win this title, it will be just one stepping stone back to the summit, rather than the end of the climb.

But that being said, top is top and you can’t beat being top.