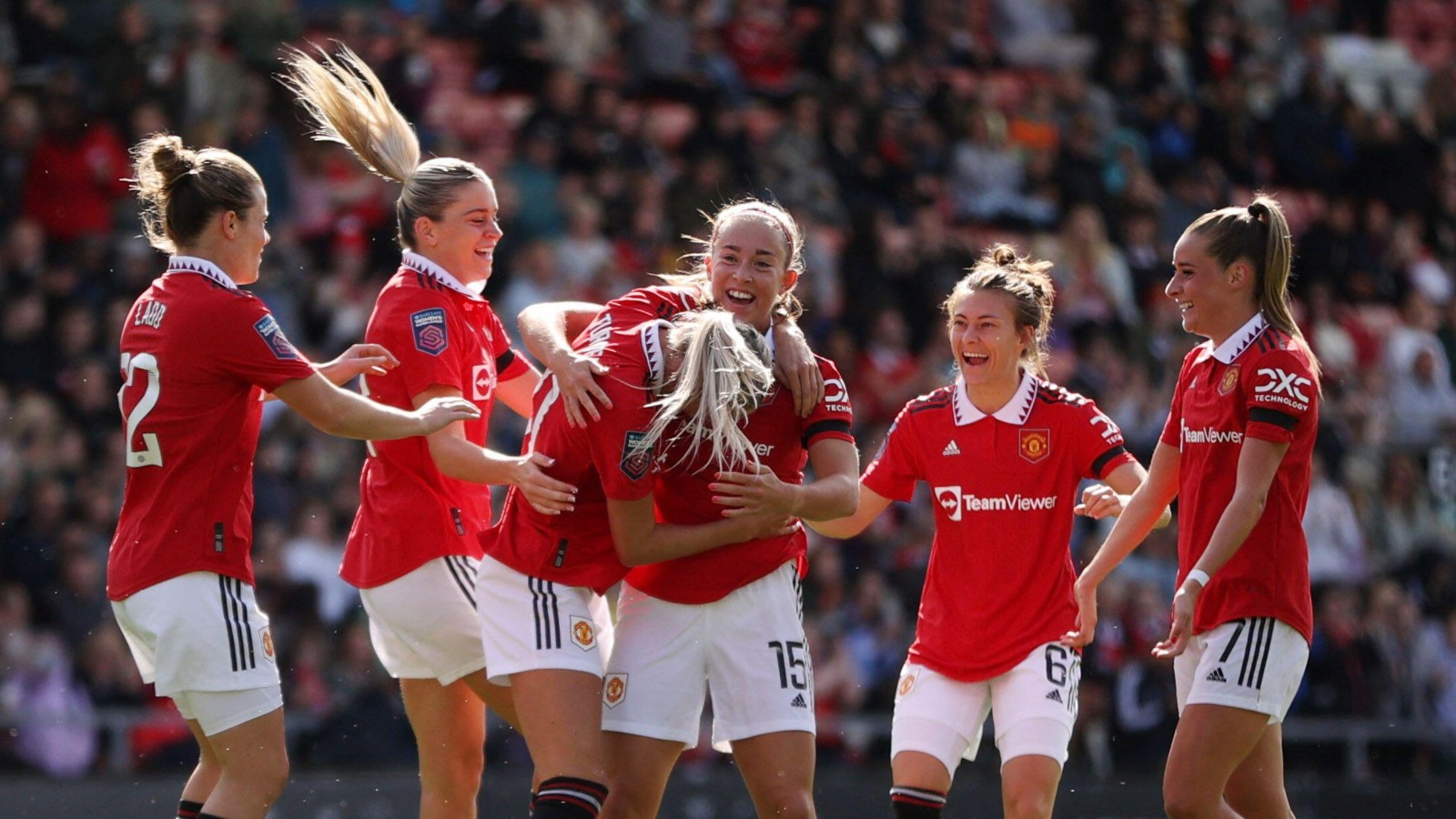 Manchester United are far behind Manchester City in the Premier League but that gap is closing rapidly in the Women’s Super League.

The Manchester derby is still relatively fresh in the women’s game, having only made its WSL debut in 2019.

Despite its youth, its already one of the most hotly-contested rivalries in the top flight, having served up dramatic encounters, record attendances, multiple red cards and wonder goals in its short history – although admittedly, Caroline Weir is responsible for the majority of the latter.

However, despite the drama, intensity and bite surrounding the rivalry, it is a fixture Manchester United have only emerged victorious from over the course of 90 minutes on one occasion: a Continental Cup group-stage match back in October 2019.

United have finished behind City in all three of their seasons in the top flight, stuttering in the second half of the 2021/22 campaign while City enjoyed a resurgence to storm into the final Champions League spot at United’s expense.

But the gap between the pair has been closing: from 17 points in 2019/20, to eight the following campaign and then just five last term. Could this season be the year that the red side of Manchester leapfrogs the blue?

The roles have almost reversed this term. Twelve months ago, it was Manchester United who had a rebuilding, transitional season on their hands. Marc Skinner took the reins just five weeks before the campaign kicked off, meaning he hadn’t been afforded a proper pre-season and hadn’t truly had the opportunity to put his stamp on the squad.

Now it’s City who are in the midst of a transition following a squad overhaul, with eight permanent exits and seven new arrivals. Five of those to depart City were first-team regulars – including, much to the relief of the Red Devils, Manchester derby headline act Weir.

“Ellen’s (White) retirement and Keira (Walsh) moving late was a bit of a jolt,” Gareth Taylor said of City’s summer. “Up until that point we were probably in a pretty good place.

“We’ve lost WSL experience but we’ve brought in players we think are very good for the future. A lot of changes but we’re pretty happy and content where we are as a squad of players.”

City have recruited well this summer with the additions of an assortment of exciting young talent. All seven of their new recruits are senior internationals. However, the squad has not necessarily been strengthened; these players have been brought in to fill the void of the big name stars who have moved on.

This was laid bare during their WSL opener against Aston Villa, as they were torn apart by an energetic front four and just looked a little bit lost.

A dream debut for me at the Villa 💙💜 Couldn’t be more delighted with that win. Unreal performance from the girls #UTV https://t.co/jthMktBXum

Speaking ahead of the season, Taylor stated he was targeting the WSL title this term, but having been forced to make up points after injuries derailed the first half of their 2021/22 season, they may be playing catch up again this time around as the pieces of their new-look squad gradually click into place.

United, meanwhile, have lost Jackie Groenen, but are otherwise in a stronger place in comparison to this time last season. Maya Le Tissier and Lucia Garcia both impressed on their United debuts against Reading, while they had the luxury of bringing Nikita Parris, Jade Moore and Adriana Leon on from the bench.

Groenen departed United for PSG to play Champions League football. With how the season is shaping up, this may not be a problem the Red Devils are forced to face with other stars this time next year.