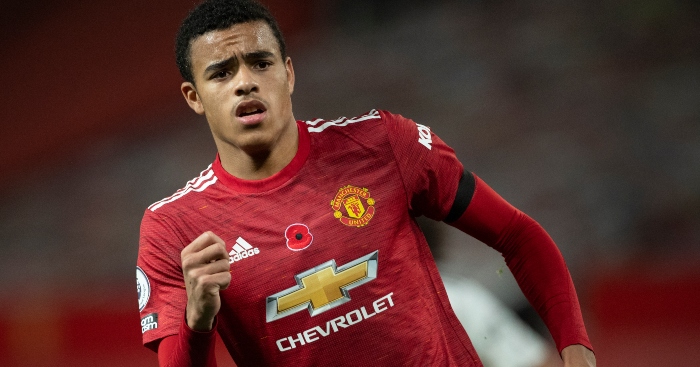 If Mason Greenwood was ill last Friday night, as Ole Gunnar Solskjaer suggested, perhaps the Manchester United attacker is suffering from a case of sophomore slump.

That is certainly the inference from the reports circulating this week that United are growing increasingly concerned by Greenwood at the start of a difficult second season for the 19-year-old.

United have denied some of the details that have seeped out of Carrington in recent weeks, but the overall picture certainly suggests some of the intense excitement around Greenwood has given way to anxiety over how the teenager is handling his ascent to the top.

Of course, it could all be b*llocks. There is a possibility that Greenwood is meeting every lofty expectation placed upon him. Maybe he is sleeping like a baby at night, napping like a pensioner during the day and absorbing every nutrient available from every possible source in between yoga and ice baths.

But the sources and volume of the stories reporting that Greenwood is showing the temerity to shun the lifestyle of a Trappist monk suggest that there is indeed some concern over the teenager’s choices.

That’s what we have to remember here. At the heart of all the hype and all the expectation is a lad recently turned 19 years old with more money and possibilities than the vast majority of the population outside the Premier League bubble could dream of. It would be weird, and a little wrong, if Greenwood wasn’t enjoying the lifestyle his talents have earned while becoming accustomed to a way of life many of us probably couldn’t be trusted with.

But there is obviously a balance to be found, for both Greenwood and United. On the club’s part, they seem to be petrified of the prospect of Greenwood not fulfilling his immense potential. After all, they’ve been hurt before.

Greenwood is the most natural talent to come through United’s academy since Ravel Morrison who, for a variety of reasons known and unknown, failed to make the most of his rare gifts. ‘The best kid you will ever see’, according to Sir Alex Ferguson, never played a Premier League game for United and since the great manager eventually accepted defeat over the Whythenshawe-born prodigy, he has flitted around England, Wales, Italy, Mexico, Sweden and Holland looking for whatever it was he couldn’t find at home.

The obvious contrast to Morrison is Cristiano Ronaldo, and it is the Portuguese megastar who is reportedly being pinpointed by United coaches as the example to follow. No pressure there then, kid…

The Ronaldo Plan is indeed a wholesome blueprint for any young player. But near-impossible to abide by too. Ronaldo’s innate drive and determination to be the best player on the planet is unparalleled, these are the unique traits that have made him one of the greatest ever. Unique because so few individuals could hope to sustain his mentality while retaining their sanity.

So Greenwood isn’t living up to Ronaldo’s standards? So what?

It shouldn’t be forgotten either that Ronaldo liked to enjoy the trappings of fame when he was bursting on the scene. And, at times, he frustrated the hell out of senior pros too while his talents were being refined by Ferguson and his coaches.

Ronaldo also had many more positive influences around him. When his standards slipped, as they invariably did, the likes of Roy Keane, Gary Neville, Nicky Butt, Paul Scholes, Nemanja Vidic and numerous others were there armed with all the carrots and sticks any young player could hope for.

Greenwood simply does not have those presences by his side in this United squad.

Though it is a factor, it is not an adequate excuse for the England forward, who will remain at home this week while Gareth Southgate gathers his squad. Greenwood’s absence is a consequence of his actions in Iceland and his form since, two rare deviations off the fast track to the top that the forward has been journeying on since he was at school.

His recent misdemeanours illustrate that Greenwood can make better choices – can’t everyone at 19? United can only do so much to help guide him and they have to allow him some mistakes rather than expect Ronaldo-esque levels of perfection, which even the man himself could not achieve in the infancy of his senior career.

It is possible that Greenwood has found it all easier than Ronaldo did as this point. Greenwood notched 17 goals in his first season as senior player – Ronaldo had 15 after two seasons – and he took to the Premier League like a fat lad to a buffet, making the step up look as easy as he has at every stage in his development so far. Greenwood wasn’t old enough to vote, drink or open a bank account in his own name when Solskjaer was telling everyone that he was “one of the best finishers I’ve ever seen”. Without the motivation of having to prove that he belongs at this level – because even as a schoolboy he so clearly did – a dip in drive is perhaps understandable.

At the same time, almost in the same breath, Solskjaer added: “When I first came here, I found a kid who just wanted to play with his mates in Under-18s, but now his appetite is growing.” The desire will continue to grow as the teenager does.

Amid claim and counter claim, it does seem that Greenwood may have hit some bumps in the road. He doesn’t yet maintain Ronaldo’s intensity and likely he never will but neither is he coping with the issues that forced Morrison off the road to success. In all probability, he will do just fine and likely pull his weight in attempting to drag United back to the top.

Greenwood, of course, has a duty to his club and most of all himself to harness his talent in a responsible way. The rest of us, United especially, should take a breath and allow him the opportunity and time to grow, even if such patience has not been required up to this point.