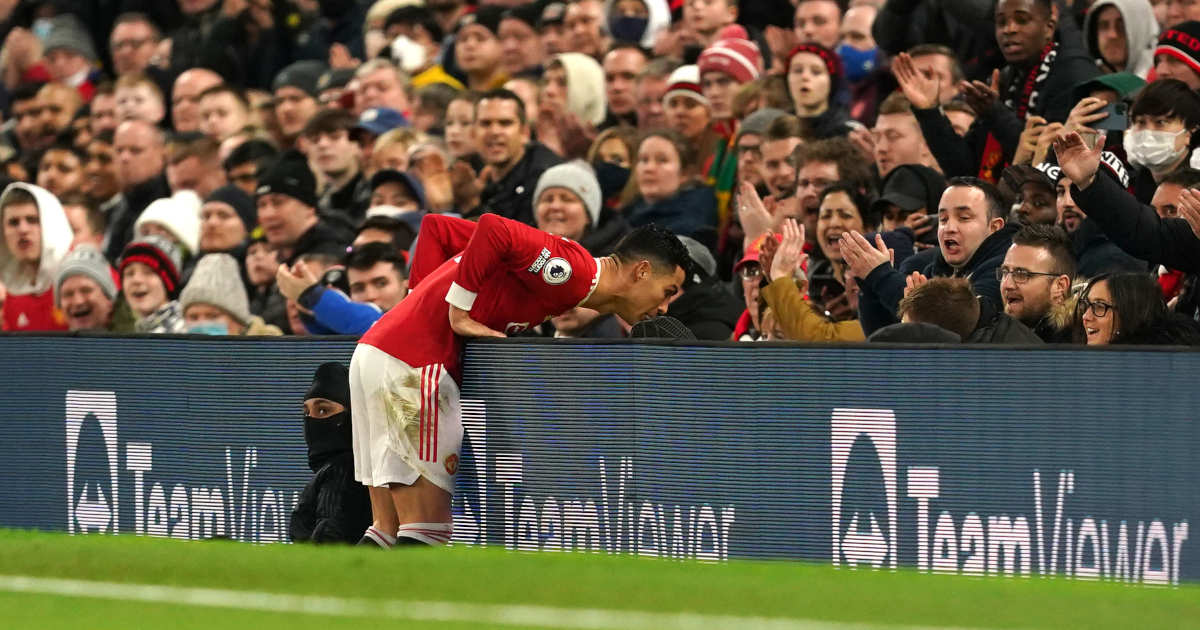 Manchester United are the subject of press leak after press leak, and it’s difficult to see how their dysfunctional squad can be brought back together.

The most striking thing about recent Manchester United results is how little it has taken for the ray of light that briefly shone again with the appointment of Ralf Rangnick to burn itself out. They’ve played seven Premier League matches since Ole Gunnar Solskjaer was sacked and the home defeat by Wolverhampton Wanderers was their first loss.

Much was made of this being Wolves’ first win at Old Trafford in 42 years, as if this was in any way relevant to the current condition of the United team, while overlooking the fact that Wolves are a decent, top-half team who have finished in the exact position in the Premier League that United currently occupy – seventh – in two of their three seasons since they returned to the top flight.

But over the last couple of weeks, the narrative swirling around Manchester United has started to shift. Until his sacking in November, Ole Gunnar Solskjaer was largely held personally responsible for the state of the playing squad, but that protective covering has now been peeled away. Some have chosen to quickly reassess their view of Ralf Rangnick, focusing on his career history through a more negative light, but attention has also increasingly started to rest on United’s unwieldly-looking playing squad.

It remains the case that the problems at Manchester United run far deeper than the manager alone. Richard Arnold is set to take over from Ed Woodward as the club’s chief executive, and it’s fair to say that he is walking into a bin fire that requires immediate attention. A vast clear-out of the first-team squad is clearly necessary and the January transfer window is a decent opportunity to get rid of some of their driftwood, but this won’t necessarily be easy to achieve.

Firstly and most obviously, there’s nobody at Old Trafford who isn’t earning very good money, and no-one can force a player to move on if he doesn’t want to go and his contract hasn’t expired. United’s policy of holding onto players and signing contract extensions as a matter of course – it’s good for the PLC’s balance sheet to have these ‘assets’ tied down – makes this considerably more difficult than it needs to be. Eric Bailly, Juan Mata and Phil Jones may all, based on appearances, be considered ‘fringe players’ at the moment. Bailly and Mata signed contract extensions during 2021; Jones has a contract which runs until 2023 with an option to extend.

Then there’s the small matter of those who chose to stay. Jesse Lingard could have made his loan move to West Ham permanent last summer, but opted instead to ‘stay and fight for his place’, a decision which the benefit of hindsight confirms as a misjudgement. Anthony Martial was hoping for a loan move to Sevilla, but United will only sanction such a move if the club taking him on pays a loan fee and covers his wages in full. They’ve already rejected Sevilla’s offer for him. Lingard’s contract is up in the summer, so he’d be free to move on for first-team football at that point. Martial has a contract with the club to run until 2024.

There are also big-money signings who aren’t working out. Jadon Sancho cost £73m last summer, but has managed two goals and no assists so far this season in 22 games in all competitions. By comparison, he finished last season with Borussia Dortmund and England with 16 goals and 19 assists. Donny Van De Beek cost them £35m at the end of the summer 2020 transfer window, but seems to already be coming to the end of his time at Old Trafford, with both Ole Gunnar Solskjaer and Ralf Rangnick having apparently decided that he isn’t up to the task.

There don’t seem to be many parts of the squad unaffected by some degree of this dysfunction. Even the talk about other players refusing dessert because of Cristiano Ronaldo has been replaced by talk of unhappiness at his automatic starting place in the first team and the outsized influence he holds over some of the squad. This, we might reasonably assume, is categorically not how his return to Old Trafford was supposed to play out in the minds of those who offered him half a million pounds a week to come back at the end of last summer.

Ronaldo has undoubtedly been good for the club’s commercial department and has scored 14 in 19 games so far this season, but his New Year Instagram post, in which he congratulated himself on scoring 47 goals in 2021, seemed to sum up what was flagged as the likely issue with his signature in the first place. His personal statistics were always good when he played for Juventus, but that didn’t achieve what the club had intended by signing him in the first place – to win the Champions League. It’s starting to feel as though something similar is now happening at Manchester United.

There’s also uncertainty about the future. Ralf Rangnick remains an interim manager, and while he will likely move upstairs in the summer, there remains little clue as to who his successor on the touchline will be. Paul Pogba, Jesse Lingard and Edinson Cavani all have six months left to run on their contracts, and there doesn’t seem to be any indication that these will be extended. Pogba might not be the most popular player among Manchester United supporters, but should he leave on a free transfer this summer it would be the second time he has done so from Old Trafford, and this starts to look like rank carelessness when we consider that they paid £90m to bring him back from Juventus in 2016.

It is perfectly obvious that Manchester United are in dire need of a clear-out, but getting from where they are now is a project that won’t resolve itself in a couple of weeks. The intractability of their problems are a combination of a confused-looking structure – Mike Phelan, another hangover from the Ferguson years, has now been tasked with trying to bring this rag-tag group of players back together – and the best interests of a PLC bumping against the best interests of a football team.

Manchester United have no excuses. They did, after all, pay almost £900m to assemble this dysfunctional collection of stars. But for so long as there are so many fingers in pies, so little that might be clearly definable as a ‘strategy’, and so much confusion about not only the club’s present position but where it might be in six months’ time, Manchester United enter their ninth post-Ferguson year in much the same state as they’ve been for most of the previous eight, with mis-firing players to jettison, expensive replacements necessary, a question mark over who the current and next manager are and should be, and no-one really ‘at the wheel’ at all.