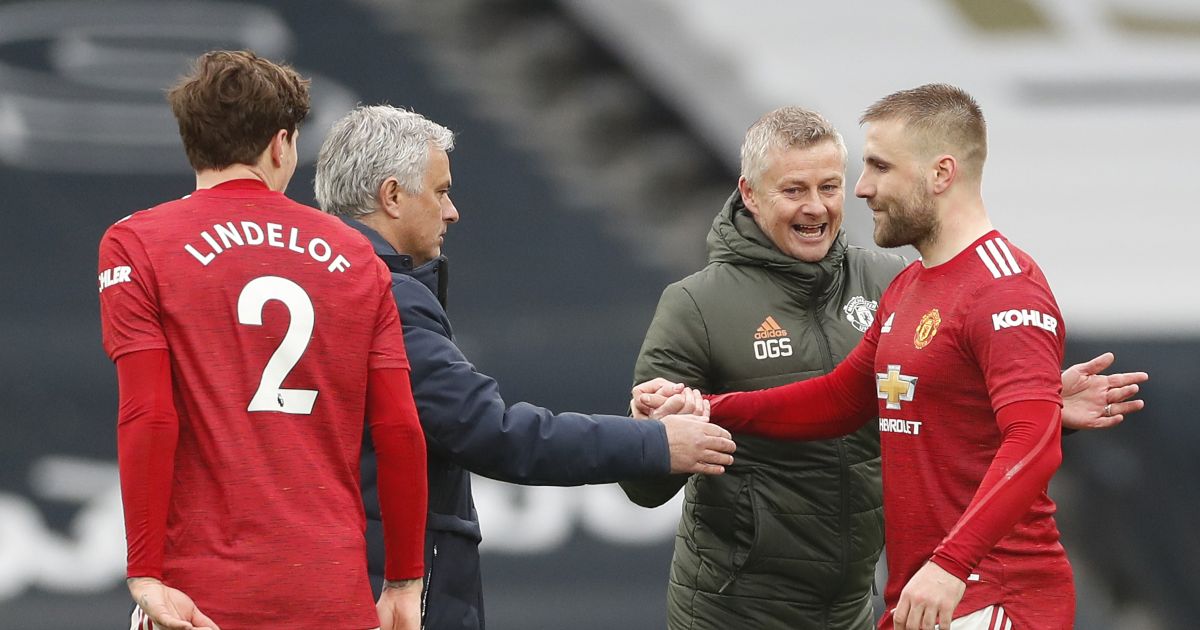 Luke Shaw has overcome the physical demons of a double leg fracture and the mental tests of Jose Mourinho to emerge at Manchester United.

Traditionally, fans love an underdog success story. The defying of the odds, the taking down of the elite, those historical giant-killings wrapped up in schadenfreude: we’re all so wilfully seduced by such spectacle.

By contrast, we’re also incredibly impatient. Yes, we will stand beside our heroes as they attempt to rejuvenate, build up their chest muscles and climb up the concave wall to metaphorical victory, but by God, they better not take their time over it.

Our newfound infatuation with Luke Shaw is a stark example of such behaviour. It’s like we hastily shoved past the original snoozefest of his more troublesome years when he was recovering from a double leg fracture and immediately stuck on the Hollywood reimagined sequel at the first opportunity, our protagonist now laden in heavy armour and brandishing cold iron, all shiny and ready for the improbable push to the league title with his club and the forthcoming European Championship tournament for his country.

But a look back at Shaw’s nascent years at Old Trafford is warranted given it’s the precise reason he’s grown to be the player he is today.

There was a degree of leniency in the aftermath of his injury in September 2015. It took six months before he was even training again, then many more to relearn muscle memory. But seasons went by and he still lagged. Managers came and went, voices of naysayers, who were initially shot down, got louder: the meek Shaw was soon nothing but a trundling shadow of his zestful Southampton self, scurrying haplessly along the sidelines and seemingly carrying the entirety of his £27million price on his back. It was a sad sight, this has-been not even in touching distance of his mid-20s now puffing red-cheeked amid thousands in the Sir Alex Ferguson Stand with raised eyebrows and loud exhales over another misplaced pass in the space of five minutes.

This glowing prospect’s light looked never to reignite. Shaw was just another expensive entity tainting the Manchester United legacy with each passing day in those darker post-Fergie years.

But now such a period almost feels like an eternity ago given his form. Shaw has been the best left-back in the Premier League, making the highest number of key passes per 90 minutes by a defender, with 50 chances created in the league this year alone. His tally of 66 chances across the entire season equals Lionel Messi and is the highest for a defender in Europe.

Unlike most players who show a steady incline line, his growth has not been so predictable. Last season’s numbers were some of his worst, but he now leaves them in the dust: 2.5 chances per 90 compared to last season’s 1.1; his long pass accuracy improving by 19%; his cross accuracy by 9%. His aerial duel success, take-on success, ball recoveries and ground duels have all also made strides this campaign compared to last.

His importance at Manchester United has skyrocketed, a clear achievement for someone once poised to move to St James’ Park. The reason for such a brilliant turnaround could be that he has started seven more times this season than last already and has thus been able to have that consistency to finally move up gears. Or there’s a case his trajectory is a symptom of the overall general optimism at Old Trafford at present: everything starting to click into place.

But for my money it’s his injury and subsequent plight that is the reason for such exquisite form. He has been unlocked both physically and mentally. He even comes across more forthright and confident off the pitch, showing leadership qualities at just 25. Whereas before he would seldom engage with disgruntled managers calling him out, he’s now, for instance, one of the two players – the other being captain Harry Maguire – to openly speak out about the European Super League and, by some accounts, confront Ed Woodward.

Bruno Fernandes and Luke Shaw were the spokesmen of the squad's dissatisfaction against the #SuperLeague. That’s how it started and that’s why Ed Woodward decided to resign [at the end of 2021]. 🔴 #MUFC #ManUtd

Such growth in two years is exceptional. He’s reportedly been offered a new contract that will keep him at the club until 2026 at least. This comes almost precisely a year after Brandon Williams was supposed to be taking his place and some six months since the purchase of further competition in Alex Telles.

We can admit to ourselves there was a time where Shaw’s number just felt up. The topless photos that many pored over. The pile-ons headed by Jose Mourinho, who took complete credit for his better performances. It all did nothing to help a player attempting to recover from such a sickening injury.

But even knowing the deviousness of Mourinho, that he was trying to shave his own skin and use Shaw as a dummy, for all our protection of the left-back, deep down it felt like we had witnessed just about the extent of Shaw’s halcyon days, and that the slow drop-off had begun.

Indeed, now he’s a supersonic powerhouse in his position for Manchester United: statistically the most effective left-back in the Premier League, and fourth in Europe’s top five leagues.

A man who had the world at his feet at 19, only for it to be stripped away again. There is no greater feat than enduring hardship and coming out stronger, but then even to become the best – that takes some character.

His exposure to such adversity has helped him realise that immense potential as the only English full-back with certainty to feature in the starting eleven ahead of a major tournament.

There is something uneasy for some about purring over footballers and their boundless cash and supposed easy lives, but if anyone was to deserve admiration for not only their talent but their fortitude in reaching the top again in such a way, Shaw is surely it. He is an inspiration.