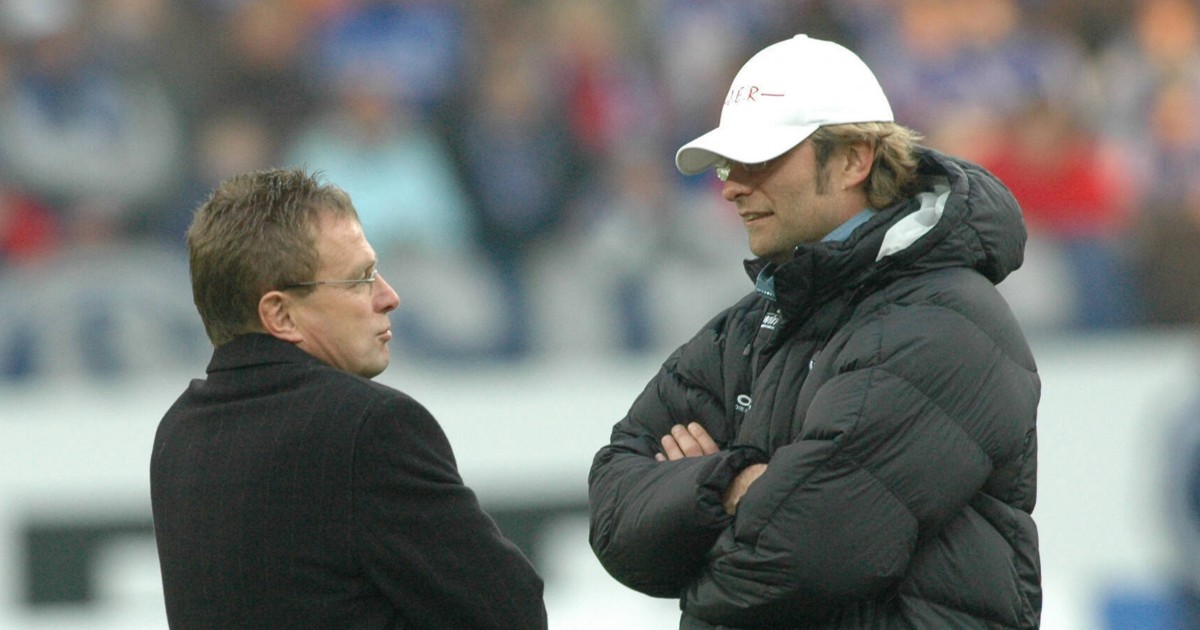 There has been a tempestuous nature about Manchester United for too long. When Sir Alex Ferguson retired so suddenly eight years ago, it was a test of everybody’s mettle. The club that seemed repellent to crisis for much of the Scot’s unerringly consistent 27-year reign were about to have the boat rocked. The question was simple: how soon could they calm it again?

The answer is clear now. Ferguson didn’t set a culture of tranquillity; he was the tranquillity. Losing his chief boardroom ally David Gill at the same time didn’t help matters, but the extent to which he steered the ship himself only became clear when he’d given up command. The transfer policy, buying young, predominantly British, mouldable players instantly fell away. The late goals, driven by a relentless pursuit of victory from players in equal part fearful of and inspired by their coach, quickly followed. It was no surprise winning instantly went the same way. From the Premier League’s inception in 1992 until his 2013 exit, Ferguson missed out on eight Premier League titles. That same number has passed them by since, and truthfully, they have barely laid a glove once.

Ferguson could never be tied down to a philosophy, but he was the master of making his players think, act and feel a certain way. In the years that followed him – both in the dugout and boardroom, where Ed Woodward replaced Gill – attitudes have slipped, becoming far less focused and structured, with each plan completely different from the last and poisoned by short-termism, from David Moyes right through to Ole Gunnar Solskjaer. The club that was once known for patience and an understanding that time used correctly could breed success became a parody of itself.

But people have remembered the Ferguson years, what Manchester United should look like and feel like, what they should stand for and how they should be feared and envied and hated. That was them at their best and what they always were for more than one generation of people. Core values are a sentiment so often used with the big clubs that they can fall into the realm of cliché; that is exactly what has happened. Solskjaer arrived in 2018, replacing Jose Mourinho and inheriting a club that couldn’t have felt further from when Ferguson reigned. There was no fear factor and barely any attacking intent.

That was the moment Manchester United needed to remember their soul, and Solskjaer brought it back.

The shackles were off when he arrived, streamlined the transfer policy and at least attempted to implement a fast, counter-attacking style. For all the problems, exacerbated by a prior lack of detail and direction, this is a team that has a lot of quality – more than at any point in the post-Ferguson era – but an absence of collectivity. Heavy home defeats to Liverpool and Manchester City showed just how far they are behind their rivals in a footballing sense. Their styles are set in stone, every player knows their role and has worked towards it religiously for years.

Solskjaer, in the end, wasn’t the man for the small, crucial, game-turning details, and if his reign proved anything, it is that talking about the past, the vision and the attitudes just isn’t enough anymore. There is a need for substance.

This is where Liverpool were for three decades, plodding along with intermittent success but never regaining the dominance they had in the 1980s. Players who lived through the glory became television pundits, regurgitating the same tired tropes about ‘getting’ the club and understanding its history. Managers and players were expected to adhere to principles that were never truly specified.

It was difficult to break the mould and stamp authority on the club until Jurgen Klopp arrived. He has shown respect to the past without allowing himself to be consumed by it; this current version of Liverpool, which could win a second Premier League title in three years as well as a seventh Champions League this season, feels like a departure from any previous iteration. It is Klopp’s team: fast, ferocious and singing to his beat, not falling over itself to fit in with what used to be.

Solskjaer’s time came and went long ago. But he survived by virtue of popularity and nostalgia. It soon felt as though his goal in the 1999 Champions League final was stopping the trigger being pulled. Gary Neville and Roy Keane, vocal pundits, continued to find other excuses for the club’s shortcomings while reinforcing his understanding of what the club meant. It wasn’t just because they were ex-teammates and friends, but because he viewed the club as they did. That he wasn’t capable of delivering silverware almost became secondary.

This is a squad lacking in tactical identity, not understanding or appreciation of expectation. There is no need to get a Ferguson disciple to tell them how much it means and how to behave, no need for Steve Bruce or Keane, because that path has been trodden and ultimately ended in failure. Yet with no hint of irony, the notion of self worth being more important than a tactical plan is still pushed by those who remember what it used to be like.

Against all the odds, the club have ignored the noise and pulled a progressive rabbit from the hat. Mauricio Pochettino and Erik ten Hag, both famed for possession, pressing-based approaches, are on their list of targets, unattainable until the end of the season. As a stopgap, they’ve gone for somebody who is viewed as the father of gegenpressing. Such a nickname plays right into the media’s love of simplistic narrative but Ralf Rangnick, who is expected to take charge until May and then assume a consultancy role, has led the way as a coach and director.

Klopp, Thomas Tuchel and Ralph Hasenhuttl have all followed Ragnick’s approach to some degree in the Premier League – the former of that trio said his impending appointment is “not good news” for rivals – but choosing him is the biggest sign yet that Manchester United are trying to forge a new path, leaving old victories in history. That has to be seen as the first step.