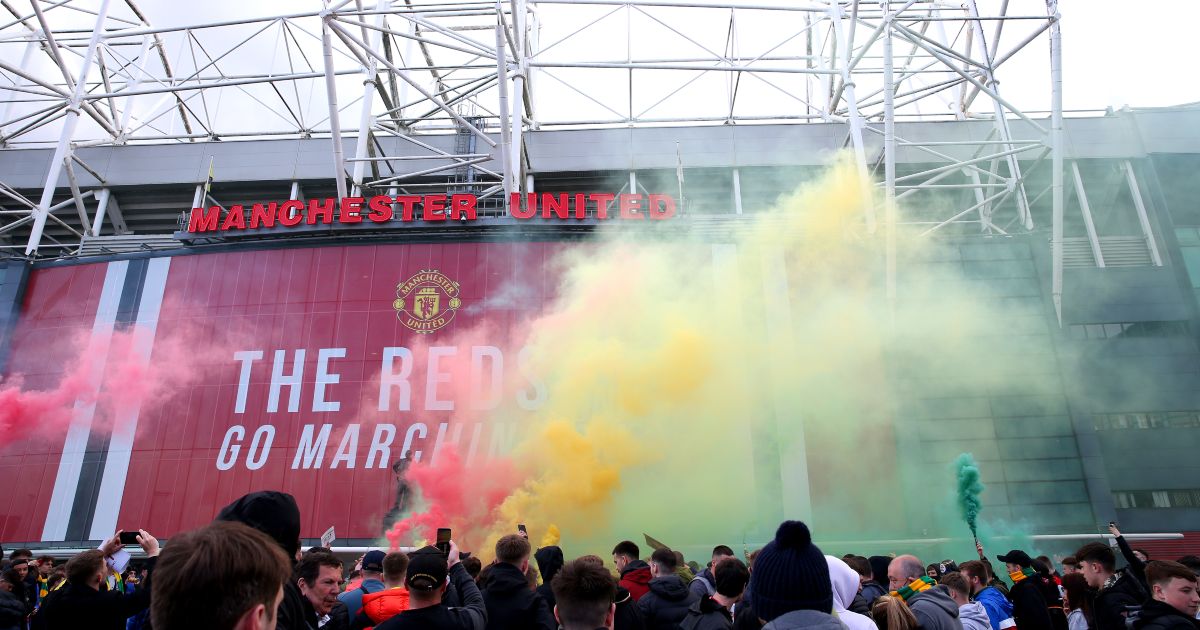 The fact Manchester United vs Liverpool in a huge Premier League game at Old Trafford on Sky Sports can be called off due to protests is huge.

It is difficult to verbalise or quantify what a significant moment this is. Manchester United against Liverpool is a game steeped in sporting, cultural and societal connotations, a historic meeting between two footballing institutions, one circled in calendars the minute fixtures are announced and around which plans are made months in advance.

For it to be postponed for any reason is noteworthy. Issues arising from a global pandemic, perhaps. Inclement weather has certainly claimed its fair share of matches but this was a different type of storm that descended upon Old Trafford. That supporter protest forced such drastic measures is colossal.

‘We decide when you play’ read the message on a banner outside Manchester United’s Carrington training complex little over a week ago. Those words were not hollow. It was a warning that everyone failed to heed. Many expected some sort of demonstration to provide the pundits with a pre-match talking point or opening paragraph fodder for newspaper journalists across the country. None envisaged this becoming the entire story at the expense of the sport itself. But fans have been overlooked, taken for granted and treated like customers for too long. They have a collective voice and it is louder than any of us could have previously imagined.

look, we all respect the right to protest, but you need to do it in a much more easily ignored and minimally effective way

Sky Sports played their part in Sunday’s events. Gary Neville and Jamie Carragher both spoke forcefully, powerfully and brilliantly about the need to “mobilise” in opposition against the Super League and its inevitable offshoots but once such life and passion is breathed into this kind of movement it becomes sentient and empowered. After beating the billionaires in one battle it was never going to surrender the war again.

There was a concerted effort from some to suggest that defiance against the Glazers is a recent phenomenon fuelled by a lack of on-pitch success, with the Super League collapse simply the catalyst. It ignored the reality of the situation, the tensions that have been simmering away for more than 16 years. Protests were held before the takeover in 2004. Some fans literally founded a new club as an act of resistance in 2005. The green and gold campaign started in 2010 when the club reigned as Premier League champion and had been in the two most recent Champions League finals.

These are not spoiled children hurling toys from prams but people whose viewpoint has been consistent from the start, through trophies and relative turmoil.

A minority naturally treated it as a chance to damage property and equipment. They should be condemned but equally it is wrong to treat them as part of this and make them the headline. To a few this was an excuse to do as they please, to act childishly and selfishly, to detract from the point. They were protesting but only against the perceived injustices in their own lives, against The Man for holding them down or because their mate sent them a text to see if they were free and knocking about Stretford. To them this was not about the Glazers and never will be.

Throwing flares and smashing glass windows will not affect them. Forcing an important game between the country’s two most prominent teams, keepers of an unsuccessfully closed shop on the biggest public platform possible, to be called off through the peaceful protest of a majority really might. The destruction of private property is lamentable and those found guilty must be punished, but the vandalisation of public image should be the focus. As Roy Keane reiterated, this is just the start. If Manchester United versus Liverpool is no longer sacrosanct then any hope some had of retreating to their bunkers for everything to blow over has dissipated.