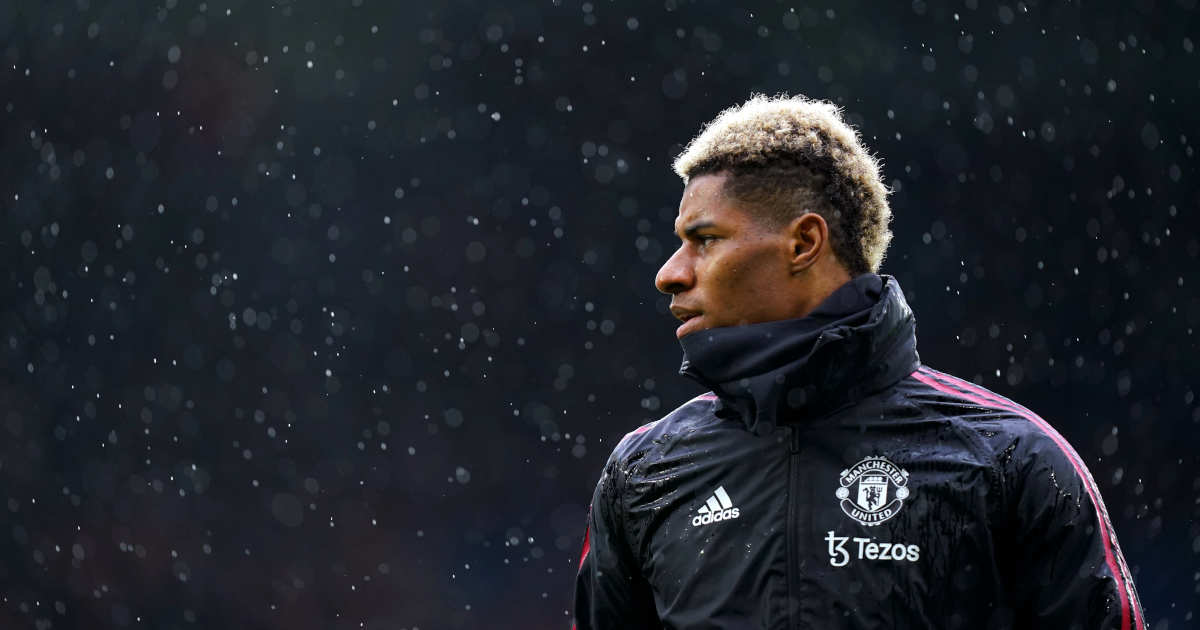 Marcus Rashford is unhappy at Manchester United, but would his best interests be served by leaving the only club he’s ever played for?

It hasn’t been an easy season for Marcus Rashford. He’s managed just five goals in all competitions and there’s a chance that he’ll fail to make double figures for the first time since his debut season, seven years ago. But this figure is distorted by his somewhat patchy appearance record; he’s only made 24 appearances for Manchester United and ten of those have come from the substitutes’ bench, and this is presumably the reason he is considering leaving Old Trafford to try his luck elsewhere.

Rashford’s public profile ensured that he was always going to be under the spotlight after Euro 2020, but his form following his shoulder operation is now clouding the fact that he continued to play while injured beforehand, and the goodwill shown towards him over his off-field activities was always likely to be more brittle than the feelings of United supporters. Over the course of this season, he has fallen further and further down the pecking order at Manchester United. The acquisition of Cristiano Ronaldo at the very end of last summer’s transfer window certainly did not help, and the emergence of Anthony Elanga has offered unexpected competition.

But does this necessarily mean that Rashford would be best leaving Old Trafford for pastures new? His current contract with Manchester United expires in the summer of 2023, but United have an option to extend it by a year, and if the club’s previous in this sort of situation is anything to go by, there seems little doubt that they will trigger that extension to prevent him from running down his contract and leaving on a free transfer next year. But as Jesse Lingard will attest, this certainly does not guarantee a regular place anywhere near the Manchester United starting XI. Staying to ‘fight for a place in the team’ isn’t a guarantee that said place will be forthcoming.

There have been reports that PSG might be interested in taking him to Paris and, as will now be happening with every footballer with anything like a high profile, the same has been said for Newcastle United. Whether joining either of these two clubs would be a good idea is very much open to debate. PSG are one of the few clubs in Europe rumoured to have an equally unhappy dressing room, while going to Newcastle may damage his carefully cultivated persona as a man of principle, but the fact is that these two clubs are among the few that could consider signing him without it being something of a gamble.

This is an inevitable side-effect of football’s hyper-wage-inflation over the last 30 years. Rashford is on £200,000 a week at Manchester United while the likely extension of his contract would also add a not-insubstantial transfer fee, and the question of where he might be able to match that sort of money considering his form over the last couple of seasons is genuine. As inequality in football grows, the number of clubs who’ll spend, say, £60m down and then commit to more than £10m a year on wages for one player is getting smaller and smaller.

But if we look elsewhere in the Premier League, who might be interested? In the Premier League, Manchester City and Liverpool can probably be safely taken out of that equation. Chelsea might have learned a lesson from spending almost £100m on Romelu Lukaku last summer (though they also might not) and then being unable to get that much of a tune out of him. Arsenal have a process which seems to be working pretty effectively. Spurs are Spurs. A move abroad might be more appealing, but it is clear that Rashford wants to be playing football, and there’d be no guarantee of that at, say, Barcelona, Real Madrid or Juventus, even if we don’t take into account that the number of clubs who can afford him might be diminishing.

The uncertainty over what Manchester United might be in just a few months’ time adds a further layer of doubt to it all. Ralf Rangnick may not be sold on Rashford, but he’s only an interim manager and his replacement might have very different ideas. It has been said that Mauricio Pochettino, one of the front-runners for the job, is a big fan, but no decision has yet been taken over Rangnick’s successor, and current speculation is that Erik ten Hag has been heading to the top of their priority list.

Added to this, Manchester United will surely be having something of a clear-out this summer. Edinson Cavani and Cristiano Ronaldo, two players in direct competition with Rashford for a place in the first team, may well be gone in a few months, while it remains unlikely that Mason Greenwood will return any time soon, if ever. In other words, even the emergence of Elanga doesn’t detract from the possibility that there will be greater opportunity at Old Trafford in the future.

There are a lot of moving parts in any transfer, from the desires of the player and managers concerned to the needs of both buying and selling clubs, and the guiding hands of agents. In this case, the number of variables at play means that it might well make sense for Rashford to stay for next season with the contract extension and see if he can break through once the 30-somethings and other assorted driftwood in their first-team squad have been cast aside.

Manchester United is the only club that Marcus Rashford has ever played for, and at 24 years of age he still has the time to get a career that has stalled slightly back on track. Manchester United may be a deeply unhappy football club and he may be deeply unhappy to not be playing for them. This is ideal for no-one, but this can easily be said for much of Marcus Rashford’s last couple of seasons or, indeed, much of Manchester United’s last decade. One final push to re-establish himself in the first team once the new manager’s identity is known might turn out to be his best option.