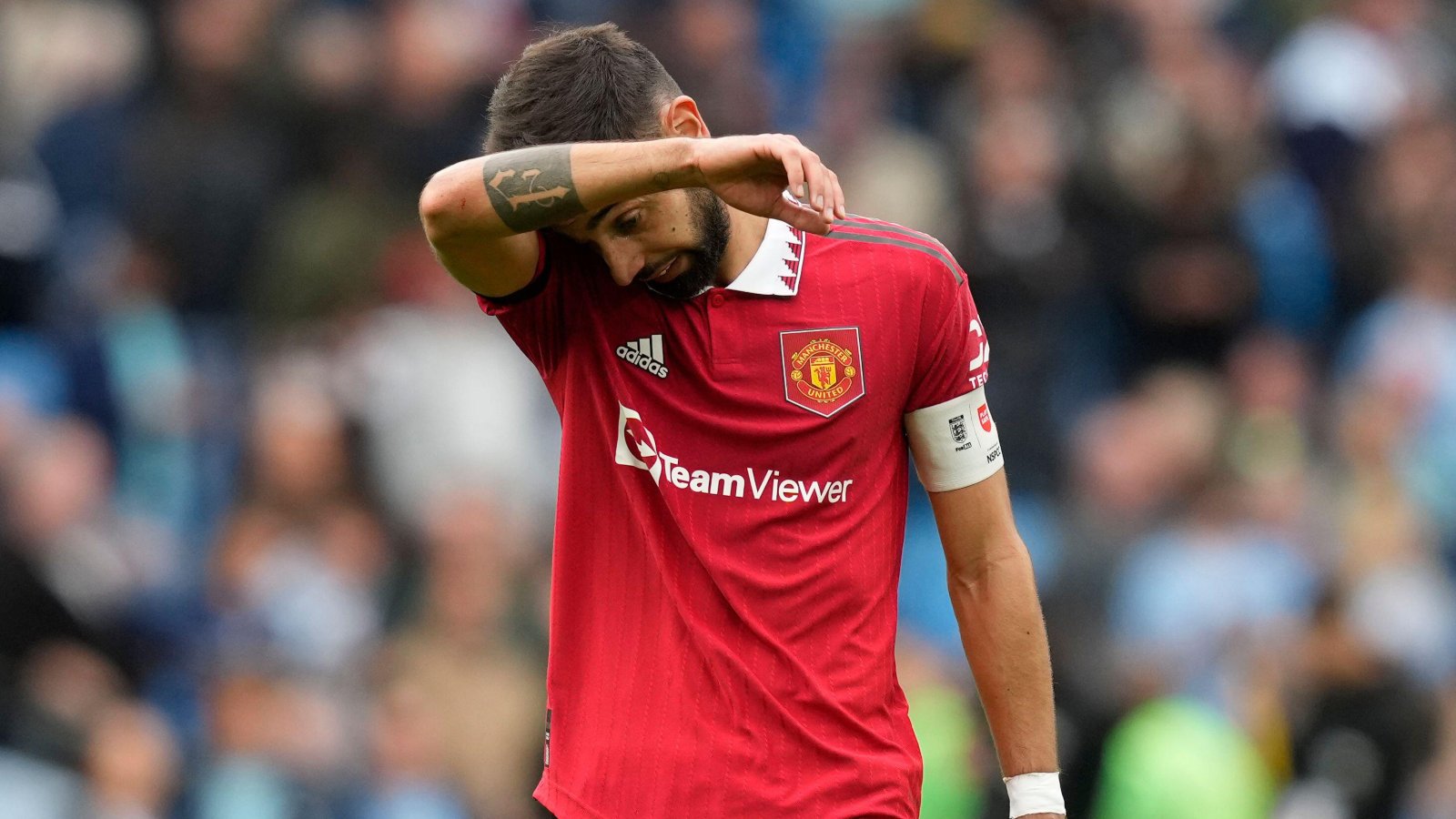 We can all agree that Manchester United are not as good as Manchester City. But they should not have looked beaten before kick-off.

“It’s a lack of belief. When you don’t believe on the pitch then you can’t win games: that is unacceptable.”

So says Erik ten Hag after Manchester United’s battering on Sunday. But is it really? Is that what beat them? Or was it just a better trained, more skilful Manchester City?

Lack of courage or belief or confidence is often cited as a reason behind a team’s non-performances. The United manager basically suggested post-match that they’d gone out onto the pitch thinking they were going to lose. And that is exactly how it looked.

If such claims are true, it means the psychology of a footballer matters a great deal more than anything else. Forget all the training and the tactics, if your head’s not right, you might as well give up from the start. And if that’s the case, psychology should surely have priority in training.

None of us can imagine what it must be like having to go do our job with thousands of people looking at us, cheering and jeering. I felt really sorry for Harry Maguire during the England game against Germany. To err is to be human but to do it in front of 90,000 people, well, that’s some sort of torture, surely. The mental resilience it must take not to collapse in a heap of tears must be immense. I don’t think any of us have the first idea what it’s like.

But there’s clearly a marriage between attitude, courage and faith, and the skills in your feet and the sense in your formation. Remember when Wayne Rooney could, if confident, do almost anything with the ball, but when out of sorts the ball would bounce off him like a stranger. That’s the huge difference what’s in your head makes.

The pressure on players is bigger than we can imagine. Inhibition must be the natural instinct over which the player has to climb. The fear of making a mistake stops you from being creative and makes you play the easy ball. You mentally focus on the criticism coming if you do something wrong. It’d be hard not to.

It’s amazing how commentators and pundits alike are such great experts on the science of body language. “His body language is not good” is the cliche and it might be a bit of an overreach to say you can tell by the shape of someone’s body, or how they stand or run, whether they’re up for it today, even so, we all think we can tell when a player is uncommitted or unconfident, don’t we?

In fact, if you think about it, much of the language of the game centres around the metaphysical, rather than the material. It’s about being brave, or confident, or having self-belief, or being fearful. None of which you can grasp in your hand, or stay behind after training to learn.

The human brain is a complex thing that football, until recently, boxed into two categories: ‘bubbly’ or ‘quiet’. Arm around the shoulder or kick up the arse. That’s the PFM philosophy.

Of course this is crude, but it does at least acknowledge the need to understand where someone’s head is at in order to get the best out of them, even if the issues are inevitably more deep and complex and can’t be sorted out with a session at the casino or in the pub.

Are clubs and managers focusing enough on the mental side of the game? Are the players, and the culture they exist in, open to letting them? While it is now at least acknowledged as an influencing factor in how someone plays and club’s have psychologists available, the pathways to being able to use such a service may be less accessible. In a piss-take culture, who wants to admit to seeing a shrink? Add in the innate male reluctance to discuss feelings and you’ve got the potential for any help to be rejected.

Men’s football is inevitably a macho culture, where acknowledging weakness is not seen as a strength but as a massive weakness. And while that may be changing a little, psychotherapy is still seen as giving ‘help’ as though a cure to sickness, rather than just being part of your fitness regime. Because that’s what it should be.

If they spend three hours a day training, there is surely a good case for having a few hours per week working on the mental side of the game.

Now, if Manchester United had more of those metaphysical qualities Ten Hag manifestly did not see, would they have been more successful against City? Undoubtedly. That’s not to say they’d have won, but humiliation would’ve been less likely. Clearly, if you’re going to leave the back four exposed, no amount of feeling good is going to stop you being overrun.

Indeed, given all the fantastic players United have had in recent years but who have failed to perform to their maximum once installed into the squad, shows that it isn’t about their skill, it’s about their head.

Mental health is the starting point for everything else in football and in life more broadly. It is a muscle to develop in the gym of your psyche. It is from that which everything flows.