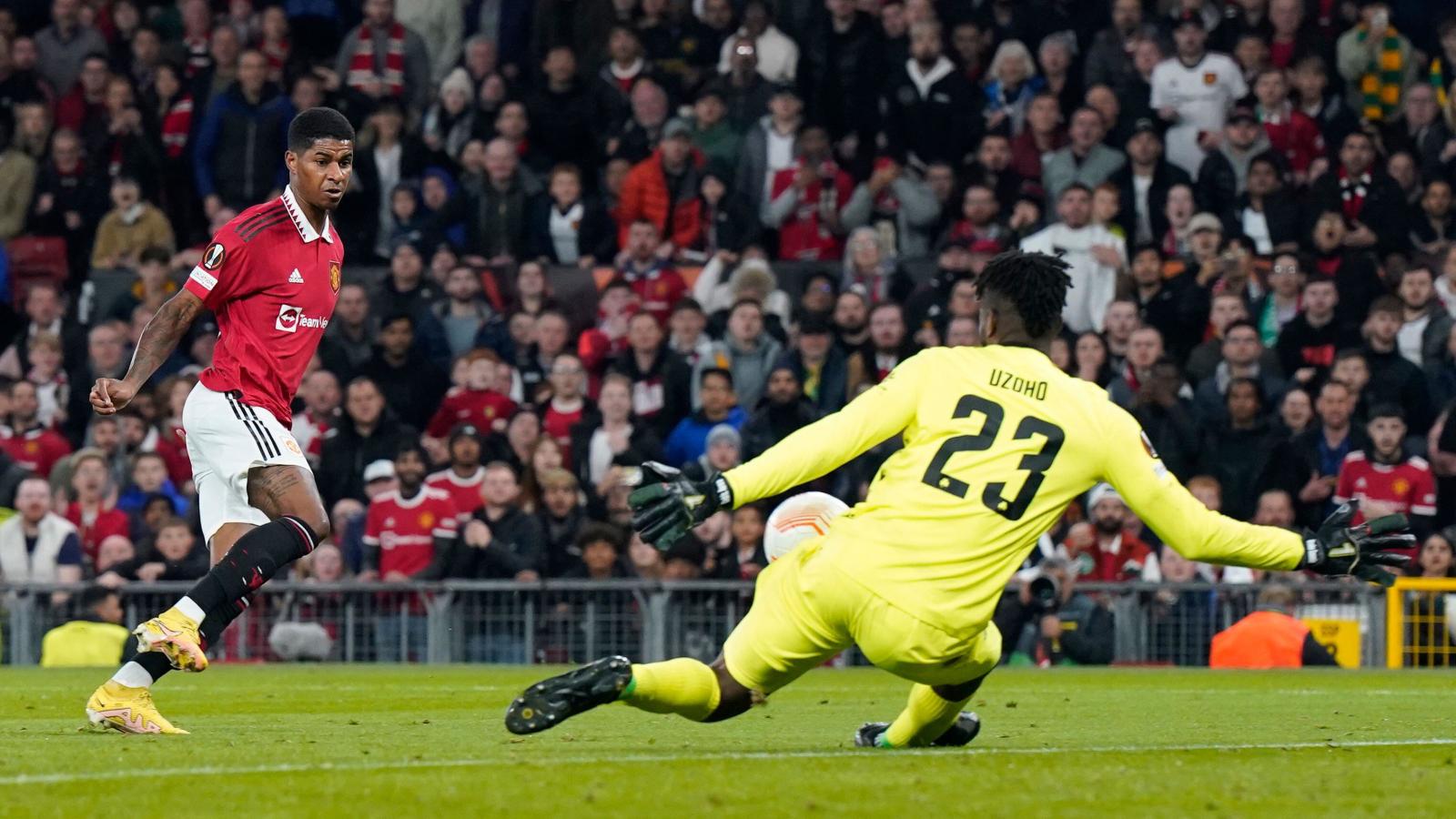 I guess you couldn’t really complain that it came out of nowhere.

With Manchester United seemingly heading for the very silliest of Europa League draws – and a crucial one that would surely have condemned them to the play-off round that would mean a) two extra matches and b) a reasonable chance of those two extra matches being against your Barcelonas, your Juventuses or the Atletico Madrids of this world – up popped goalscorer extraordinaire *checks notes* Scott McTominay to smack home the first goal of the night from United’s 34th attempt on Omonia Nicosia’s goal.

Sometimes, there’s not a lot of point to analysing things too closely. Sometimes football is just a bit daft. On a night when Arsenal had beaten Bodo/Glimt via a pinball ricochet off Bukayo Saka, it looked like United were going to left staring at the other, shittier side of the football coin and left ruing the chance after chance they failed to convert. There comes a point, and our entirely unscientific yet wildly confident shout is that it’s about shot number 20, where you’re really quite a long way beyond bemoaning a lack of clinical precision or composure in the finishing and accepting that you’ve arrived in the realm of the absurd.

By that point, something should have flown in by pure chance. It’s not like United took 34 long-range, low-percentage pot-shots either. Marcus Rashford – who had 10 (ten) attempts on goal all by himself – will we suspect never quite get to the bottom of how he didn’t get on the scoresheet.

Five of the 12 saves made by Omonia’s inspired keeper Francis Uzoho were at Rashford’s expense, and they were often spectacular.

While Omonia defended gamely and whole-heartedly – as anyone who saw them give United a rare old scare last week would have expected – the fact is that United had the chances to issue a paddling. Whatever praise Neil Lennon and his players deserved, without their keeper it would have been very different.

There was no denying that Uzoho was the story of the night, especially when he could still be seen grinning from ear to ear while accepting the United players’ congratulations – far less grudging than they might have been a few minutes earlier – but especially when, still visibly delighted, he gave a post-match interview that gleefully and magnificently defied all the po-faced “ah look it’s nice to score but the main thing is the three points” conventional drudgery of the form. He was loving it, and the late winner hadn’t taken the tiniest bit of gloss off it.

It was a good story, too. Uzoho the reserve keeper forced to step in for Fabiano, who had himself defied United heroically a week earlier. Throw in the fact Uzoho is a lifelong United fan and it was an ideal hook for commentary team’s and weary feature writers alike.

What was a bit odd was the way, from his first save onwards, BT Sport’s commentators decided to treat Uzoho – who was admittedly having the game of his life but is also a 23-year-0ld professional footballer who has 25 caps for Nigeria – like some sort of competition winner producing something that should be a comic strip in the back half of Roy of the Rovers, somewhere between Billy’s Boots and Hot Shot Hamish.

So silly did this get that studio guest Paul Scholes was forced to go ludicrously far the other way and insist none of Uzoho’s saves were anything special, ratcheting up the northern grumpiness to impressive levels and at one point appearing to come within a gnat’s hair of issuing a full Roy Keane “That’s his job!”. BT then, to their enormous credit, forced Scholes to deny the excellence of each save in voiceover on top of a montage – a lengthy montage – of Uzoho’s evening. In the end, we were all able to arrive back in the sensible middle and agree that Uzoho had been good. Lovely.

Were United any good, though? That’s a trickier puzzle to solve. There’s no point pretending that there weren’t vast amounts of blushes spared by that late winner. It would have been a mortifying result for a club and a new manager who are just starting to get somewhere. But the performance wasn’t that bad. It really was looking like just one of those nights. The number of good chances that weren’t going in was just too absurd to draw firm conclusions from.

But what is equally true is that United did not in any way deliver the quick and compelling attacking performance Erik ten Hag demanded in a surprisingly tubthumping pre-match chat. United had nearly all the ball and all the territory and all the chances, but they weren’t carving Omonia apart at will. They were often sloppy in possession and their attacks too often gripped by the opposing yet equally damaging ills of being either far too ponderous or wildly impatient.

What they have done, though, is ensure that – barring something wildly untoward in a fortnight’s time against Sheriff – they will be in the Europa League after Christmas. And despite Uzoho’s estimable efforts and the audible frayed nerves around Old Trafford they still have a shot at top spot.