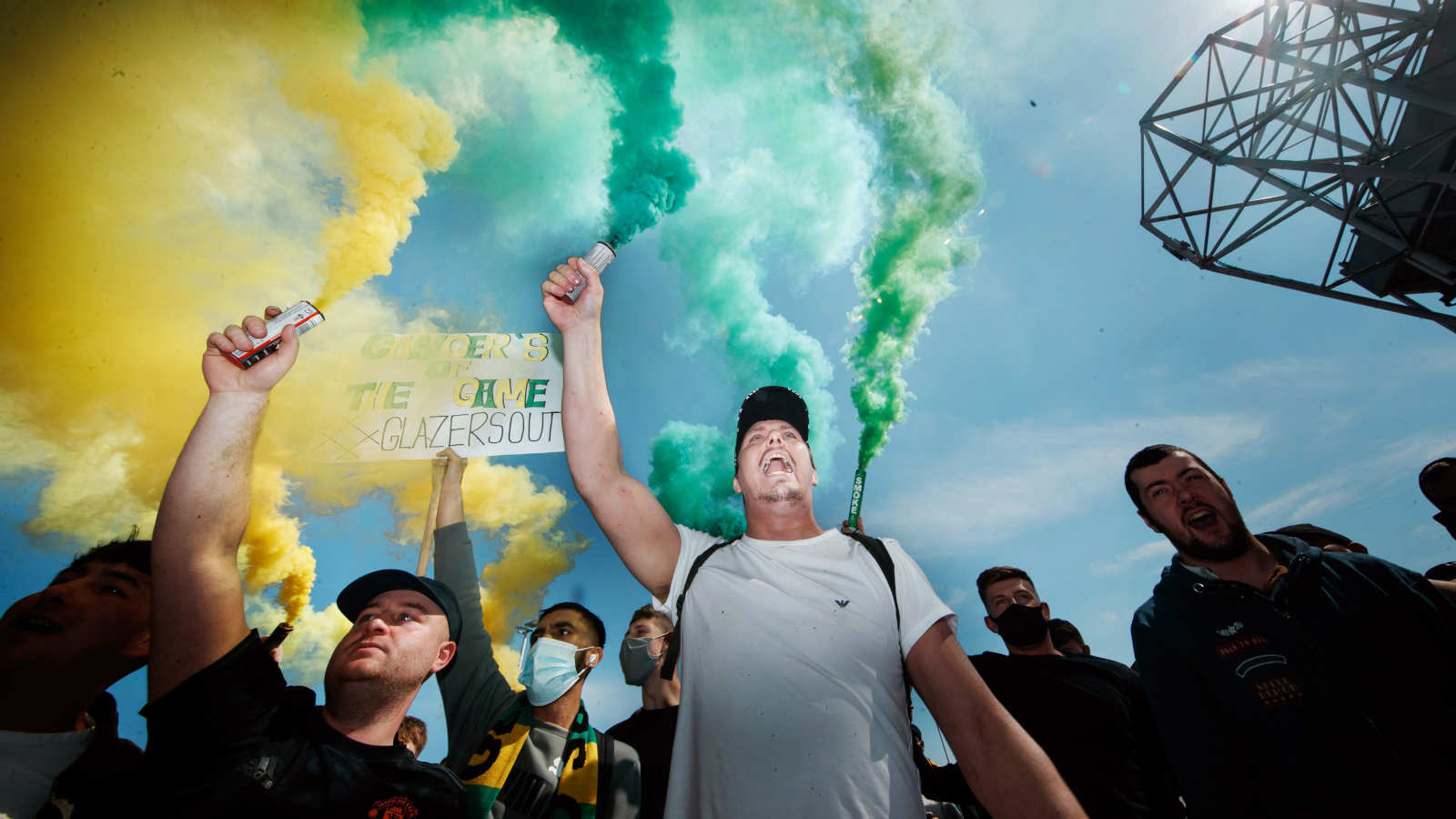 The Manchester United Supporters Trust’s huge annual poll shows unhappiness with the direction of the club and distrust in its owners.

Well, nobody can say they weren’t thorough. The Manchester United Supporters Trust polled almost 20,000 people for their United Voice poll on what the club’s supporters think of the way their club is being run, and the results do not make for pleasant reading for their senior management. Not only is there unhappiness at the way in which the club is being run, but this unhappiness has deepened considerably over the last year and is also mixed with what looks like a deep distrust in the motives of the Glazer family.

78% of respondents said they were ‘dissatisfied’ with the club’s ownership over the past year, with a similar number (77%) saying that they lacked confidence that the club have ‘a clear strategy to return to the top’. Interestingly, 51% said that they were ‘satisfied’ with the level of investment in the team, all of which indicates that United supporters are fully aware that enough money is being spent, but not in the right places or with a clear strategy. The survey notes that ‘Responses mainly pre-date the change of manager and the new CEO appointment’, but it doesn’t seem likely that the appointment of Richard Arnold into that position would have dramatically shift the needle in terms of opinion.

This increased dissatisfaction isn’t limited to the men’s team, either. Satisfaction with how the club has developed and funded the women’s team since its formation in 2018 has dropped from 57% in 2020 to 29%, while satisfaction with their performance has fallen from 72% in 2020 to 50%. Only 17% of respondents were confident that investment into the women’s team to get the team challenging at the very top of the Women’s Super League would follow, although 37% did say that they were ‘somewhat confident’.

But it’s the European Super League which seems to have angered the most fans, with 83% of those polled unsupportive of the idea, and it’s here that the distrust of the owners of the club starts to become apparent, with 56% believing that the idea will be resurrected. But there’s little comfort for UEFA over their proposals to reshape the Champions League, with 81% opposing an increase in group stage matches, 81% opposing qualification through a historical coefficient rather than through league position, and 82% opposing any reduction in the size of the Premier league to accommodate more European matches.

Opposition, the report noted, was highest amongst season ticket holders, although it should also be added that non-match-going fans were also against these changes, with 65% being against additional matches, 75% against the historical coefficient qualification, and 78% against reducing the size of the Premier League. It is also notable that the sluggish progress of the fan share scheme, which was announced after the European Super League debacle to enable fans to own shares with the same voting rights as the Glazer family, is also frustrating MUST members, with concerns over how ‘equal’ these voting rights might be, the limited scale of the offer, and how limited the ‘influence’ of any voting rights might be.

These numbers seemed to extend to the future of Old Trafford itself, too, with 80% supporting renovation of the current site but only 10% believing that it would be an ‘investment priority’ for the club. The matchday experience didn’t fare particularly well either, with satisfaction over various aspects mostly receiving approval ratings of between 25% and 35%. The survey was carried out between October and December 2021, but there’s little to suggest that supporter happiness will have increased since then. Even with the FA Cup and Champions League in play, only 7% were ‘confident’ that United would win a trophy by the end of this season. That number has presumably by now reduced to zero.

All of this combines to paint a picture with which we’re all already very familiar, that Manchester United are at a fundamental level a deeply unhappy club. Not only are the supporters pessimistic about the present and the immediate future, but they seem to have little faith that the current owners will set them back on the right course, and distrust their motives across the board. These fans do not seem to want the club to blindly throw money at solutions to get the team winning on the pitch, and it’s entirely plausible that, considering the team’s elimination from the FA Cup and Champions League and the fact the replacement of Ole Gunnar Solskjaer isn’t going to be anywhere close to resolved before the summer, the results would be even worse were the poll run today.

And that distrust is grounded in reality. The fan share scheme was announced in June last year, but fan questions – and it is they who would be expected to put their own money into this – seem to have been broadly unanswered, to the extent that it feels as though the whole idea was cooked up with the intention of quietening dissent without ever having to act upon it. Furthermore, it is clear that the club’s decision to join the European Super League set back relations between the owners and the supporters by a considerable degree.

Many people were taken aback when the Premier League match between Manchester United and Liverpool last year had to be cancelled because of the fierce protests against the club’s owners and their European Super League ambitions, but for United supporters this was just the latest chapter in a story that stretches back more than a decade and a half. In many respects, Manchester United have been a canary in the coalmine for English football. The club’s success during the 1990s attracted the interest of these vulture capitalists, and having sunk their teeth into the club, they’re unlikely to let go without either a fight or a huge financial profit.

So long as the Glazers continue to make a handsome profit there’s no need for them to change anything, and in the billionaires’ playground of the 21st century Premier League it doesn’t seem likely that anything will change unless forced upon it from above. MUST members have made their point. It remains the ultimate fact that little is likely to significantly change within Manchester United until the Glazers have gone, but getting rid of them has proved impossible for 17 years and counting.