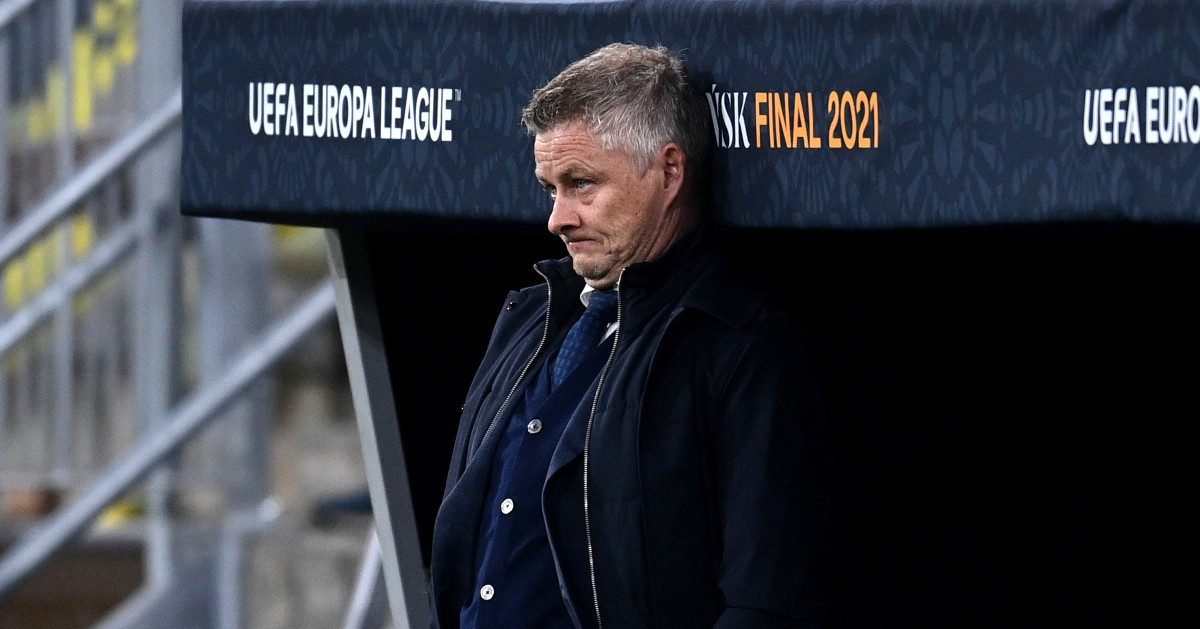 Ole Gunnar Solskjaer proved why Manchester United must be ruthless if Antonio Conte and Zinedine Zidane are free after Europa League heartache.

Ole Gunnar Solskjaer chose quite the moment to showcase his deficiencies as a manager of games and a coach of players. The Europa League final was supposed to be his coronation, the point at which he delivered the sort of tangible success that underlined the “clear progress” made under his guidance. Villarreal were barely given a minute of serious consideration by many in the build-up yet they proved why Manchester United should never deem themselves too romantic not to abandon this relationship when the likes of Antonio Conte or Zinedine Zidane are available.

On the same day the former walked out of Inter Milan and the latter reportedly left Real Madrid, Solskjaer achieved two things. He demonstrated that Manchester United have a manager neither of their fellow supposed European superpowers would ever ponder, while emphasising how foolish it would be to extend his contract after a season of only qualified improvements. Steps forward have been taken from last campaign – 66 points to 74; third to second; a Europa League semi-final to the final – but the leap required to make the next level, to become English champions or win a trophy, is gargantuan and not dependent on the usual ‘two or three new signings’.

Unai Emery was the bane of his existence on Wednesday night. Solskjaer thought the Europa League was his ally but he merely adopted the competition through collapse in the Champions League. Emery was born in it, moulded by it. He didn’t hear the anthem until he was already a man, by then it was nothing to him but deafening. The penalty shootout betrayed Solskjaer because it belonged to him.

The former Arsenal manager has his detractors, and their critiques did seem valid at various points in the second half and particularly when he responded to Edinson Cavani‘s equaliser by replacing striker Carlos Bacca with defensive midfielder Francis Coquelin in the 60th minute. But this was a final played on Emery’s terms, the tempo and general theme dictated by a club with fewer points in La Liga than a Dominic Cummings Twitter thread. Villarreal wanted Manchester United to have the ball because they knew their defence was organised and deep enough to quell the counter-attacking threat that has come to define Solskjaer’s team. They dominated possession but created nothing outside of Cavani’s clever but scrappy finish from a loose ball.

“It’s been a bit of a smash and grab so far by Villarreal,” was BT Sport commentator Ian Darke’s take towards the end of half-time as the Spaniards led, the backdrop to a wonderful passing move that saw Parejo, Juan Foyth, Manu Trigueros, Yeremi Pino and Bacca combine to thwart another aimless attack and pass the ball calmly out of their own area to safety. It was nowhere near as pretty throughout but it was damned effective tournament final football despite the negative connotations and Manchester United had no answer.

A REAL SMASH AND GRAB BY VILLARREAL. https://t.co/OSVd7QLyrG

In these games more than any other it is about the result, the means to an ultimate end. Managers have built entire careers on Knowing What To Do To Win Them. Villarreal maximised their comparatively modest resources on and off the pitch. Manchester United continue to fail in that regard. Emery is not necessarily a better coach than Solskjaer but he certainly looked it here.

That it even reached a penalty shootout was a damning indictment on Solskjaer and his side. His initial approach to the match was flawed and barely changed for 100 minutes, the execution from his players was careless and the in-game management was inadequate. Villarreal made five substitutions by the end of normal time and started the next period by carving out fine moves that Paco Alcacer and Alberto Moreno should have done better with. They looked fresh and unburdened when Manchester United, in extra-time of their 61st game of the single most congested season in modern footballing history, were anything but.

The pressure of a first ever European final seemed to revitalise Villarreal. Manchester United, with a team and a manager that draws on their history like few others, were encumbered and withdrawn.

Solskjaer must have seen his players run out of ideas after an hour – their last shot on target was Cavani’s 54th-minute goal – yet Juan Mata was brought on so late that his third touch was in the shootout and Donny van de Beek, the £35m Champions League semi-finalist schooled in the art of breaking down stubborn defences at Ajax, remained on the bench. There might be arguments worth making about the depth of this squad, but not in the aftermath of defeat to Spain’s seventh-best team.

The manager even made five substitutions specifically for penalties but overlooked the most ruthless one of all. Few can blame David de Gea for being the only player to miss from the spot yet he could not have seemed less convincing in trying to save any of Villarreal’s 11 efforts.

Marcus Rashford was poor long before the physical toll started to tell, Paul Pogba started excellently but faded and the decision to play Bruno Fernandes closer to Cavani backfired. Scott McTominay was excellent but no other player really stood out. If the bench was not strong enough to even vaguely improve upon what Manchester United offered until Solskjaer had no choice but to make changes, that reflects terribly on those in reserve and the recruitment that is supposed to have them competing with Manchester City next season.

The most important change is the one they will not think to make. Solskjaer is a solid manager and has exceeded expectations at Manchester United, overseeing the first sustainable signs of progress in the post-Ferguson era. He should be commended for that but it is time for a better coach to build upon those foundations. Solskjaer stumbled into this competition through incompetence in another tournament and then failed again at the final hurdle. The standard has to be higher.