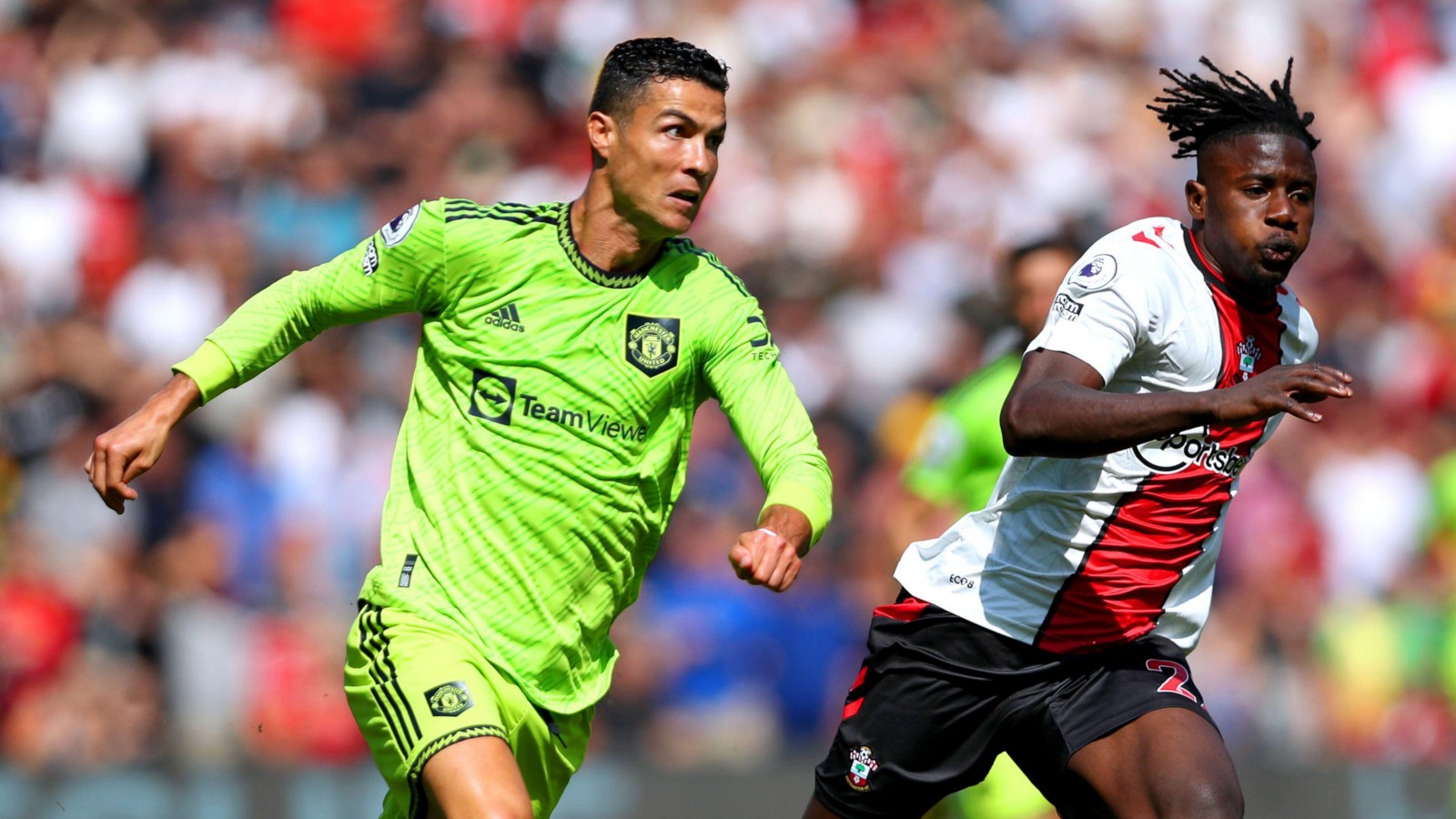 Manchester United were doing OK against Southampton. Then Bruno Fernandes finished an excellent team move and they suddenly panicked.

There was a certain irony in the Manchester United goal. The overall composition, the precision of the passing, the confidence, imagination and discipline required to carry out each individual aspect and knit it together into a glorious move.

It was, in more than one way, an excellent team effort.

Yet it was also the last time in their meeting with Southampton that Manchester United showed any sort of ingenuity or courage. Raphael Varane stepping out of defence with the ball, Anthony Elanga receiving it and pushing on, Jadon Sancho slipping in the unmarked Diogo Dalot and his sublime cut-back cross finding the exemplary first-time finish of Bruno Fernandes – it was a goal dripping in self-belief.

One of the many, many, many, many, many criticisms levelled at Ole Gunnar Solskjaer and Ralf Rangnick’s varied reigns was that it became difficult to work out precisely what it was they spent the prior week working on in the training ground. There were no passing patterns and an absolute lack of discernible structure. It was almost entirely dependent on vibes at best.

And it also happened to be the last shot Manchester United had all game. After Fernandes opened the scoring in the 55th minute, the visitors spent the subsequent 40 or so endeavouring to keep it shut. Southampton had all 10 of the remaining efforts on goal and Ten Hag’s panicked side completed barely half their passes (57%).

It made for a bizarre end to a game in which the three or four leading performers were all on the losing team. Southampton have embraced their capacity to entertain and in Armel Bella-Kotchap, Romeo Lavia and Mohammed Salisu, they have the next generation of players Manchester United will likely come to covet at four or five times the fee Saints signed them for.

Even in 14 minutes Sekou Mara showed more guile and creativity than most of Ten Hag’s men. His cameo made for a stark contrast with that of Cristiano Ronaldo, who found himself succumbing to Father Time in a race against Salisu, tackled by last man Moussa Djenepo and leading perhaps the single most insipid 3-on-1 counter-attack in history just before the final whistle.

It was an imperfect hat-trick from the Portuguese, who looks ill-fitting even in a system plagued by teething issues.

Some might argue he did more than starting centre-forward Marcus Rashford, who somehow completed the game despite being dominated by Southampton’s No. 37. It did not require a great deal of thought to imagine the Manchester United striker asking, “Are you here to solve my Kotchap problem?” as his replacement escorted him towards the bench, but it wasn’t to be.

There is plenty to be said for the determined defending which kept Southampton out. David de Gea provided a fine stop from Joe Aribo’s header, Scott McTominay put in a couple of crucial blocks, Dalot and Tyrell Malacia continued to fare well at full-back and Casemiro offered a taste of what is to come. Lisandro Martinez, for the second time in six days, was named man of the match.

But the way they immediately fell back into that agitated state after taking the lead was surprising. This game was always going to be more indicative of Manchester United’s short-term prospects than the Liverpool match.

That flicker of fun finished by Fernandes showed that Ten Hag is getting through, but most of what preceded it and everything that followed suggests it will take longer than a couple of months to overturn the last few years.