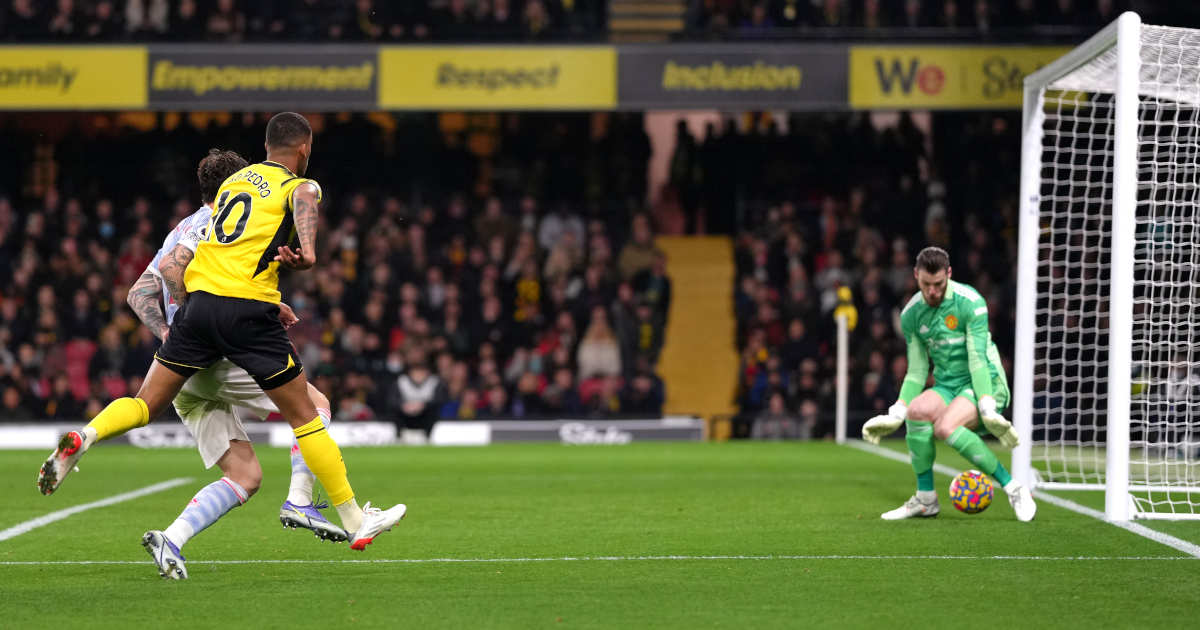 Manchester United are looking for their fifth manager since Sir Alex Ferguson retired, but if nothing else changes other than the boss, can they really change?

With this being Manchester United, nothing is ever simple. At most clubs the search for a new manager would now be on, but United have instead decided to follow a different path. With matches continuing to flow thick and fast, Darren Fletcher and Michael Carrick will take temporary charge for at least their trip to Villareal in the Champions League. They lead the group, but defeat in this match might well drop them to third place with one fixture left to play. Chelsea then land at Old Trafford for the next Premier League match, for which it is entirely realistic that United might already be in the bottom half by kick-off.

In other words, the football world will keep turning, even if it may feel a little as though Manchester United have slipped into stasis following Ole Gunnar Solskjaer’s departure. United reportedly intend to hire an interim manager until the end of this season, which will buy them a little time in terms of making the decision over their next permanent head coach for the summer. In some respects, this process makes sense. United will not be entrusting the club’s long-term wellbeing to coaches who tick the ‘legends’ box but little else, and there should be no particular need to rush into making a decision over the permanent choice.

In others, though, it really, really doesn’t. The players will have to get through a couple of games with Continuity Solskjaer in charge and then start to take instructions from someone who will already know that they’ve primarily been parachuted into Old Trafford to carry out a fire-fighting job. Will that individual be given money to spend in the January transfer window, or are United hoping that a new coach will be enough to get the club over the line marked ‘Champions League qualification’ through revising their tactics and training methods alone? And then what happens next summer, when the new manager arrives? What happens if the interim manager has been successful and it feels as though he may be an excellent fit for the long-term future of the club? What happens if the interim coach hasn’t been successful and an elite-level coach has to drop into the Europa League or Europa Conference League?

It’s doubtful that many of these questions have been answered within Manchester United just yet, because if nothing else it seems as though very little preparation had been made for succeeding Solskjaer prior to his dismissal. If anything, the paucity of the performance at Watford seems to have caught the entirety of the club’s executives a little off-guard, as though they were expecting the two-week international break to have cured their ills in and of itself. Just as it has felt for so many of the eight and half years since the retirement of Sir Alex Ferguson, it seems as though a substantial part of the problem at Manchester United continues to be a large number of people who aren’t the manager.

Nevertheless, the Glazers will now be leading the search for a new leader, and predictably the air is now swirling with speculation. Zinedine Zidane had been the object of their affection over the weekend, but the latest reports indicate that he is not interested in the job. Mauricio Pochettino has now usurped him as the favourite to be the next manager, but he’s 11 points clear at the top of Ligue Un at PSG and will be through to the knockout stages of the Champions League should his team win their next match against Manchester City. It doesn’t seem particularly likely that PSG will let him leave before the end of this season.

There’s been similar talk concerning Ajax’s Erik ten Hag, but again current circumstances work against United. Ten Hag’s team is top of the Eredivisie in the Netherlands, having scored five goals on five separate occasions in the league in just 13 games, with their place in the knockout stages of the Champions League already assured. Ajax’s team of 2021/22 seem to be moving in the same direction as their team of 2018/19, when they came within a whisker of reaching the Champions League final. Following over-excitable reports from England, Ten Hag has already had to reiterate that his primary focus has to be on his current employers.

There are, of course, more names to throw into the mix: Brendan Rodgers, Luis Enrique, Julen Lopetegui, Laurent Blanc and Ralf Rangnick, for example. But the more hats are thrown into this particular ring, the more the lack of preparation for this succession becomes evident. This is a common theme with Manchester United. Consider, for example, the summer, when they signed a couple of players and looked encouraging for the first couple of games before signing Cristiano Ronaldo and completely upsetting the balance of the team. We’re not even halfway through the season yet and who knows, perhaps Ronaldo will come good in a way that ends with silverware or Champions League qualification. But if this happens, a feeling remains that it will be in spite of the structures of the club itself, rather than because of them.

And this is the problem that Manchester United face now that Solskjaer has gone. There’s already talk that Ed Woodward, whose departure from Old Trafford seems to have been somewhat overstated, will now be staying on to oversee the selection process.  If there remains a deeper malaise at the heart of the club as a result of the Glazers’ ownership, then how much is going to change as a result of removing the manager if nothing else is altered? Do they continue with a scattergun transfer policy – they’ve had a sporting director since March, not that you’d have known had you not been paying very close attention indeed – or have a grand clearout and give the new guy the financial backing to rebuild?

Greater changes are going to be needed than just this one totem if Manchester United are going to change in ways beyond the merely superficial.