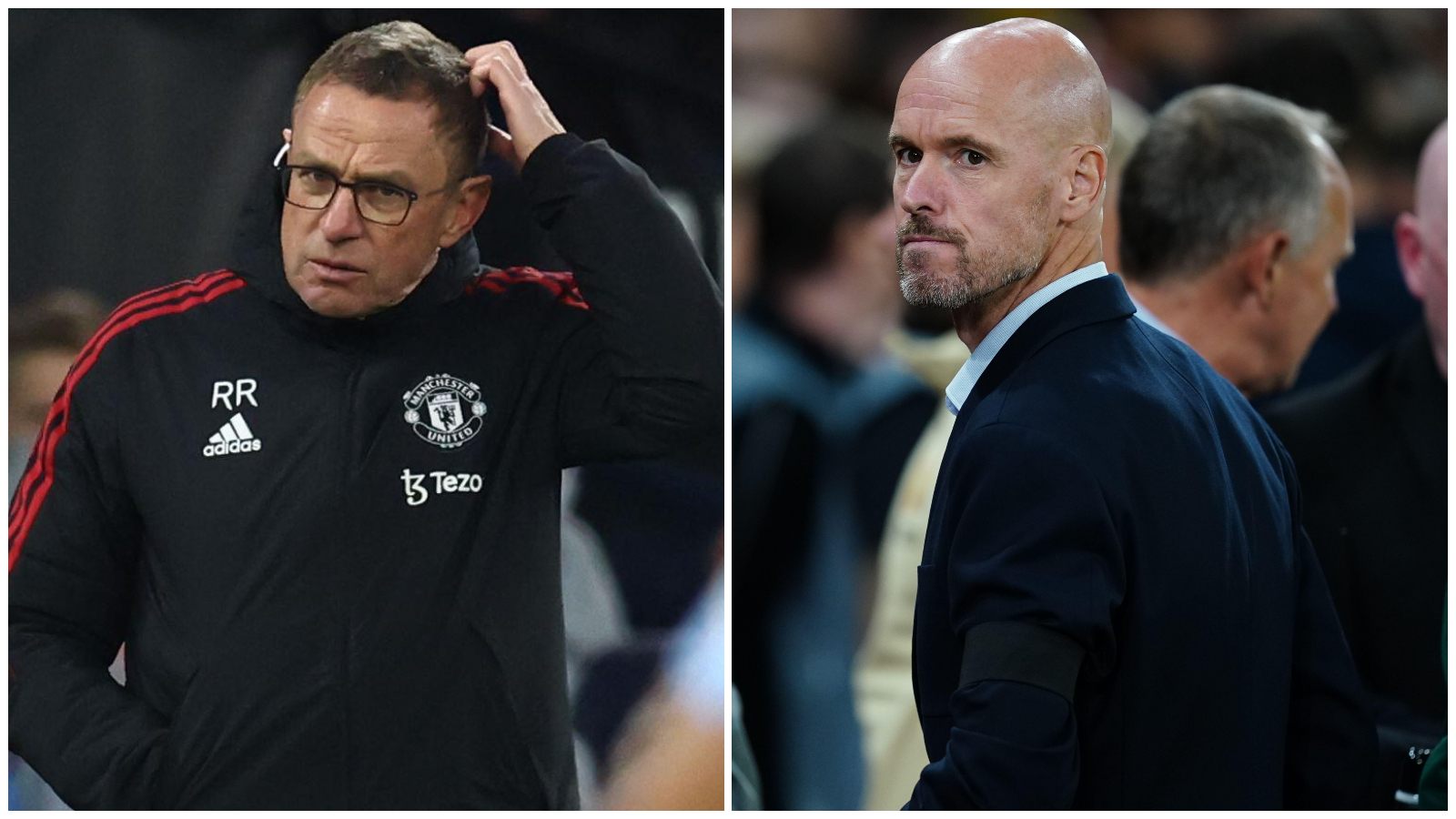 Revolution might not be coming quick enough for some Manchester United supporters. But the times they are a changing at Old Trafford. The team-sheets from Sunday’s derby and the same fixture six months ago will serve as evidence of that.

In March, Ralf Rangnick took his tuned-out rabble to the Etihad, where they were made to wallow in their own wretchedness while City re-established a six-point lead at the top of the table without really breaking sweat. Looking back at the side Rangnick had little choice but to pick, it’s hardly a surprise they were swept aside so easily.

Mercifully for United fans dreading another shlep across Manchester to the Etihad, only four of that XI – De Gea, McTominay, Fernandes and Sancho – are expected to line up against the champions on Sunday.

It could be argued that the United squad is still to similar to that which brought shame upon the shirt last season, but this derby is a chance for Erik ten Hag to highlight the difference between his new-ish United and the sorry lot from last season, rather than for City to demonstrate again their enormous superiority over their neighbours.

Both could yet happen. If City click, and Erling Haaland has his fun, then United might still be put to the sword. But the travelling fans are entitled to feel more optimistic since it isn’t the defence above that will be standing between Haaland and the United goal.

Three of that back four remain at Old Trafford but a safe distance away from Ten Hag’s team. Alex Telles has been loaned to Sevilla, while no one wanted to even borrow Aaron Wan-Bissaka. At the heart of defence, though, is where the biggest change has occurred.

Harry Maguire has had a few bad days in recent months and last season’s derby was up there with the most miserable. City played without a striker and shredded United’s defence, which featured Maguire and Victor Lindelof at its heart. Maguire was at least partly culpable for City’s first two goals and the third deflected off the captain on its way past De Gea.

After boobing against Germany and the subsequent flak flung his way, you would understand if Maguire was grateful to sit this one out. United fans would only be too willing to pull out a chair for the under-fire skipper, who faces an uphill battle to regain his place and credibility at United. Perhaps it is a battle already lost.

In his stead, Lisandro Martinez has offered United fans glimpses of what a leader might look like, while Raphael Varane finally resembles the defender he was at Real Madrid through all those Champions League triumphs.

Together they have shackled Liverpool and Arsenal’s attack, though their sternest test awaits on Sunday. At least now there can be some optimism the United defence won’t just wilt at the mere sight of City’s forward line, which last season didn’t even feature a striker. Now it has one of the best in the world.

Ahead of Martinez and Varane, United could pick Casemiro, the Brazil veteran with even more Champions League medals than Varane. Instead, though, it’ll likely be Scott McTominay picking fights and Christian Eriksen picking locks.

McFred may only be half-dead but Ten Hag has unquestionably breathed new life into his midfield.

Harry Maguire and the invisible line between loyalty and bloody-mindedness

And what about his attack? Last time at the Etihad, United fans were reeling from Cristiano Ronaldo’s late withdrawal through injury. Half a year on, many would prefer that he was absent again.

Even with Ronaldo out and United lacking a centre-forward owing to Edinson Cavani’s apparent reluctance to get on a bus, Marcus Rashford couldn’t get a game, so wretched was his form.

Rangnick picked Fernandes as a No.9, for f***’s sake. Now Rashford, though, is ready to lead the line again and looking just sharp enough to tempt Gareth Southgate into taking him to Qatar.

Either side of him, looking to break on City, is Antony and Jadon Sancho; no longer the put-upon Paul Pogba and Anthony Elanga, who talented though he may be, earned most of his game time last season on the basis that he engaged with the manager once in a while.

Even with such wholesale changes to the United side, City might still assert their authority – of course, they remain the better team in Manchester. And England. Indeed, good luck to anyone who wants to stop them in Europe this season.

But United fans hoping for something other than abject embarrassment at the Etihad can now embrace any sense of optimism that Ten Hag’s changes have prompted.

The rebuild is a long, long way from completion. But whatever happens in this derby, at least Ten Hag has driven his bulldozer through the ruins of the last one.