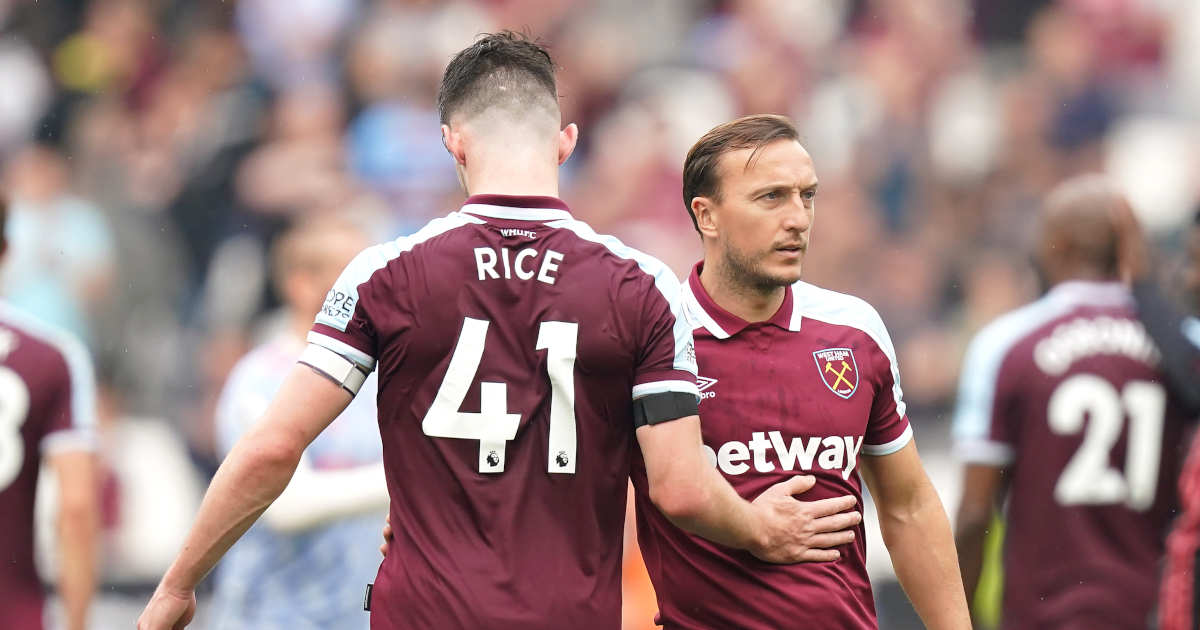 The decision to bring on Mark Noble to take a last minute penalty for West Ham hinted at the English veneration of the captain’s armband.

The scriptwriters of ‘When Saturday Comes’ couldn’t have done it greater justice. After 95 minutes at the London Stadium came a last-gasp opportunity to rescue the match, and cometh the hour, cometh the man. Mark Noble is 34 years old and has been at West Ham United since he was 17. He’s played more than 450 games for the club, has been the captain since 2015 and has said that he’s going to be retiring at the end of this season. He also happens to be a very good penalty taker, so David Moyes introduced him to take this vital kick.

It was the end of a sequence of events that reads like the plot of a soap opera. Jesse Lingard was on loan at West Ham last season, played outstandingly for them and was expected to make his move there permanent during the summer before opting to stay Old Trafford instead. He came on with 17 minutes to play to warm applause from the West Ham supporters, but with 89 minutes played Lingard curled a shot into the top corner to give Manchester United a late lead.

The game rolled into stoppage-time and Cristiano Ronaldo seemed to be felled by Kurt Zouma, only for both the referee and the video assistants to turn away his appeals. Straight from defending this attack West Ham broke to the other end, a cross hit Luke Shaw’s arm, and after some deliberation, a penalty was given to West Ham: an unlikely opportunity to snatch a point from a match in which most of the big decisions already seemed to have gone in their favour.

It probably was the correct call in itself – Shaw’s arm was outstretched from his body when the ball made contact with it – but considering the decisions that had gone against them prior to this, Manchester United’s feeling of injustice at the award felt fair.

This context adds yet another extra layer to why David Moyes’ decision to introduce Noble just to take this penalty was so funny. Firstly, there’s straightforward logistics. Noble may have done all his stretches, but anyone who has set foot on a football pitch would tell you that they would prefer their first touch of the ball in a match not to be a result-saving penalty kick. This isn’t to say that it was always guaranteed to be a disaster, but it does seem likely that giving such a responsibility to a completely fresh player increases the risk of something going wrong.

Then there’s trying to understand the underlying logic behind it. Noble is a West Ham legend, but for all that was in his favour in paper, there was a crushing inevitability about what was going on when it became clear that they were bringing him on for this penalty that made you wonder whether emotion had overtaken Moyes in that particular moment. Another West Ham player may well have stepped up and missed – and it doesn’t say much for Moyes’ confidence in those he had on the pitch that he brought on somebody fresh to take such an important kick – but they couldn’t have done worse than Noble did with his effort.

And semi-buried underneath all of that is the narrative surrounding David De Gea and penalty kicks. De Gea, famously, had not saved a penalty since the 2016 FA Cup semi-final against Everton, a trope that has been slowly building over the years and which exploded at the end of last year’s Europa League final, when he was unable to save any of Villarreal’s 11 penalties against him in the shoot-out and missed the one he took himself.

If it wasn’t for the element of slapstick that followed the decision to bring him on, you’d have called it high art. It’s not even that Moyes can’t claim to know of a high-profile case of this tactic backfiring. Gareth Southgate made exactly the same mistake in the summer, bringing on Marcus Rashford and Jadon Sancho at the very end of the Euro 2020 final against Italy. Even with a couple of minutes to get themselves limbered up first, both players missed their penalties in the shootout.

In the very first edition of The Blizzard in 2011, Scott Murray wrote that Roy Race Ruined English Football, and although we might assume that his tongue was at least partly planted in his cheek, there may be an element of truth in that. England takes the concept of captaincy and the ‘hero narrative’ just a little too seriously. The captaincy was particularly a hot button topic while England were managed by Fabio Capello, who resigned over the FA’s decision to strip it from John Terry in 2012. The class system remains alive and well in English football, and the veneration of the captaincy remains one of its most visual manifestations.

Bringing this all full circle, it’s even possible to consider Noble’s miss to be of the same type as John Terry’s in the 2008 Champions League final, with the gales of laughter afterwards not being quite as funny this time around because Noble is nowhere near as unpopular as Terry was at the time. The level of schadenfreude was nothing in comparison with what it might have been had it involved the England national team in any way.

But the English veneration of the captaincy doesn’t end with the national team. The captain is expected to lead by example on the pitch, to act as a middleman between the coach and the rest of the team, to be a motivator and, increasingly in a multimedia age, to be a representative and ambassador for the team at all times. It certainly does take a particular type of person to assume that level of responsibility, but it might be time for clubs to rethink whether they want to drop this all on one person’s shoulders.

Because what happened at the end of the Manchester United match was completely avoidable, and Noble himself probably deserved better. The risks in such a high-pressure situation were clear and even if players themselves are certain that they will perform under such conditions, sometimes it’s the manager’s job to say ‘no’ to their enthusiasm. The question now for West Ham United is whether this will affect their confidence in their forthcoming matches. Supporters will be hoping that this doesn’t mark a downward turning point in what has been a very productive period for the club.