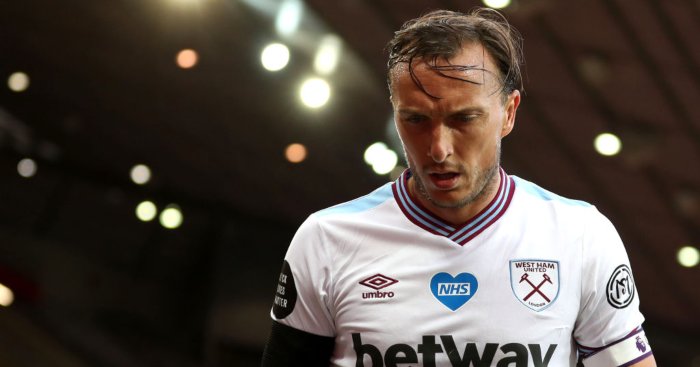 In one of those obsolete yet mildly interesting discussions on Twitter, a debate surfaced about whether transfer news has now genuinely plagued football to such an extent that sagas are now replacing the game itself.

While it’s true some of the more popular teams’ fans enjoy that repugnant excitement over the lavish sums for a new player, with mouths drooling following Fabrizio Romano’s latest ‘Here We Go’, the flipside for teams outside the top six is club expenditure during a window is sadly nowadays paramount to whether they will be playing in a lower division the following season. Spend or sink; it’s no wonder those fans put so much onus on the market.

So when a club narrowly avoids relegation the previous season and then decides not to spend, supporters have a tendency to get very pissed off.

You can double down on this in West Ham’s case, when not only does the club refuse to invest, they also make the rather short-sighted decision to sell off one of the most exciting and popular prospects. And when this happens, players have a tendency to get very pissed off, too.

Gutted, angry and sad – these words used by Mark Noble in a tweet on Friday night perfectly illustrate the sentiment shared by most associated with the club. And if Mr West Ham publicly calling out his eponymous club wasn’t enough to persuade you that they are in the midst of a crisis then perhaps a Hammers Fan TV’s video on the current situation of the club being titled: ‘IT’S F**KING DISGUSTING’ might.

Conversation about the stadium switch might seem a bit old hat and muddied water but it truly signifies the complete contrast between the club’s hierarchy and the fans at present. It was done, headed by Karen Brady, despite no one asking for it, with the idea that such a large arena would embody a proper European force and, naturally, the team’s performances would follow suit.

But the reality couldn’t be further from that. The promises made by Brady, David Gold and David Sullivan about West Ham’s future after the shift were found out to be as hollow and spiritless as the ground in which the team now plays in: a vacuous, metallic open dome initially made for athletic games, now used as a make-do, rented arena for a club whose previous home was embroiled in tradition and history. The current faraway seating design of the London Stadium is a stark visual metaphor of a club now at a great distance from its fans.

However, this topic has always been a bit of a red herring – a stadium doesn’t breed poor results. Incompetence, greed and arrogance do that.

West Ham are the 18th richest football club in the world, as per the 2020 Deloitte Football Money League – that’s richer than Everton, Wolves and Leicester, all of whom have had European football in the past three seasons.

Since the world’s most lucrative TV rights deal came into play in 2016 and each Premier League side would earn around £100m upon survival, West Ham have averaged just a £30m net spent each year. That figure will drop if Declan Rice does make the move to Chelsea for a reported £50m. Such tightfistedness by the owners has seen West Ham finish 10th or in the bottom half or worse in the last four seasons; last campaign’s 16th position was their lowest top-tier finish since their relegation in 2010-11 under Avram Grant.

Such a dreadful campaign smacks of a club on a downward spiral. You’d think the club would be desperately scrambling to get their first-choice targets over the line – and yet quite the opposite is true: West Ham remain the only club in the Premier League yet to make a signing. (Unless you believe activating January addition Tomas Soucek’s option-to-buy clause counts.)

So it’s easy to see how the ambition on the transfer market from last season’s fellow strugglers and this season’s newly promoted sides will be a cause for concern for fans. It’s no surprise to hear all three new Premier League clubs have spent more than West Ham’s tidy profit of £5million so far this window.

But the buy that really stung was West Brom’s purchase of Grady Diangana. A piece of business which even upset people beyond the usual reactionary, shouty echo chamber of supporters on social media. Captain Noble blasted his beloved club on Twitter – while fellow teammates Jack Wilshere and Rice also gave their digital indication of disgruntlement via likes and posts.

But despite openly ripping the club a new one, it was confirmed on Friday that the hardy Noble won’t be stripped of his captaincy. The decision showed just a small fraction of self-awareness from West Ham, just enough to indicate there is still some degree of life there. Their website, however, does not show such grace.

The last-gasp survival of last season, in which Michail Antonio provided eight of his ten league goals in the final curtain, has been defined by the club’s website as a bounce in form which West Ham can easily continue this season, something which even the most zen eternal optimist would raise eyebrows at.

‘With a talented and hungry squad combining youth and experience, including January signings Tomáš Souček and Jarrod Bowen and reigning Premier League Player of the Month Michail Antonio, anticipation is growing on and off the pitch.’

Think they might have confused ‘anticipation’ with crippling anxiety. And indeed, the situation has become so destitute with the owners, even the unwanted man David Moyes has been granted some sympathy by supporters. Given his resources, he did well to keep them up last season, while this window he’s battling against the club’s reluctance to buy his targets.

West Ham have about as much depth as a small puddle and even recent purchases have barely plastered over a gaping wound: Felipe Anderson’s reported possible £5m loan move to Arsenal tells you everything you need to know about his recent games, Sébastien Haller, whose blushes might only be saved by Joelinton’s disastrous form, managed just seven goals in the league last season, scoring once in his last ten league games, while Issa Diop’s dreadful form is perhaps best encapsulated by watching West Ham’s 5-3 defeat to recently relegated Bournemouth. It was a game where their defensive inadequacies would cause even the most hardened of Millwall fans to feel the need to bury his hands over his face over sheer embarrassment.

Luckily we have level-headed broadcasters to offer some support to fans during such stark periods. During this time of anguish and frustration the walking Sky Sports Robo presenter, Jim White decided to remind fans that any form of protest against the current regime would only squander their chances of enjoying a glittering campaign of narrowly avoiding relegation this season.

“What is it that these West Ham fans do not get?” he spat on talkSPORT. “Why do they habitually complain on the eve of a new season when they should be right behind Moyes, right behind West Ham and – dare I say – right behind Gold and Sullivan?”

A bizarre take on a complex matter. Strange, too, is the suggestion that Moyes and the owners are one entity on a single side. Reports suggest there is friction between the Scotsman and the board following the sale of young Diangana to what you’d expect will be West Ham’s relegation rivals. But this is the typical talkSPORT shtick for disillusioned fans outside the top six: Don’t complain, for it could be worse.

Of course, good ownership does not purely equate to spending lots of money – Everton fans will tell you that – it’s also about building relationships within the community, and not doing narcissistic things like charging supporters full whack up front for a season ticket they might not even get to exercise. But that’s precisely the road West Ham have taken. It could be down to the fact that maybe the owners are really that out of touch with reality. Maybe they just haven’t seen the current unemployment figures in the country. Maybe their refusal to make any sort of concessions for a club starved of ambition and progress is down to more ignorance than outright arrogance. But every fan knows the story: It will only be when the club is down in the Championship and Gold and Sullivan’s pockets become lighter that they may realise it’s time to galvanise – but for the fans, by then will be too late.