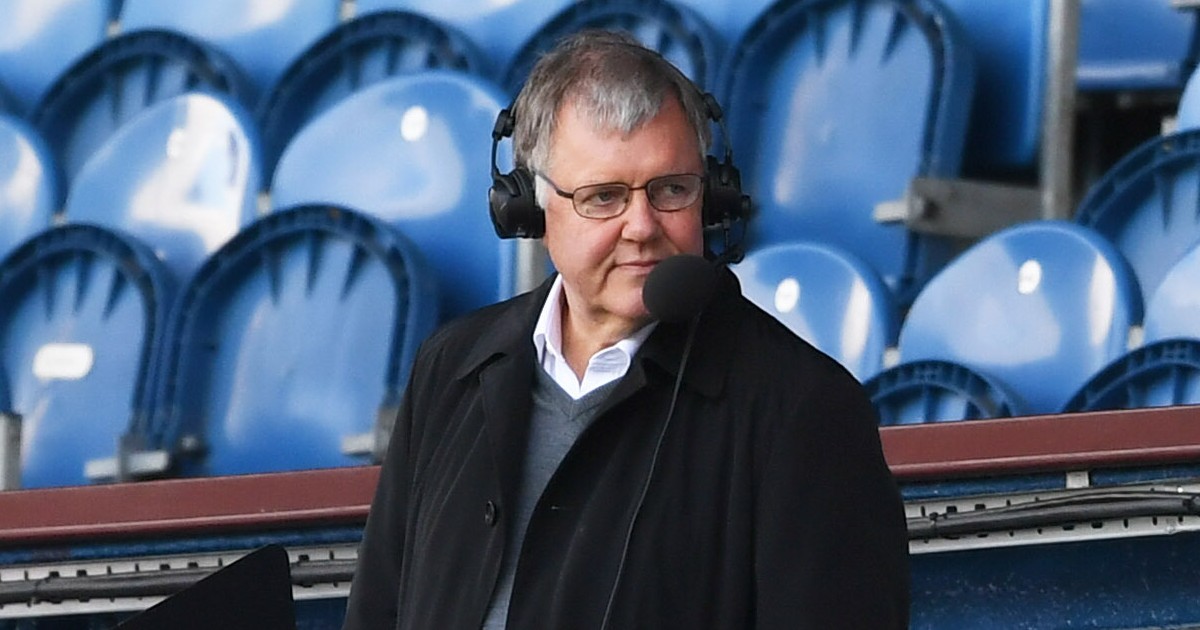 Commentary is not easy and most mistakes are forgivable. But Sam Matterface is out of his depth on ITV and Clive Tyldesley is *right there*.

England’s glorious run to the final of Euro 2020 has been studded with a series of big and, ultimately, correct calls from Deep Woke’s top agent Gareth Southgate.

Few of us would have started Kieran Trippier at left-back in the opening game. Not many more would’ve had Raheem Sterling in the starting XI when this tournament got under way if we’re all entirely honest with ourselves. The switch to a back three against Germany was a huge call that was entirely vindicated and even against Denmark last night Southgate not only pulled off the subbing a sub manoeuvre but did it to media darling Jack Grealish. The result? England oleing their way through the second period of extra-time with a one-goal lead in a European Championship semi-final.

Big calls. So many big calls. And every one of them proved correct.

And now it is surely time for ITV to follow that lead and do whatever it takes – including unseemly tearful begging if need be – to get Clive Tyldesley on commentary duty for Sunday’s final.

Nobody will be watching on ITV anyway – maybe a bit of Neville, Keane and Wrighty but certainly no live action – but for their own archive they simply cannot afford to have England’s biggest game for 55 years subjected to yet more Sam Matterface.

The decision to replace Tyldesley with Matterface was a big bold one in the first place. But it certainly wasn’t Southgatesque. The job is just too big for Matterface, so far out of his depth you almost end up feeling sorry for him. Almost. The hardest part is that you sense he knows it; the dreadful scripted and rehearsed lines scream of a man trying that bit too hard and only making things worse.

The inherent tragedy here is that he’d be better off going the other way and just trying to make his commentary as bland as possible and fade into the background. Like a striker missing chance after chance, I suppose you have to give him some credit for continuing to put himself in position. He just needs one of these prepared gags to go in off his backside, Clive. He’s Harry Kane until the Germany goal, essentially, except without the six previous years of consistent excellence to suggest it was always going to come good eventually.

From that tortured, tortuous opening monologue about… I don’t know, something to do with aeroplanes? it was clear this was going to be a long night. You could almost hear the precise moment he lost confidence in it and had to somehow Partridge his way through it. And that’s the worst thing, in a way. Rightly or wrongly, we get the sense that for all his faults Matterface is at least blessed/cursed with self-awareness. He will know that was sh*t.

There was just so much of it. Some of it was just pure Partridge (“Open your eyes as wide as the Wembley arch”). Some was just baffling – what, you can’t help but wonder, went through his head at the moment he decided to refer to Denmark players as “members of staff”? Then there were the slips of the tongue that, in isolation, could be forgiven (“NFL basketball timeout”) and the basic errors that really cannot (“England captain Harry Maguire”, “Denmark are down to nine men. Well not nine, ten. Nine outfield players”). Perhaps the most awkward moment came when he urged everyone watching to go on a bender and sack off work before desperately rowing back (“Stick to the rules. Be safe”) either because he suddenly realised what he was saying or because he had a panicked voice in his ear.

By the time he could no longer remember how many players a team has after losing one player, his head had gone. In his defence, so had those of about 30 million other Englishmen and women. We were just lucky enough that our thoughts weren’t being broadcast directly to the rest of those 30 million.

But perhaps his trickiest – and in many ways most revealing – moment came just before half-time. England, buoyed by their equaliser, were on the attack. “Another goal now would do England… good,” he offered. There is so much to unpack there: the crushing, banal obviousness of that observation; the failure to follow the first rule of commentary – if you can’t add to the pictures then say nothing. But above all it was the length of that pause, which lasted at least as long as England’s 54-pass move at the back end of extra-time as Matterface strived desperately and vainly for something, anything better than “good” to finish a comment that by now he knew to be beyond trite. Inspiration just never came. Lee Dixon’s withering “I’d take a goal at any time” spoke for us all.

And there was also another lesson from Dixon after England’s winning goal. Dixon is not a natural or particularly brilliant co-commentator, although we’re pretty sure he’d be far better with the safe, dependable hands of a Tyldesley alongside, and he certainly makes no great claim to comedic genius.

But his off-the-cuff description of Kane’s winning goal as “the best one-two I’ve ever seen” was effortlessly and infinitely better than any of Matterface’s scripted skits. And this is always true. There is no great line of commentary that was planned in advance.

By the end of his 120-minute nightmare, Matterface was quite literally begging viewers to stick with ITV for the final. The harsh truth is that even if ITV do make the Southgate-style big decision, very few will stick with them. But it’s still the right thing to do.