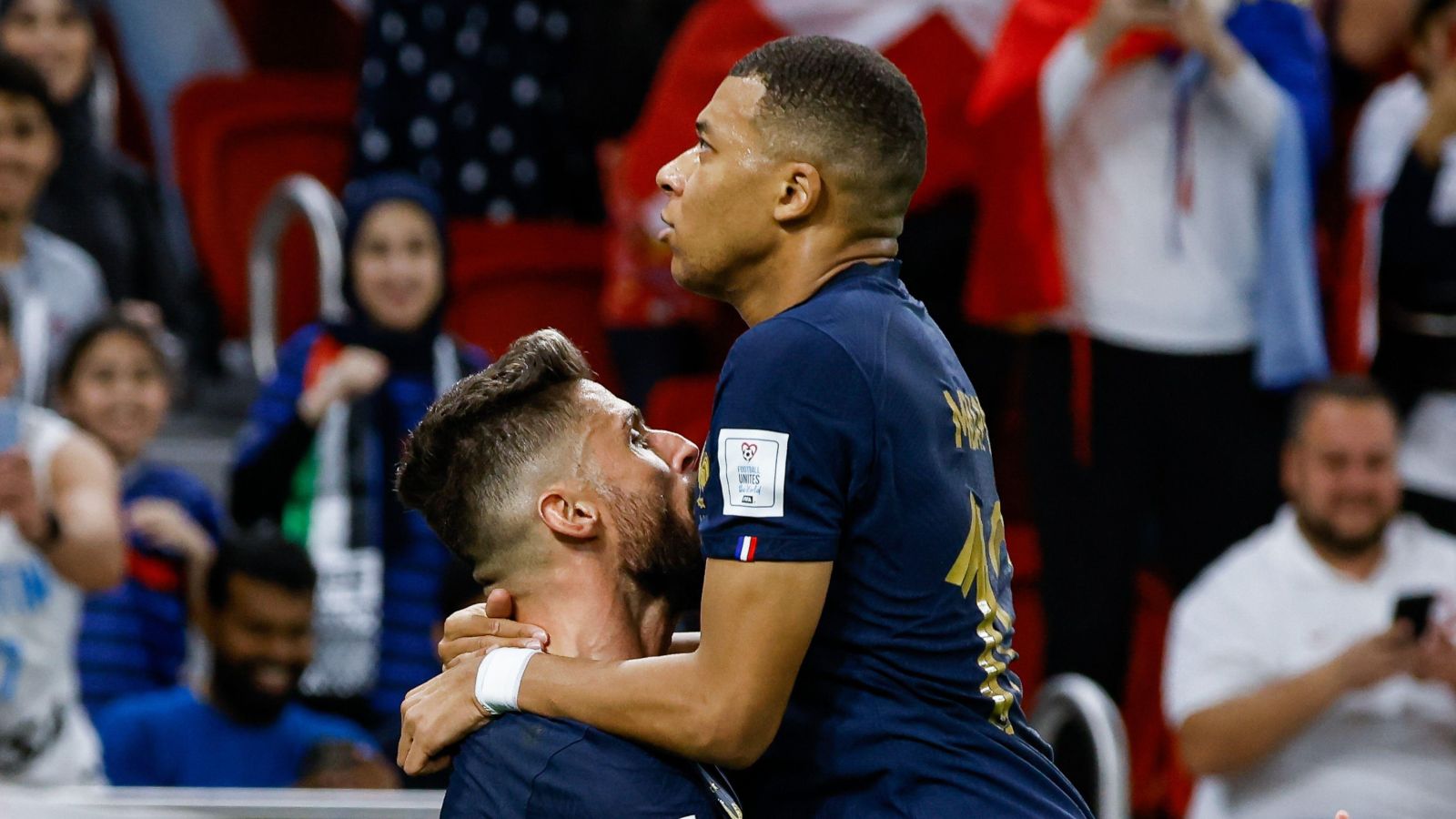 Graeme Souness’ mate Olivier Giroud became France’s record scorer on an evening which reinforced how the brilliant Kylian Mbappe will soon overtake him.

“I’m not his biggest fan. Seven games in the last World Cup in the team that wins it and he never had a shot on target. When you talk about mentioning him in the same breath as Thierry Henry – sorry!”

Apology accepted. Graeme Souness curiously stopped short of proposing a medal-based game of Top Trumps with Olivier Giroud – that particular brand of hot-take criticism is presumably reserved specifically for Paul Pogba – but his review of the striker ahead of France’s World Cup group-stage game against Denmark was nevertheless excoriating.

“The goalscoring records are marked up because of the amount of games the teams play in these daft competitions,” Souness continued of a player who now has seven World Cup and European Championship goals to his five in the Nations League.

“I just think it’s an anomaly,” he added, also noting the “large slice of luck” Giroud had benefited from throughout his career, as well as the fact “his record is there for one reason: Benzema being out for such a long time because of all the controversy he’s involved with”.

Only a fool would suggest Giroud has not profited from circumstance; only a contrarian would put his record-breaking achievements solely down to the unavailability of another player.

But even as Giroud unseated Thierry Henry as France’s record goalscorer to send the reigning champions on their way to the quarter-finals, the 36-year-old was still overshadowed. It was a fitting coronation: the eternal foil, the ultimate backing vocalist, the reliable sub-headline bore front-row witness to the player destined to succeed him.

It was a similar story in the tournament opener, when Giroud equalled Henry’s total against Australia but was soon outshone by the electric, irresistible Kylian Mbappe.

With two goals of supreme quality to overcome Poland, as well as the genius assist for Giroud’s historic strike, Mbappe strengthened a legacy that, at just 23 years of age, really ought not to already exist.

The first finish was sublime. A France break, inspired by a ludicrous Giroud touch to pluck a high ball out of the sky, left Mbappe in space on the left with two Poland defenders in his line of sight for a curled shot towards the far corner. So Mbappe adjusted, shuffled the ball out of his feet and cracked an effort back across Wojciech Szczesny to double France’s lead.

Soon after, Mbappe received the ball in a similar position but this time was able to spot the top left corner of Szczesny’s net, locating it with unerring accuracy and ferocious power.

Thirty-three goals in 63 caps. Sixteen goals in his last 14 caps. Nine goals – more than Diego Maradona and Cristiano Ronaldo – in 11 World Cup appearances, with one winner’s medal in his collection and another on the immediate agenda.

At 23, it feels as though we are watching history being made live. Perhaps he is good enough for those moments to be consistently relied upon.

Matty Cash actually fared well against Mbappe but once the Paris Saint-Germain forward engineered the breakthrough, drifting between the lines to receive a ball he immediately played Giroud in with, the narrative seemed set.

It was harsh on Poland, whose aggressive approach clearly made France feel uncomfortable early on. They will rue their missed opportunities, particularly the Piotr Zielinski shot which Hugo Lloris saved smartly, before Raphael Varane cleared off the line from Jakub Kaminski.

“They’ve had one or two chances so we need be be better defensively and also with the ball,” Didier Deschamps told French TV at half-time, before praising Mbappe’s “ability to solve problems”.

No matter the equation, Mbappe certainly does seem to have the answer on this stage. But for a few more years at least, Giroud’s achievement should be appreciated and celebrated. Ever the critic, Souness stated that Karim Benzema “will be missed in this French team this competition”. With Giroud as their comfort blanket, they are doing a fine job of hiding it so far.