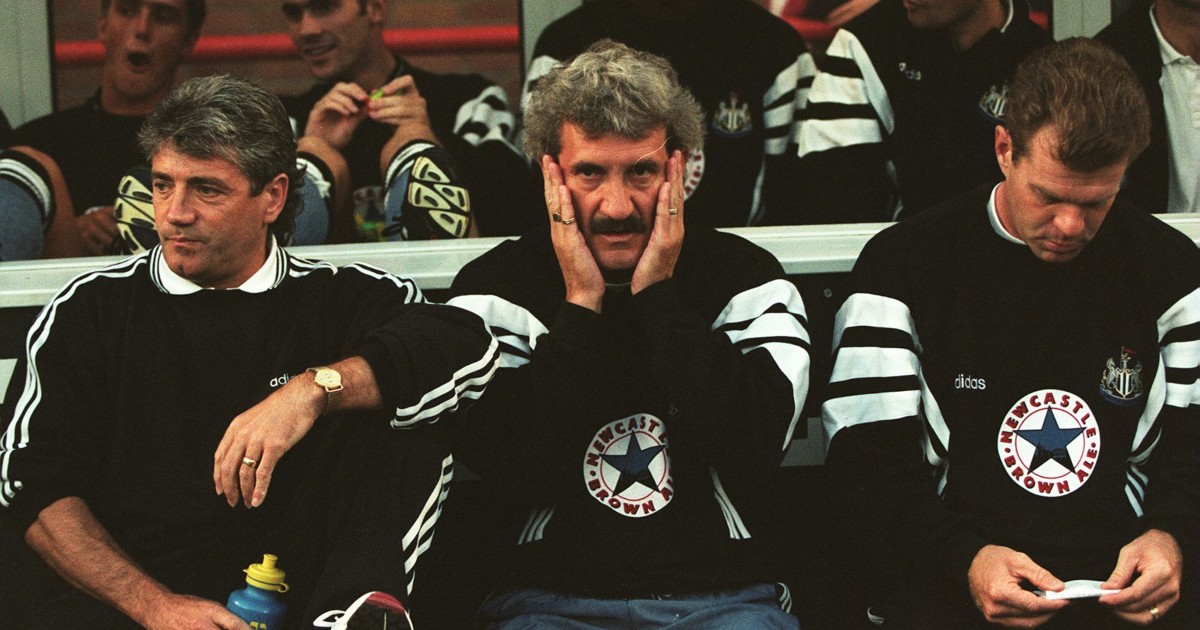 Terry McDermott will never walk alone, whether he is behind the most iconic Newcastle team or a legendary trophy-hoarding Liverpool player.

When Kevin Keegan stood on the steps at St James’ Park in response to the Newcastle United fans protesting the sale of Andy Cole to Manchester United in February 1995, Terry McDermott was right there behind him. As Keegan slumped over the advertising hoardings at Anfield after Stan Collymore’s winner in the dying embers of a gung-ho clash with Liverpool which arguably cost Newcastle the Premier League title 14 months later, McDermott was hit just as hard.

It is easy to remember Keegan, as the manager of Newcastle’s fabled ‘Entertainers’ team, as the face of that most remarkable and romantic of eras. It was his passion, his love and his understanding which manifested the rebirth of football in the north east: from the brink of relegation to the old Third Division to touching distance of glory within five years. But he always had McDermott there every step until his shock resignation in January 1997; they were a double act.

This week, after McDermott announced his dementia diagnosis, an outpouring of support from Tyneside, as well as Merseyside, his birthplace and where he spent the best part of his playing days with Liverpool, was pure. Terry Mac, as he is so affectionately known in both places, was more than simply an assistant. He’s a legend in his own right, with deep affiliation with Newcastle.

It began as a player. He helped Joe Harvey’s Magpies to the FA Cup final in 1974. Five years had passed from the Inter-City Fairs Cup victory, which still stands as the club’s last major trophy 52 years on. He played alongside the man who lifted it, Bobby Moncur, that afternoon at Wembley. Liverpool were the opponents and, somewhat ironically, Keegan was Newcastle’s scourge, scoring twice in a 3-0 coasting for Bill Shankly’s men. After just over one season in black and white, having arrived from Bury, McDermott joined the Reds, where he made over 250 appearances before a second spell back at Newcastle in the 1980s.

The connection runs deep, but he is best known for standing alongside Keegan in the dugout at Newcastle. Even when his boss and long-time friend left, though, McDermott stayed on, working alongside another former Red in Kenny Dalglish, then returning under Graeme Souness in 2005, supporting him, Glenn Roeder and Sam Allardyce before Keegan’s second spell. Once that ended in the same literal fashion, with Keegan’s resignation, but with much more animosity towards the ownership and a severed relationship with the club that has yet to heal, McDermott left in 2008.

Mike Ashley had bought out Sir John Hall and Freddy Shepherd, the men behind their arrival first time around in 1992, by then. He has never shown the sort of care and affection for Newcastle as a club or city that Keegan or McDermott did. He is still lingering today, albeit only because of a seemingly eternal delay to a takeover, agreed with a Saudi Arabian-backed consortium in April of last year. Ashley and Newcastle fans are in a loveless marriage, stuck in a never-ending state of purgatory and desperate to see the back of one another. The latter is longing for the sort of connection they felt with Keegan and Terry Mac, safe in the knowledge that they were the first of many popular club figures and icons to fall foul of Ashley’s callous negligence.

But the feeling is as strong in Liverpool, too; you won’t have to go too far to find a comparison between the two cities and the two fan bases. Both are built on and fiercely protective of their community and driven by their love of their football clubs. That, truly, is why McDermott has been swamped by supportive messages and backing as he battles a horrible and all too common disease.

He is modest, never in the limelight and that is why he and Keegan were able to change lives in Newcastle; they knew their roles. But Terry Mac should know how loved and respected he is. His name is etched into the history and connected to some of the greatest days of two of English football’s biggest clubs. It is cliched to say it, perhaps, but You’ll Never Walk Alone has rarely felt so apt.

McDermott is the latest in a long, concerning line of former footballers succumbing to dementia, and the discussion over a connection between their playing days and subsequent suffering rumbles on. Jack Charlton is just one who lost his life because of it, his brother Bobby is now battling, as is former Manchester United teammate, whose announcement came days before McDermott’s.

Heading the ball is being regulated and the race is on to better understand what is becoming an extremely tragic trend. But for now, the time is right to throw everything behind those affected. Terry Mac is synonymous with the fabric of Liverpool and Newcastle United and has two mighty armies in his corner.