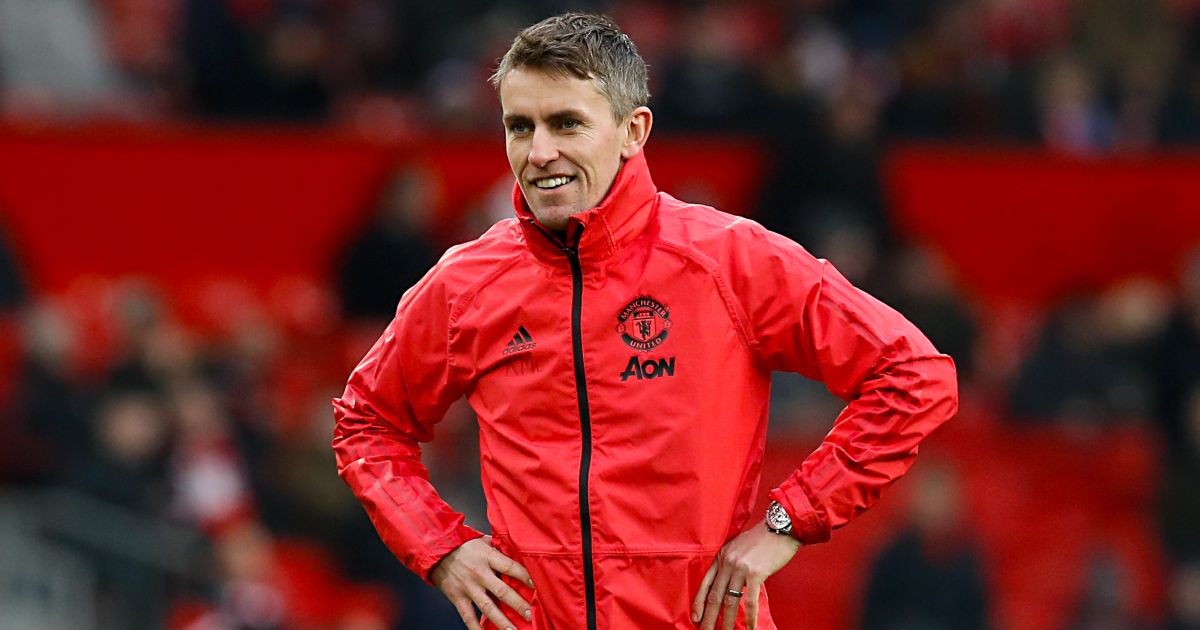 Late last night, Manchester United coach Kieran McKenna was announced as the new Ipswich Town manager. The move represents quite the change for McKenna, swapping Old Trafford for Portman Road, Champions League for League One, Cristiano Ronaldo for Macauley Bonne, and most importantly moving from a backroom position to the main job.

In terms of first team management, McKenna is an unknown quantity, he has worked with the youngsters at Spurs and Manchester United, with his reputation growing following his first team coaching work at Old Trafford. When Jose Mourinho’s long term assistant Rui Faria left as assistant manager in mid 2018, McKenna was promoted to the first team set up, he remained there when Ole Gunnar Solskjaer took over and latest boss Ralph Rangnick was said to be keen to keep McKenna at Old Trafford.

With things at Old Trafford unravelling under Solskjaer this season and pundits like United legend and former Ipswich boss Roy Keane suggesting a ‘jobs for the boys culture’ existed at the club, McKenna’s input has come under scrutiny. The jury is split, one side points to an exciting young coach working his way up to one of the most high profile dugouts in world football, the other points out he was a coach in a set up that translated into a rather disparate team of disorganised superstars.

The speculation can be put to bed pretty soon as McKenna takes his first strides into full-on management at Ipswich, where he becomes the youngest manager in the EFL at just 35 years-old. There may not be many parallels currently between Ipswich Town and Manchester United as clubs, but in relative terms both are searching for some kind of reset after a downturn. Both clubs also have American ownership now, after Town were taken over by Gamechanger earlier in the year and now have links to a multi billion dollar US pension fund. After a summer of widespread player recruitment at Ipswich, the first big operational decision made by Gamechanger was to sack incumbent boss Paul Cook, the second is the appointment of McKenna.

One has to admire the ambition and bravery of McKenna. If the reporting of Ralph Rangnick’s perception of the young coach is in any way correct and the German is a long term fixture at Old Trafford, there could have been a lengthy and desirable coaching position at one of the games giants for years to come. If McKenna’s plan was always to get into full time management, then the Ipswich opportunity possibly provided a ‘sink or swim’ moment, with McKenna taking the plunge.

⚖️ IS McKENNA THE RIGHT GUY FOR #ITFC??

🔮 How’s this going to go? Detailed thoughts from yesterday pre-announcement in my original video, but things turn to the future now. Thoughts?? https://t.co/EdQqWvRR7x pic.twitter.com/yH8zRof4hJ

Ipswich’s slow regression down to League One presents a club who has historically functioned at a higher level, with a fanbase and an ownership expectantly hoping for a promotion challenge in the not too distant future. I’ll leave you to decide whether that’s a good environment for a young coach taking his first job in management, frankly Ipswich have tried and failed with every other profile of manager the past couple of decades.

McKenna will officially start work at Portman Road on Monday, but will doubtless be in attendance at Ipswich v Sunderland this weekend, where Covid permitting a Christmas ticket promotion will see a huge crowd in attendance. Obviously McKenna is used to much bigger audiences at the Theatre Of Dreams, but he knows that if he ever returns there in either of the dugouts, on any kind of equal footing, his Old Trafford to Ipswich gamble has probably paid off.