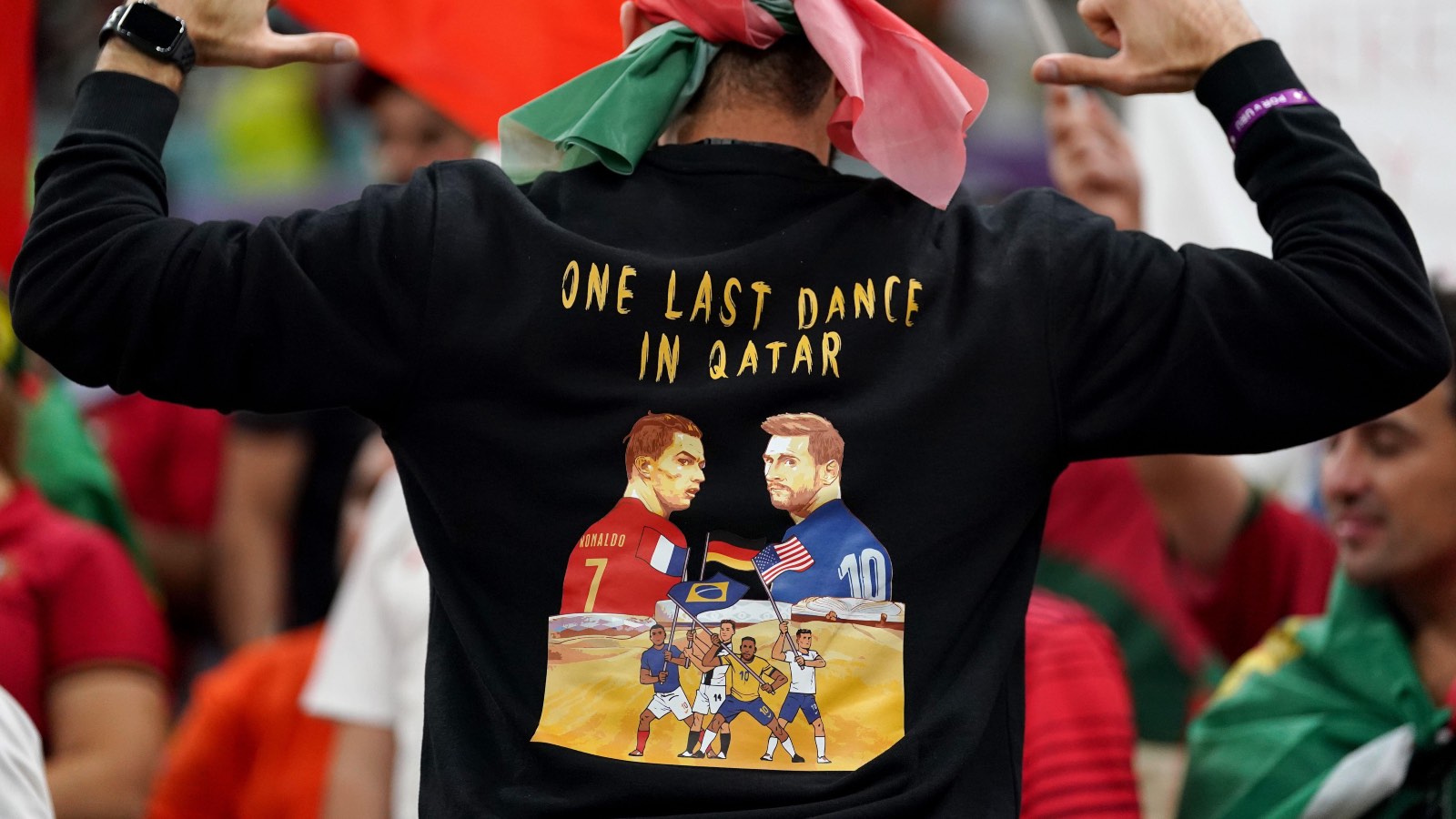 Are people actually that impressed with Lionel Messi or do they just hate Cristiano Ronaldo? The GOAT rivalry has us questioning whether the reverence is genuine.

Lionel Messi marked his 1000th professional appearance with his 789th career goal on Saturday as he led Argentina into the World Cup quarter-finals. He’s an undeniably brilliant footballer, but the widespread adulation has become too much for many.

No sooner had our very own Ian King said he felt alone in being ‘absolutely sick of the constant, incessant, gushing Messi eulogisation’ than Piers Morgan claimed ‘the relentless Messi fan-girling by the whole BBC punditry team is getting excruciatingly obsequious’. Funny though it is that Ian and Mr Morgan tweeted in similar vein, you won’t be surprised that their thoughts on most other topics differ dramatically. As Ian qualified, ‘Even a stopped clock tells the right time twice a day, and all that’.

It illustrates that although Morgan’s thoughts are shouted from somewhere deep within Cristiano Ronaldo’s colon, people of sound mind without a particular dog in the Messi-Ronaldo fight found the BBC circle-jerk on Saturday evening galling.

Gary Lineker, leading the Messi love-in on Saturday, is an admirer of Ronaldo but is renowned for being besotted by his rival. He cleared a path to give the pundits in the studio little option but to revel in the genius of Messi, in what has come to be known – through the tiresome language of the GOAT debate – as a simultaneous swipe at Ronaldo.

More and more it feels as though the extolling of either Messi or Ronaldo isn’t about the brilliance of Messi or Ronaldo, but a notch on the football bedpost for either of them over the other in the minds of those who chose their sides long ago.

It’s frequently claimed that Messi wouldn’t be Messi without Ronaldo and Ronaldo wouldn’t be Ronaldo without Messi. And there’s almost certainly some veracity in each of them pushing the other on to improve, to the benefit of the spectators. But unfortunately that same rivalry has rubbed off from their performances on the pitch into the twitching fingers of social media stans.

There’s nothing worse for Ronaldo fans than Messi doing well, and vice versa. And the individual battle between the two players and their fanboys and girls has grown to such an extent that Portugal and Argentina have become the second teams of a seeming majority, with the nation represented by the other superstar the one they hope to see crash and burn.

Think for a second about the ridiculousness of Spanish Ronaldo fans celebrating defeat to Argentina while cheering on Portugal.

A World Cup win for either would be the nail in the coffin of the other, but only in the opinion of those holding the hammer, as we already know that Messi or Ronaldo lifting the trophy won’t persuade the entrenched to alter their view that the man without a World Cup winner’s medal is still the far superior footballer.

It’s this Messi v Ronaldo backdrop that leads people to overblow their displays on a football field. It’s as though a Messi goal has to be celebrated above and beyond what it actually merits because Ronaldo will probably score in the next game and his fans will sure as sh*t be blowing that out of proportion.

And sickening admiration of Messi or Ronaldo can allow you to further anchor yourself in the camp of the other player, not because that player has done something particularly extraordinary that deserves your admiration, but because you can’t bear the thought of Piers Morgan or Gary Lineker being right.

Perhaps what’s most exciting about this World Cup being the last dance for Messi and Ronaldo isn’t the prospect of one of them being crowned the undisputed GOAT, because that will never happen, but the end of the incessant talk and confusion over whether they’re actually all that good anymore, or if the genius of one is being overstated in order to stick the knife into the other.