Home F365 Says Could Lionel Messi *actually* only do it at Barcelona? 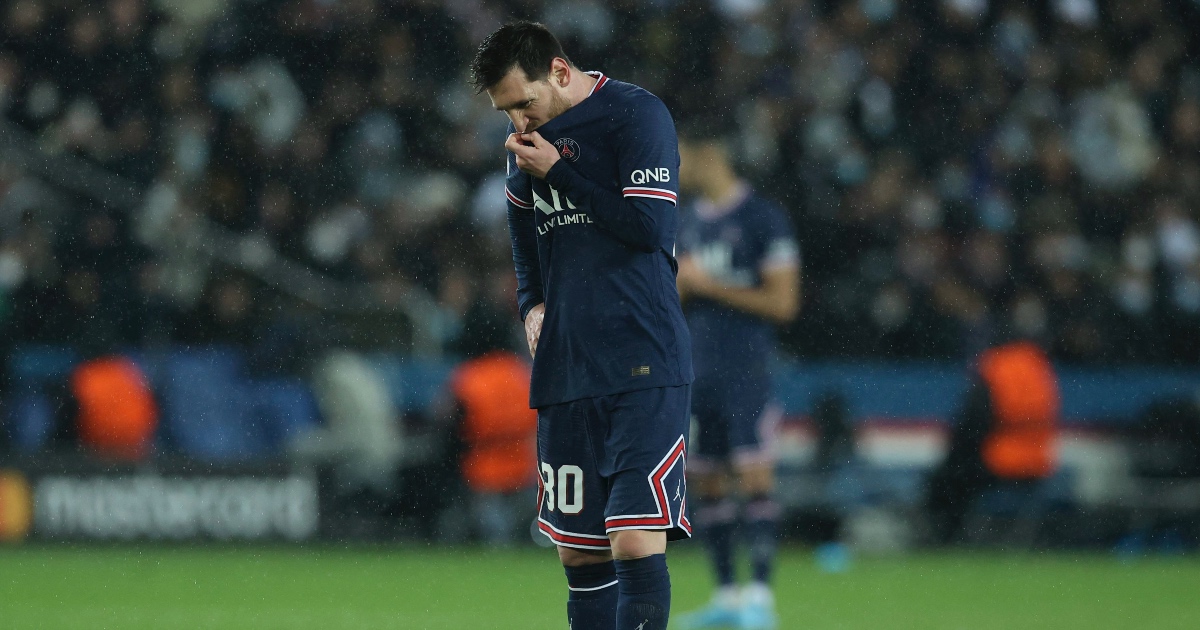 Lionel Messi hasn’t done it at Paris Saint-Germain. The move, the timing, his performances: it’s all a big shame.

When you type ‘who’s better’ into Google, the first autocomplete suggestion is ‘…Ronaldo or Messi’. The ‘Messi-Ronado rivalry’ Wikipedia page is the top hit among 523 million. Every football fan will have had the discussion at some point, further entrenching themselves in their own view with every exchanged statistic. No person in the history of the Messi vs Ronaldo debate has ever changed sides.

The two most common sticks with which to beat Messi devotees have been his lack of an international honour, which he remedied by winning the Copa America last year, and the fact that he had ‘only done it at Barcelona’, which he has the chance of debunking this season. So far, he has only strengthened the argument.

In his last 12 seasons at Barcelona, Messi scored a goal every 88 minutes on average; he scored or assisted a goal every hour. His seven goals for PSG this season have come at a rate of one every 243 minutes, with a goal or an assist every 114 minutes. Not terrible – particularly the goal contributions – but a clear drop-off. Only once in those last 12 seasons at Barcelona did he experience a league goal drought of more than four games; that’s happened twice already at PSG.

He’s had niggling injuries at the Parcs des Princes, but his time at Barcelona was peppered with similar afflictions, and he would inevitably return and score in the next game as if nothing had happened. There are other caveats: new teammates; new manager; new language; new city. But the ‘give him time’ trope won’t wash – this is Lionel Messi and he does not have time to waste.

Messi will be 35 come the end of the season. What we’ve seen of him at PSG is not proof that he was never able to do it away from Barcelona, but it might be proof that he has left it too late.

And yet, it would be very him to knock Real Madrid out of the Champions League in Madrid in three weeks’ time with a ridiculous goal or three, before leading the way to claim that most-prized of prizes for PSG. But barring something entirely other-worldly (which again is sort of his forte) this will be his worst goalscoring season since 2007/08.

He will be wondering whether he made the right decision to leave the comfort of a club where he earned legendary status and then some, for one where he is little more than a symbol of power and prosperity – the latest exotic animal paraded in the amphitheatre. Messi would have been accused of selling his soul had he moved to PSG four years ago, but now it feels as though he sold it for nothing.