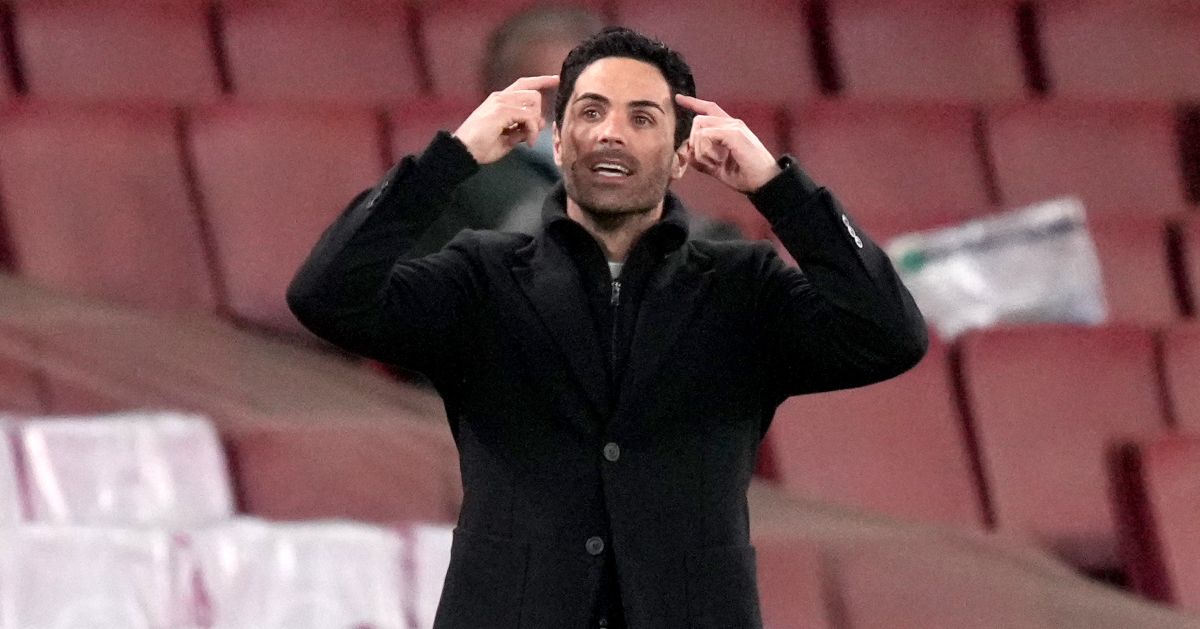 It was not difficult to see what Mikel Arteta was trying to do. But it is worth wondering why and how Arsenal reached this point.

There is an inherent risk in sleepwalking through an entire half when who blinks first is of the utmost importance. Time is finite and 45 opening minutes of footballing serenity can quickly become a final ten of panic, snatched shots and misplaced Thomas Partey passes.

Arsenal had two assignments on Thursday evening: keep a clean sheet and score a goal of their own. Nicolas Pepe’s penalty in Villarreal gave the Gunners an unlikely foothold at the precise moment it seemed as though their season might have slipped into obscurity last week. It provided clarity. 1-0 to the Arsenal would have sufficed in the second leg, as if fate was willing them into the Europa League final.

And it almost worked. Bernd Leno was not beaten. Pierre-Emerick Aubameyang hit the post twice, with replays showing that Geronimo Rulli brilliantly but fortuitously prevented the second from spinning across the line on its way back. Had luck weighed a little heavier in favour of the hosts, Unai Emery’s hex over this competition would be over.

So there was method in the madness, as long as one searches long enough in the rubble of a wasted campaign for it. Arsenal will be without European football next season for the first time since 1995, although they barely seemed to bother entering this semi-final at times.

The warning came when the commentators referred to this game as “a chess match” twice in the first half an hour. It was an accurate description insofar as both sides lacked intensity, there were a large amount of pawns in play and most people did not understand what they were watching. But there were no intricacies or complex thought processes behind the visages; it was a broadcaster’s apology for the terrible fare.

Arsenal were so slow, plodding and lacking in urgency that their first quick passing move produced a tame Aubameyang shot hit straight at Rulli, who was taken aback to the extent that he almost palmed it in off his own penis. It was that kind of game.

Yet Mikel Arteta seemed reluctant to prey on the goalkeeper’s apparent weaknesses. It was only later on that Arsenal tried to capitalise on such aerial fallibility with accurate crosses, Aubameyang hitting the post and Rob Holding conjuring two headed efforts.

Gabriel Martinelli injected some urgency and energy but deploying him out wide felt like a waste. Willian compounded any and every issue Arsenal had in maintaining pressure through possession, the Brazilian trying to match Partey in terms of passing profligacy.

Even Bukayo Saka struggled, an overexposed teenager playing his 42nd game of a gruelling season, while Emile Smith Rowe brief sparks were not enough.

There is mitigation for Arteta in that his pre-match plans were somewhat derailed by the late loss of Granit Xhaka to injury. Kieran Tierney filled in too well as he played the decoy left-back role instead of his own game, a problem aggravated by his clear and understandable lack of fitness.

But there are no adequate excuses for this. A great coach or manager plays to the strengths of his squad and masks their deficiencies; Arteta has an almost parodical fetish for keeping things tight and relying on fine margins. Neither he nor Arsenal are good enough for that tightrope act right now, if ever.