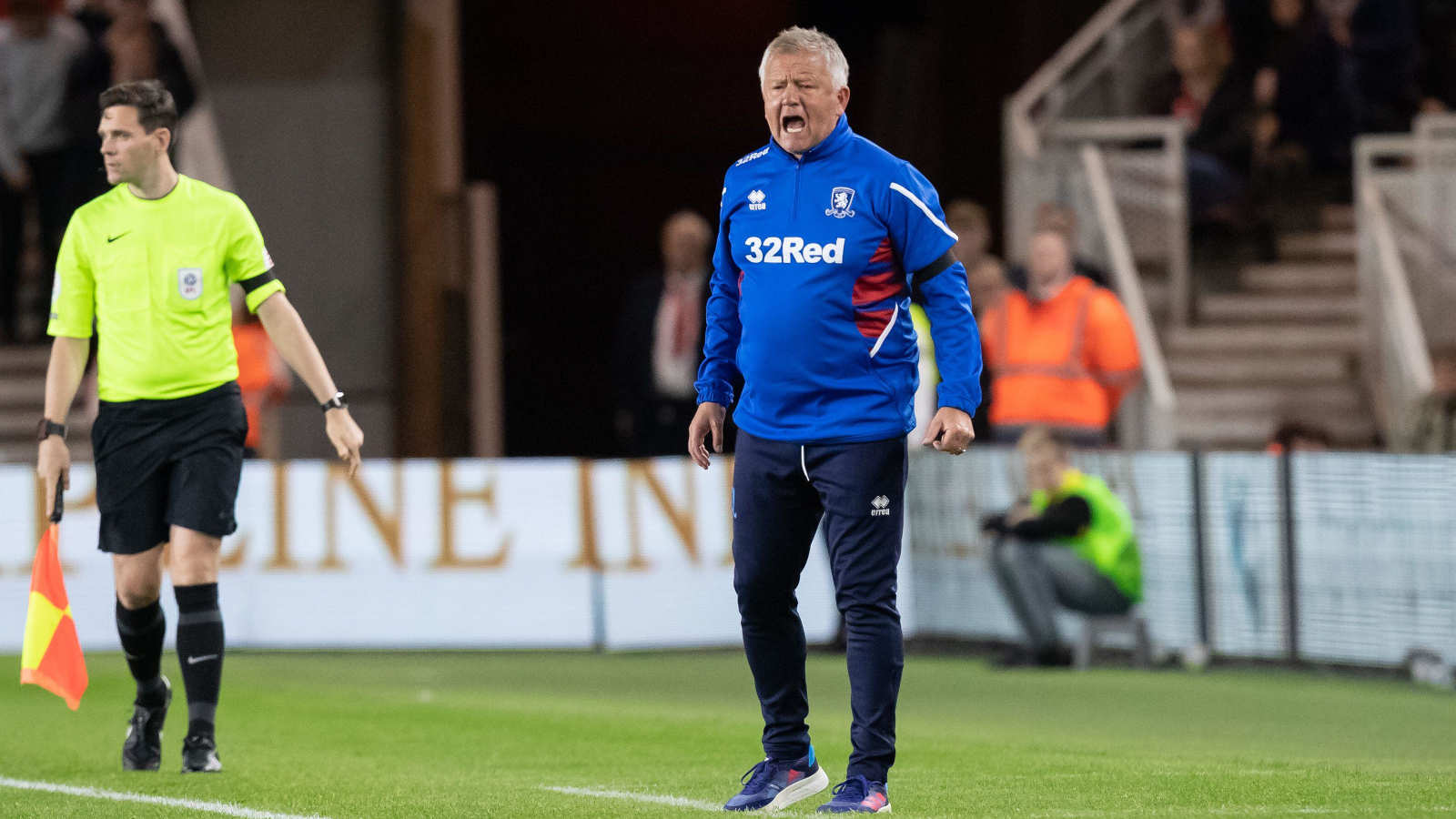 Middlesbrough have had a poor start to the season and the manager is reportedly unhappy. Change could soon be afoot at The Riverside Stadium.

The light at the end of the tunnel that is the first international break of the season is now clearly visible, and the managerial apocalypse that often seems to come round at such a time has been conspicuous by its absence. Sure enough, Watford went full Watford and offloaded Rob Edwards after just ten games in charge, but on the whole the maelstrom of rumour didn’t swell into anything greater.

It was probably a little earlier than most club owners would have been comfortable to make such season-defining decisions. Clubs have taken a heavy financial buffeting over the last couple of years as a result of the pandemic and cancelling a manager’s contract, with the attendant costs of doing so, has seemed pretty low on the priority lists of most clubs.

But this isn’t to say that all is well within our football clubs and that everybody’s happy, and one club that is giving off a distinctly unhappy aura at the moment is Middlesbrough, where the new season began with a degree of optimism after only narrowly missing out on a play-off place.

Middlesbrough are now in the relegation places in the Championship with ten points from ten games with only Huddersfield Town and Coventry City below them in the table. Amid talk of a breakdown in his relationship with club owner Steve Gibson, Chris Wilder has been heavily linked with a return to the Premier League with Bournemouth.

Despite only being appointed by Boro ten months ago, this wouldn’t be the first time that Wilder has been linked with a vacant position at another club. In April, when Burnley decided that replacing Sean Dyche would give them their best chance of avoiding relegation from the Premier League (spoiler alert: it didn’t), Wilder was amongst the names mentioned. But Burnley ended up going with Vincent Kompany once relegation was confirmed; it was a decision that doesn’t seem to have done either Boro or their manager much good.

Because this is all relating to the Championship, caveats obviously apply. Middlesbrough may be in the bottom three in this Jeux Sans Frontieres race of a division, but they’re currently just five points behind Sunderland, who are in fifth place in the table. Such is the nature of this wildly volatile division that just about anybody could be in its top six by the end of October.

But their slow start does seem somewhat unexpected. In their last pre-season match, just eight days before the new season was due to start, they beat Marseille 2-0 at The Riverside Stadium, an impressive result against Champions League qualifiers, regardless of standard disclaimers about the need to treat pre-season friendly results with due caution. On top of their FA Cup exploits last season – when they knocked out Spurs and Manchester United before finding Chelsea a bridge too far in the quarter-finals – there were ample reasons for their supporters to approach this season with a degree of optimism.

But there can be no disguising how underwhelming Middlesbrough’s start to the season has been. They’ve won just two of their first ten league matches, with defeats against QPR, Reading, Watford and Cardiff. And this makes the persistent rumour of Bournemouth interest all the more curious. The Cherries still haven’t replaced Scott Parker, and their name has been repeatedly linked with Wilder despite Boro’s tepid start to the season, and it has been suggested that it is Wilder’s ‘camp’ that are pushing the rumour.

On the one hand, interest in Wilder wouldn’t be particularly surprising. After all, Middlesbrough might not be working out for him, but this doesn’t invalidate his previous success with Sheffield United, where he took the club from League One to the Premier League and a ninth-placed finish in their first season.

He was sacked in March 2021 with the club undergoing severe case of Second Season Syndrome, a decision which was far too little, far too late, in terms of staying in the Premier League, although it should be added that they did pick up nine points from the ten games they played after his departure. Had they maintained that sort of points tally throughout the whole of the season, they’d have been safe by a comfortable margin.

And Bournemouth find themselves in a somewhat curious situation. Scott Parker couldn’t avoid the swinging of the axe after their 9-0 defeat at Liverpool (on top of conceding seven in their previous two, against Manchester City and Arsenal), but since his departure they’ve gone three games unbeaten under his temporary replacement Gary O’Neil.

Under normal circumstances, we might expect O’Neil to be given the opportunity to prove his chops on a more permanent basis, but the extra twist in this story is that they may be subject to a takeover from the American businessman and NHL franchise owner Bill Foley. The protracted nature of this takeover may be what is causing the delay in naming a permanent replacement for Parker. But there is a significant question: When will this be, if at all?

That’s a fair question, because Middlesbrough shouldn’t be left hanging on, if Wilder makes attempts to move elsewhere. That he has remained with Middlesbrough shouldn’t be that surprising. If sacked, he gets the full amount payable under the remainder of his contract. Should he quit he walks away with nothing, and that makes holding on at The Riverside potentially worth a considerable amount of money to him. Middlesbrough supporters may be unhappy, but it’s almost certainly a better option than sacking him and having to pay his contract up in full.

That the international break didn’t turn into a night of the long knives for managers is telling. The break coming in mid-September was just a little too early in the season for clubs who don’t have spare thousands of pounds to throw around on severance packages for managers they’ve fired because they lost their last three games.

This tilts the balance of the relationship between clubs and managers after years of clubs acting in an increasingly trigger-happy way. But for all of this, Chris Wilder’s reputation hasn’t been done much good by the rumours. The best advertisement that he could give for a return to Premier League management would be to turn this Middlesbrough team around and get them back where they expect to be – chasing for a place in the top flight.

Perhaps his attention would be better focused on the wrong end of the Championship table, rather than being distracted by the bright lights of the Premier League. Because his current record in the former isn’t making a very strong case for him falling upwards into the latter, and all involved at Middlesbrough deserve better than they’re getting from him, in more than one respect.