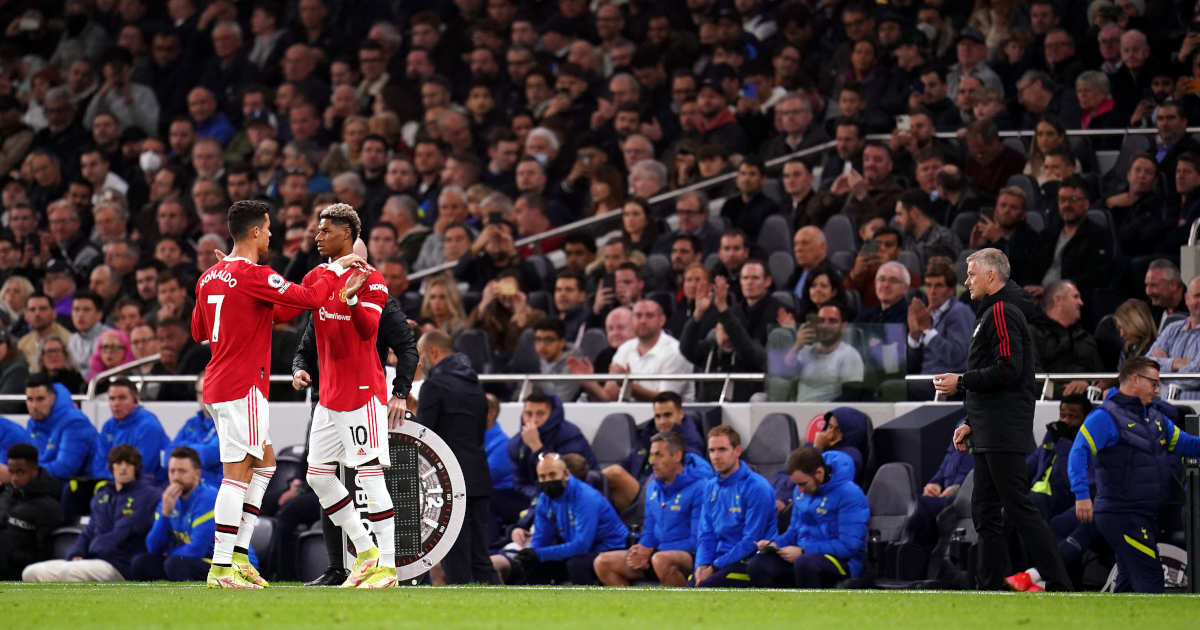 Manchester United brushed Spurs aside with ease, but will this win fix their problems or is it a sticking plaster they don’t need?

So, the game that was labelled ‘El Sackico’ has provided two definite results. Manchester United won the actual football match with their most coherent display in the last couple of months; but by acting quickly, Spurs supporters may claim the more significant victory with the sacking of Nuno Espirito Santo and his replacement with Antonio Conte.

The appointment of Conte at Spurs isn’t exactly a complete win for them. Everybody knows that there is a lot more work to be done behind the scenes to get that club into shape beyond appointing a talented manager and hoping that he’ll be able to sprinkle some stardust on a dysfunctional but talented squad.

But if the events of the 48 hours following the final whistle at The Tottenham Hotspur Stadium breathed life back into a fanbase that has been ground into submission over the last couple of years, where does all this leave Manchester United? In the days building up to this match, most of the attention regarding the ‘sacking’ aspect of El Sackico was focused upon Ole Gunnar Solskjaer, but now Spurs have acted decisively and Nuno Espirito Santo is looking for a new job.

Solskjaer, on the other hand, returned from London with his reputation as a manager enhanced for the first time in quite a while. If Manchester United’s performance against Liverpool was such that it exhausted thesauruses of synonyms for the word ‘terrible’, how much of their performance against Spurs was down to the relatively simple tweak of switching to a different formation? How much of it was that familiar dependency on star players doing star player things, and how much of it was Spurs’ mind-bendingly bad performance?

The answer to this is probably ‘a little from columns A, B and C’, but this result was every bit as important for Solskjaer as it turned out to be for Santo. Nobody at Manchester United wants to sack Ole Gunnar Solskjaer. He is Manchester United royalty, and such a status affords a considerable amount of patience. But when we consider that, in the build-up to this match, Antonio Conte was being heavily linked with the manager’s job at Old Trafford, this result does change a lot of people’s perceptions of what happens next at Manchester United.

When clubs returned from the October international break, much was made of the difficulty of the matches that they had to come, and this didn’t end with matches against Leicester, Liverpool and Spurs. United face Manchester City, Watford, Chelsea, Arsenal and an increasingly impressive-looking Crystal Palace in their next five matches, and the Watford match may be the only fixture from which you’d confidently predict a United win.

In the days building up to the Liverpool match, much was made of Solskjaer’s previous record against other ‘big six’ clubs, but this isn’t as clear cut as has been claimed. There is no doubt that he initially had an impressive record against the bigger clubs, but this record was a little patchier by last season, when they won just two of these ten matches, with a further five matches ending in goalless draws. Their last win against Liverpool in the Premier League came in 2018.

United’s next match is away to Atalanta in the Champions League, where a win would make their qualification for the knockout stages of the tournament look highly likely, while their next Premier League match is a derby against a Manchester City team that is definitely looking out of sorts. So there is at the very least a possibility that Ole will be considered truly back at wheel by the end of their next two matches.

United and City have met 20 times since Sir Alex Ferguson retired in 2013. United have won eight and City nine, but three of City’s wins came in the first three after Ferguson’s retirement. It’s a pretty good record for United, considering a divergence in the teams’ fortunes since 2013. With their tails up following the Spurs match, it could turn out that a trip to see Doctor Tottenham has provided them with a helpful shot of the medicine they need following their indifferent start to the season.

But if it hasn’t, the likelihood is that Manchester United will head into the November international break with clouds having appeared over Old Trafford again and one less manager in the ‘available’ pile. With Manchester United being Manchester United, of course, there is always another option when the pressure surrounding Solskjaer becomes too much for United to take anymore. Zinedine Zidane remains available, and other possibilities always remain open to this particular club in a way that they simply don’t elsewhere.

There is a case for saying that Antonio Conte and Manchester United would not be a good fit. Gary Neville said as much in the aftermath of the Liverpool trouncing. But at the time of writing, the #OleOut hashtag is still doing brisk business on Twitter and there remain many Manchester United supporters of the opinion that they have missed an opportunity. The losers of El Sackico acted quickly and decisively following their disaster; the winners had already failed to do so following theirs.