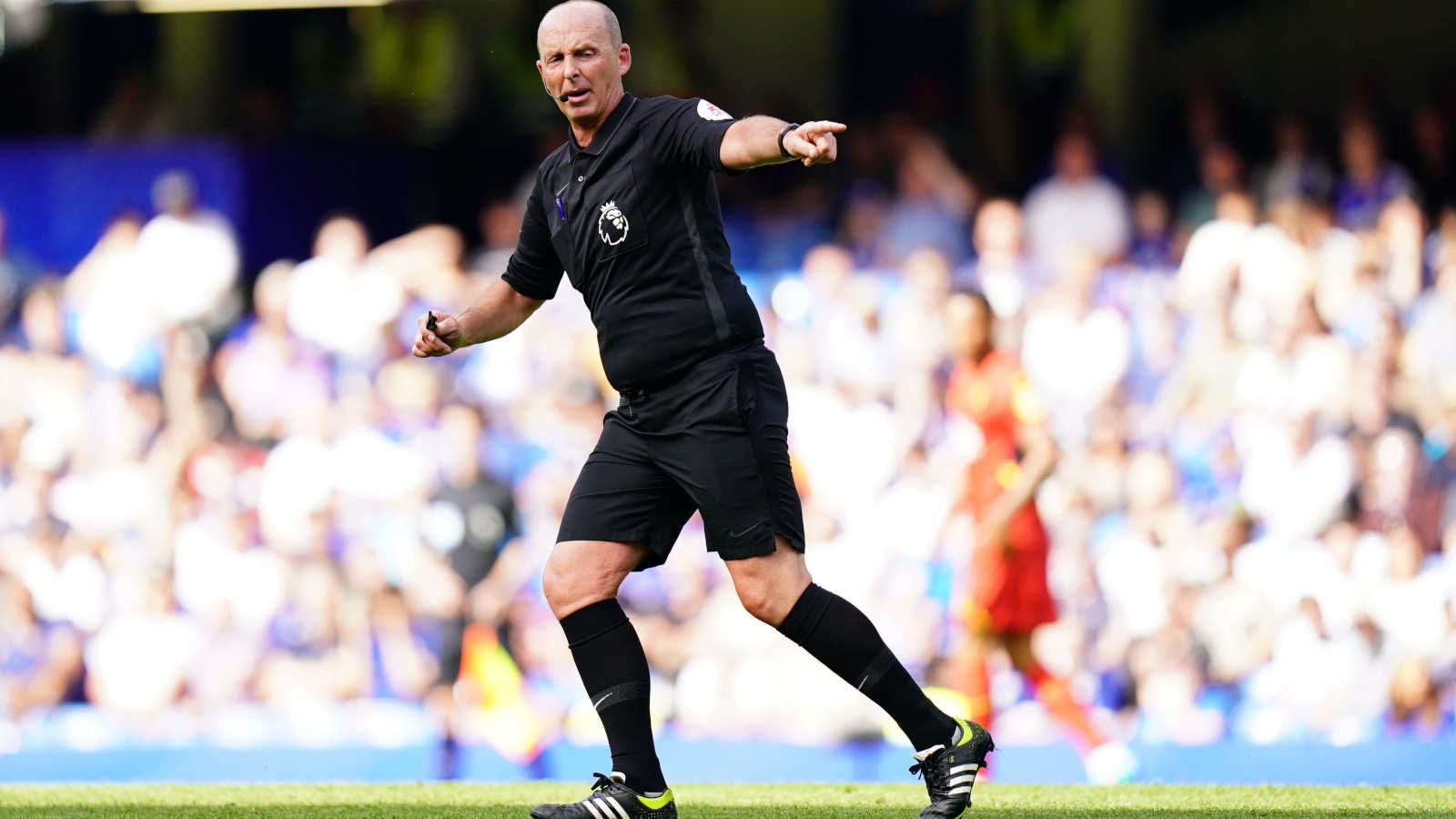 Mike Dean has written an article in a newspaper about his VAR-officiating last weekend, but is there even any point in trying to explain?

So Mike Dean has spoken. After a few days, he has attempted to clarify the somewhat chaotic scenes at the end of the match between Chelsea and Spurs.

In a column in the Daily Mail, Dean explained that Spurs’ first goal could not have been chalked off by VAR as the foul upon which complaints hinged came long before the goal was scored.

So far, so uncontroversial. But his comments on the incident shortly before the second goal, that ‘In the few seconds I had to study Romero pulling Cucurella’s hair, I didn’t deem it a violent act,’ and that ‘I’ve since studied the footage, spoken to other referees and, upon reflection, I should have asked Taylor to visit his pitch-side monitor to take a look for himself,’ have understandably caused even more comment.

That he should have been writing a column like this is unusual, because there is no culture in this country of referees explaining the decisions they’ve made after matches. There have been growing calls for this to happen following a spate of calls that have caused outrage, but should referees and other officials be explaining themselves after matches? And what does it say about football discourse in the 21st century that this article should even have been written?

Because first things first, if this is to be the way in which things are done from now on, why on earth are people finding out through a column in a newspaper rather than any sort of official channel? And if these explanations and regrets are now to be expressed, is it now to be done in this sort of scattergun way, with only ‘big’ matches, or matches involving Dean, or matches involving clubs with big, angry, petition-organising fan bases?

Should fans be double-checking which match Dean will be at every week because that match will get a similar write-up from a senior official in the following week’s press?

Match officials explaining their decisions would be a big change in the post-match culture of the game in this country, and we might have expected it to come through the Premier League itself. We can only assume that Dean had some sort of sign-off to write this article (are they happy with one of their officials making money – presuming he was paid – from controversial refereeing decisions?). But it feels as though if this has to happen, it should probably be done through the league itself and a set of protocols which ensure that all matches are treated equally.

But even this feels like getting ahead of ourselves, because the question of whether this either has to or should be happening remains as open as ever. The idea of referees explaining their decisions after matches would be a little more agreeable if there was the slightest possibility whatsoever that those making such demands were acting in good faith.

It seems very rare that there are petitions signed by tens of thousands of fans over refereeing decisions that don’t impact upon their own clubs. It’s fair and reasonable to say, ‘Well, why would anyone expect objectivity from fans?’, but the obvious counter to that is, ‘Okay, but if the fans are only ever going to be completely partial themselves over this, then why should the laws of the game and their implementation kowtow to them?’

So what would the purpose of requiring referees to prostrate themselves in this way be? Are we really supposed to believe that this frothing anger is just a matter of ‘inquiring minds wanting to know’, or is this all about something approaching an attempt to humiliate officials into being more pliant in their decision-making in the future?

It certainly feels as though even if the former was the case (spoiler alert: it isn’t), it wouldn’t take very long before it descended into the latter.

Anyone who seriously believes that the sort of fans who have been spewing vitriol over refereeing decisions all over social media for years are suddenly going to start listening to these explanations and reply, ‘Ah, thank you for explaining, it turns out that I had been misinterpreting the laws of the game all along, and thank you for your sincere apology over that tap on the ankle in the first half that you didn’t see,’ are likely only fooling themselves.

This sort of demand amounts to little more than the beginning of the construction of a ducking stool for officials, and the idea that this would do anything beyond further polluting the discourse surrounding refereeing decisions seems fanciful. This seems confirmed by the replies to the tweet from the Mail’s David Coverdale linking to Dean’s article.

Allegations of corruption are a serious matter, and should be treated as such. It should be repeated: if you have evidence of ‘corruption’, take it to the police, but bear in mind that their bar for proof will be somewhat higher than ‘they gave some refereeing decisions that I don’t agree with’. If you did see Dean receiving a Rolex from someone in the car park after a game, then yes, definitely report that. But without concrete evidence, claiming ‘corruption’ is essentially defamation.

But it does increasingly feel as though something is going to have to be done, because the anger over refereeing decisions is now hitting such a crescendo that it is only a matter of time before their personal safety becomes an issue. The pool of available referees is already substantially diminished as a direct result of years of abuse, and at a grassroots level, occasionally physical violence.

How could this be done? Well, first of all the Premier League needs to roll back its ideas about being ‘lenient’ over fouls. Not only does this increase the risk of injury to players, but veering from the laws of the game in terms of their interpretation has been a recipe for confusion, distortion and misinformation over the last year.

If there does have to be a process by which refereeing decisions are explained, then it has to be uniform for all matches and carried out according to a prescribed and pre-determined protocol. Perhaps it is time for the Premier League to publish post-match explainers in a set format, or similar.

This likely wouldn’t satisfy the conspiracy theorists, but it might shine a little more light upon decision-making processes that people clearly don’t seem to fully understand. And future rule changes should clarify rather than obfuscate. Perhaps it’s time to pay a little attention to making the game easier to officiate.

And this should all be a two-way street. Responsibility for cooling this hothouse isn’t incumbent on the authorities and referees alone. Managers, for example, should be heavily censured should they imply that referees are corrupt or incompetent. This culture of believing that it’s okay to say anything you like about officials after a match in the hope that doing so might affect the way in which they referee your team next time around needs to be dismantled.

In the future, it seems as likely as not that all refereeing will be automated. FIFA have already announced that semi-automated offside will be used in the World Cup finals. The very existence of VAR in the first place seems to confirm that the war between ‘consistency’ and ‘common sense’ is already over; consistency has won.

And perhaps this is the only way to go. Some people – perhaps a lot – won’t like it, of that we can be just about certain. But if the professional game does travel much further towards becoming unrefereeable, then maybe that’s the only way of trying to resolve it.

But ultimately, if refereeing standards are in decline, it remains substantially likely that this culture is a more likely explanation for a fall in standards than conspiracy theories claiming that referees have ‘vendettas’, ‘agendas’, or whatever other hyperbolic buzzwords are being thrown around at any given time.

If you want to start improving refereeing standards, the obvious place to start is to make being a referee more appealing. Football’s current discourse surrounding refereeing couldn’t make it less so. The decision of Dean to go the press with his mea culpa only seems likely to further fan flames that really need to extinguished.