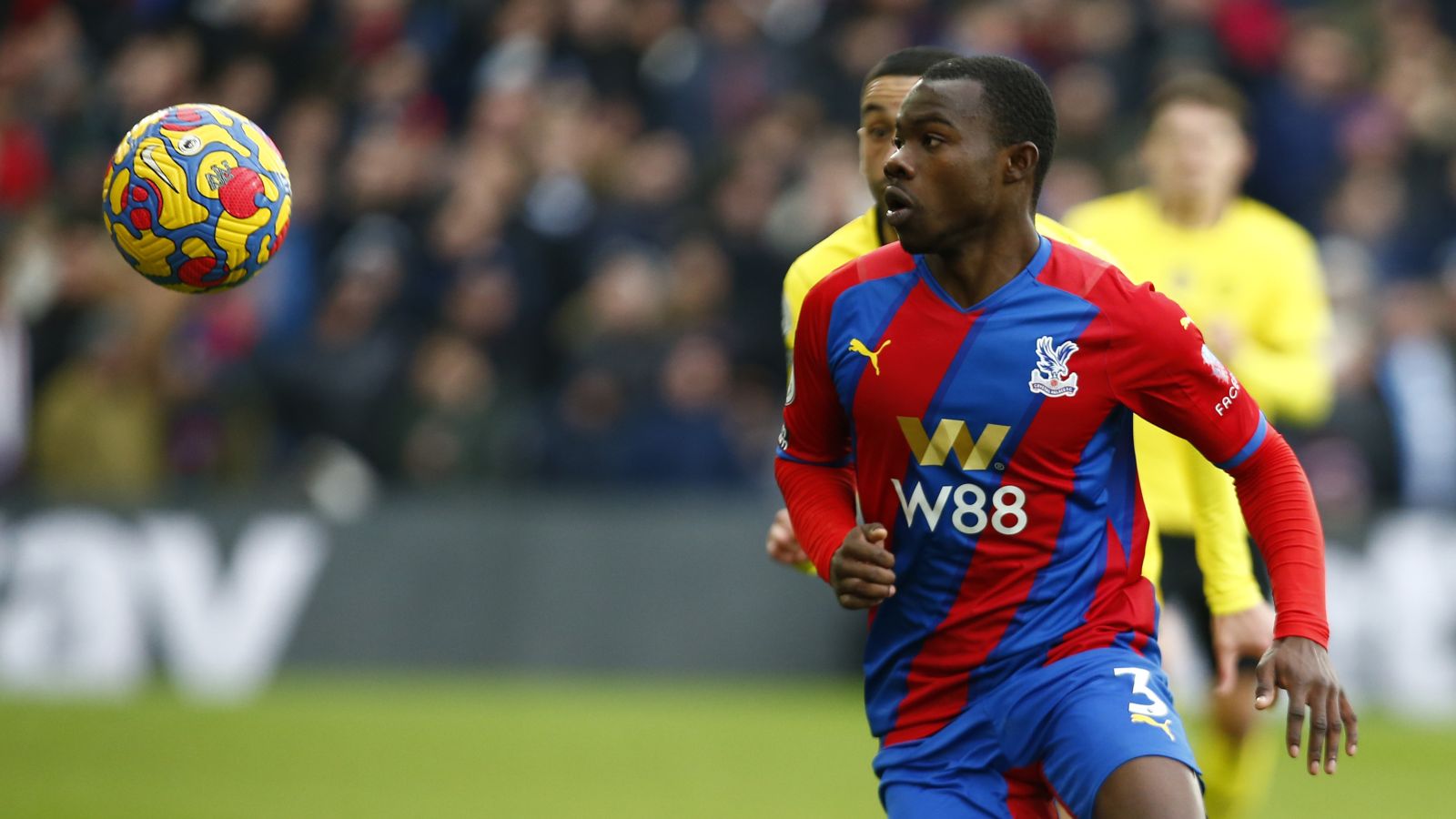 Tyrick Mitchell has readily taken up the Crystal Palace mantle from Aaron Wan-Bissaka as the slightly clumsy defensive full-back king.

In 32 starts across six different competitions, Riyad Mahrez had not failed to either score, assist or create a chance all season. This is already the best campaign of his club career in terms of goals, with 21 for Manchester City spread across the Premier League, Champions League, FA Cup and League Cup. He entered the Africa Cup of Nations having scored seven times in his previous eight games for Algeria, including during their successful World Cup qualification campaign. While the reigning champions exited at the group stage in Cameroon, Mahrez registered more key passes in his three appearances than all but two players throughout the entire tournament.

Tyrick Mitchell had faced three different Manchester City right-wingers before. Bernardo Silva tore him asunder in a 4-0 defeat last year. Ferran Torres thrived in a 2-0 loss in May. Gabriel Jesus got no change out of the left-back in a 2-0 win for Crystal Palace last October. Mahrez has been operating at his optimum level for the past few months and could find no way through in Monday’s goalless draw.

A 50th Premier League start for Mitchell was spent diligently ushering Mahrez and Kyle Walker down blind alleys and dead ends. Patrick Vieira’s side was superb to a man, yet none had their game modes set quite so high as the 22-year-old.

That was one of the best individual performances I’ve ever seen at Selhurst Park from Tyrick Mitchell. Absolutely sensational

There were echoes of another academy graduate full-back to be heard on those few occasions the Selhurst Park din faded. When Manchester City tried one more switch out to Walker on the right early in the second half, he feigned a first-time cross before placing his foot on the ball and inviting a tackle. Mitchell RSVP’d instantly, sliding with perfect precision and timing to recover possession before rising to pick out Wilfried Zaha. It was a challenge The Spider, formerly of this parish, would have been justifiably proud of.

Mitchell’s overall numbers add to that eerie sense of defensive history repeating itself in south-east London. He has completed 90 tackles this season, being dribbled past 17 times. Christian Norgaard is the only man to outrank him in terms of the former (91), but the Brentford midfielder has been beaten on 43 occasions. No Premier League outfielder has played more minutes than Mitchell (2,602). And most importantly of all, no-one has taken more throw-ins (307).

It has long felt as though Aaron Wan-Bissaka left Crystal Palace a season too early, his development incomplete when Manchester United concluded their extensive scouting mission with a £50million move in summer 2019. Mitchell belongs on such radars but the Selhurst Park spotlight has inevitably focused on Conor Gallagher, Marc Guehi, Michael Olise and Vieira’s ongoing renovation of a squad built on the most Hodgsonian of foundations. Mitchell has benefited from being allowed to evolve in the background and his progress will not be so rudely interrupted.

He might even be ahead of his Crystal Palace predecessor in terms of maturity. Gareth Southgate, desperately searching for meaning in a world without Kieran Trippier, is considering Mitchell for selection to his upcoming England squad. It would be a deserved nod to his continued improvement.

There is a role to be won, too. Trippier is unavailable; Ben Chilwell is indisposed until the summer; Matt Targett might genuinely be next in line behind Luke Shaw as the cost of indiscriminately breeding a generation of elite English right-backs becomes clear.

Those familiar doubts about ability in possession and quality going forward persist. He looks a little clumsy on the ball at times and one Premier League goal with three assists tells its own story. That could potentially stunt Mitchell’s international prospects – although Southgate will be a sucker for his positional awareness and discipline – but there are no such concerns for Palace considering his burgeoning relationship with Zaha: the party at the front to Mitchell’s business at the back.

Their tandem was pivotal and beautiful against Manchester City and not a single right flank in the Premier League should relish taking them on. Palace have gone full-back to basics and Mitchell is blooming.