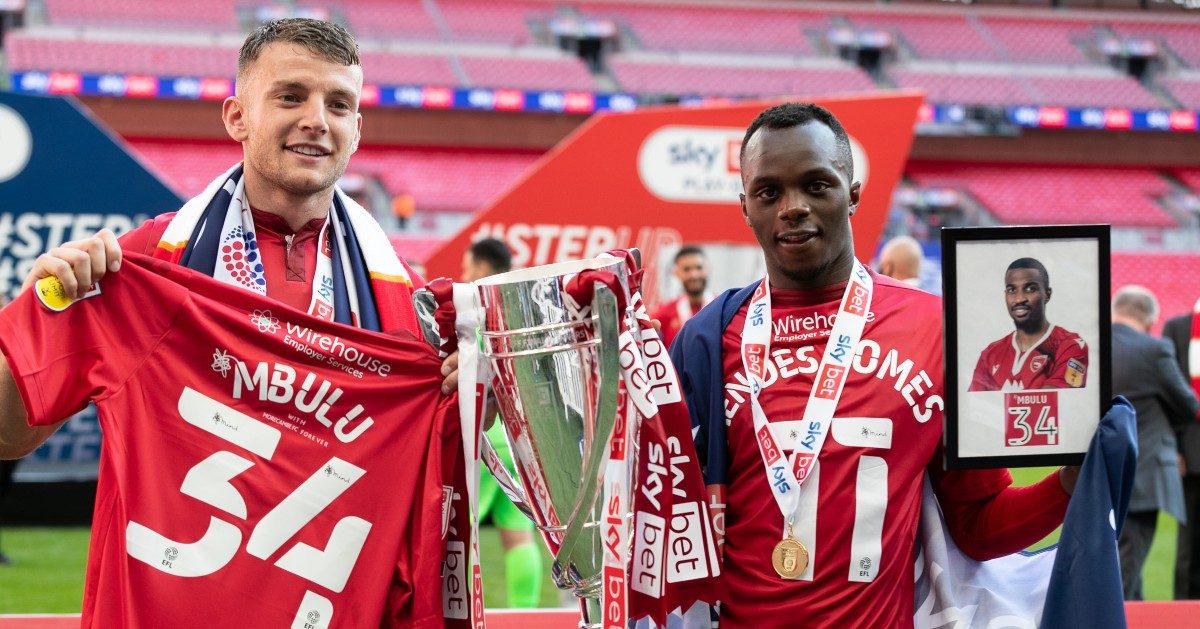 League One will be full of ex-Premier League teams next year. Morecambe, never relegated as a Football League team, will not look out of place.

When, in February 2021, Morecambe’s board put out a statement stating they wanted to forget the oft-heard phrase in local and divisional circles, ‘Goodbye Little Old Morecambe,’ many could have been forgiven for believing it to be little more than a PR stunt. Yet fewer than four months later, the Shrimps are set to play it out with the big boys of League One.

A quite remarkable turn of events since that public statement have seen the Lancashire outfit promoted to the third tier of English football for the first time in their history, priming themselves to be on equal footing with Sheffield Wednesday, Sunderland, Charlton Athletic and Ipswich Town among others.

In fact, roughly one-third of the clubs in the third tier next season will be previous members of the Premier League. With Morecambe being the 90th best-supported club in the entirety of the Football League, basic maths show this scenario doesn’t add up – at least in the minds of those who wish to stop the new boys mixing it among the elite.

One of the longest-serving members of League Two since their promotion to the EFL in 2007, Morecambe have been perennial fodder near the bottom of the table, often looking more likely to fall back into the National League than finishing anywhere near a promotion place. In fact, their only other previous top ten finish in the division resulted in a play-off campaign in 2010 but that ended rather differently: bowing out 7-2 to eventual winners Dagenham & Redbridge following a 6-0 catastrophe in the first leg.

To say they have come a long way in just over a decade would not be a falsehood, but much of the improvement has come in the 19 months since Derek Adams took charge at the Mazuma Stadium.

Taking over a club bottom of the entire Football League, Adams’ appointment represented something of a coup for the Shrimps given his success with Plymouth Argyle at the opposite end of the division, and the Glaswegian was able to take more inspiration from his fellow Glasgow citizens to keep Morecambe in the Football League on points per game with the 2019/20 season cut short. 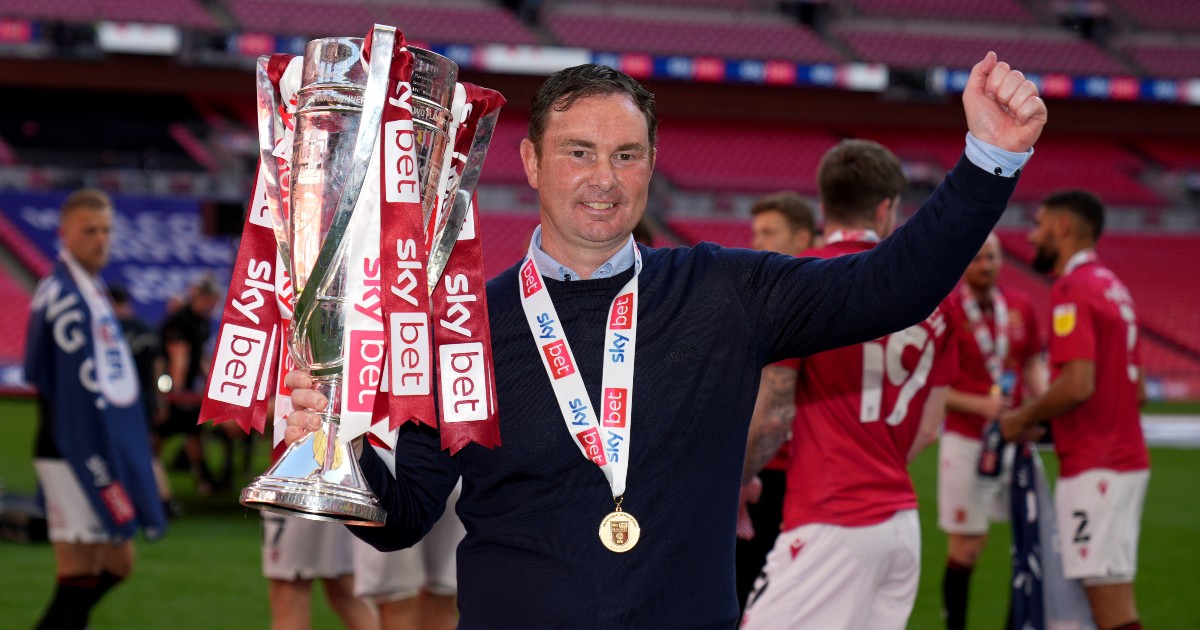 Of course, many expected much more of the same for Morecambe this campaign, with various podcasts and writers once again tipping the Lancashire outfit for the drop. In having never done so, Morecambe are one of just two EFL clubs to never be relegated while in the top four divisions of English football. This club has made a habit of defying the odds.

To maintain their record of never having a relegation in the EFL, an honour they share with fellow League One power pushers AFC Wimbledon, next season will provide perhaps the toughest test of all. Promotion hero Adams looks increasingly likely to swap Morecambe for another season in League Two with Bradford City, while striker Cole Stockton and forward Carlos Mendes Gomes are more likely to be poached by clubs above Morecambe’s charge.

Then there is the small matter of the league being littered with ex-Premier League sides – eight if you include MK Dons – plus a host of other teams looking for promotion, but Morecambe’s focus, regardless of staff on and off the pitch, will be at the other end of the table.

In their fourth-tier days, there was the relatively shorter matter of avoiding a place in the bottom two. In League One, the peril is doubled, with four relegation spots up for grabs. For some context, Morecambe finished in the bottom four of League Two three times in the five seasons prior to this promotion campaign.

Promotion may have been a surprise from the outset this term, but looking back, it makes more sense than many would have assumed possible. Only Cambridge United scored more goals than the Shrimps, they themselves helped by the outstanding exploits of the league’s top scorer Paul Mullin, and the defensive ‘issues’ – only Crawley Town conceded more goals in the top half of the division – were noted early in the campaign, with Morecambe often topping the table on a negative goal difference.

They also possessed one of the best balanced sides in the league, often playing a simple four at the back formation with a three-man midfield consisting of a pivot with goals coming from central positions and out wide. In truth, this side, which occupied a spot in the top seven for almost the entirety of the second half of the season, were quietly one of the most competent and dangerous sides in the division. 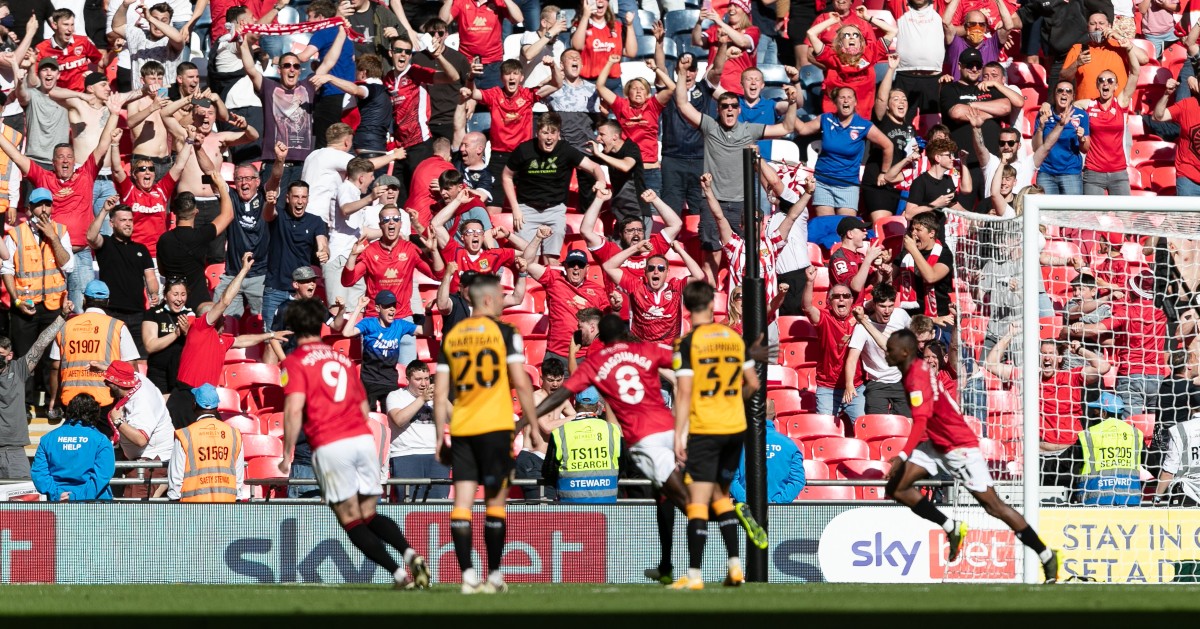 Had you stuck the players in the kit of almost any other side in the division, the money would have been on them to go up automatically, and despite finishing the best of the rest, the general consensus was that a managerless Tranmere Rovers would get the edge in the semi-finals and the money was almost evenly split between themselves and Newport in the final.

The penalty decision which proved the difference between Morecambe and the Exiles may have been dubious at best but after years of fighting the odds, one could argue it was about time the club fell on the right side of luck given all the hard work that has gone into improving their fortunes, on and off the pitch.

Next season will be a lottery. Like with any promoted side, and as is often the case, an immediate return to League Two could be on the cards just as it was with last season’s play-off victors Northampton Town, while they will look to take heed from the likes of Wimbledon, Accrington Stanley and indeed, Lincoln City, all of whom have established themselves and then some against the big fish of the third tier.

Morecambe may well have wanted to rid themselves of the ‘little’ tag, but there is no doubting that they will be underdogs in League One. Perhaps that is one habit of a lifetime that won’t be changed any time soon, but if they are a fraction as resilient as they have been over the past decade, they won’t be fish being shot in a barrel. League One’s big pond might just be turned over by its newest inhabitant yet.