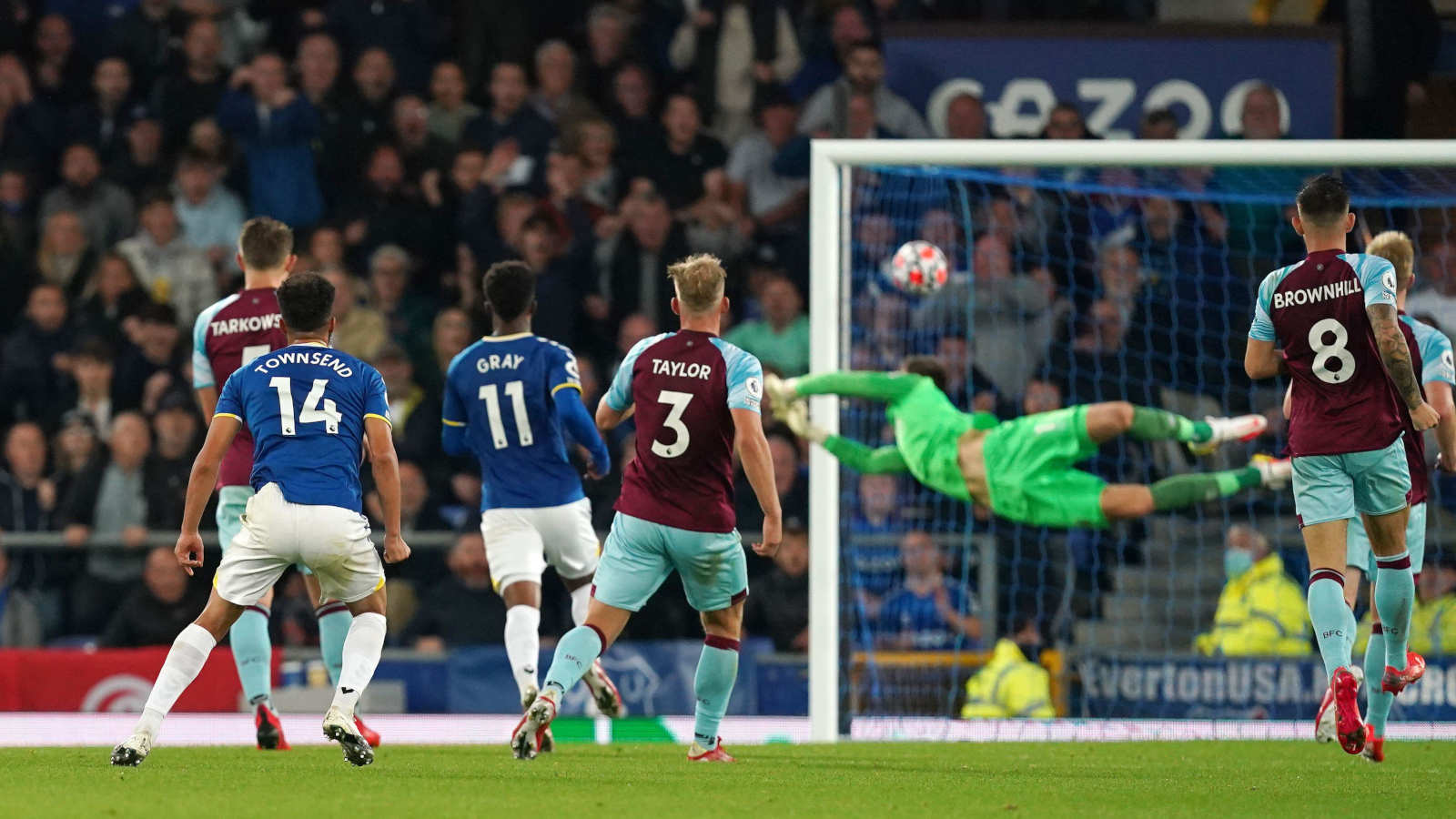 Everton survived relegation and their owner has apologised for cutting it so fine. That doesn’t mean they don’t have work to do this summer.

Well, better late than never. He’s been pretty quiet since the end of last season, but in an open letter to Everton supporters, club owner Farhad Moshiri has apologised for last campaign’s slow motion car crash and confirmed that changes have already been made behind the scenes.

A new Director of Football has been appointed, Kevin Thelwell – a former journeyman non-league player, coach at the Football Association of Wales and the academies at both Derby County and Wolves, and most recently the Head of Sport at New York Red Bulls. Kevin Nicholson has also joined as a ‘Coach Educator’ (which is more or less what it says on the tin) within the club’s academy system. In other news, the new stadium at Bramley-Moore Dock is proceeding as expected, and they have offered a friendly match to Dynamo Kyiv.

No-one should be blinded by the drama of that second-half performance against Crystal Palace. Everton’s season was sprinkled with such moments. They took four points from a possible six against both Manchester United and Chelsea, beat Arsenal and Brighton, and held Spurs to a draw. In some respects, this was the most frustrating thing about them. They were capable.

Lampard has taken Everton from 16th to 8th, yet not one journalist is mentioning it now pic.twitter.com/sviPudbnIr

Whether Moshiri’s mea culpa will be accepted by the club’s famously tetchy support is another matter. To gauge where this Grand Old Team stands at the moment, there are three things that we need to bear in mind. Firstly, as above, this wasn’t a team built on a limited budget. It was a team constructed at vast expense, through money spent badly by a succession of managers over a period of years. Prior to last season, Everton hadn’t finished below 12th in the Premier League since 2004. Their manager just a year earlier had been Carlo Ancelotti. They’d just finished 8th when he upped sticks for Real Madrid. So when things started to look truly problematic, it came very quickly. Rafael Benitez was a catastrophically misjudged appointment, and the team was already misfiring by the time Alisher Usmanov’s money was suddenly pulled earlier this year.

Secondly, we should remember just how close they came. Everton finished four points above the relegation places, on 39 points, but this, as everybody remembers, misrepresents the sheer panic that was emanating from the blue half of Liverpool as the season came to its last few games. They even dipped into the relegation places and confidence in the manager was, at best, mixed. And thirdly, we should remember just how financially catastrophic relegation would almost certainly have been. Vast losses over a substantial period of time coupled with the sudden loss of Usmanov’s funding increased the feeling that Everton had to avoid relegation.

But the bunting has been taken down after the survival party, and there remains a lot of work to do at Goodison Park. Dominic Calvert-Lewin, who contributed just five goals from 18 appearances thanks to injury, has decided that he wants out and has been closely linked to Newcastle United. Everton are said to want £50m for him. In addition to this, Richarlison has also confirmed that he wishes to leave, and Everton are reportedly asking for £60m. He’s unlikely to be short of suitors, and it’s even been suggested that he’s already turned Arsenal down.

This is an obvious headache. Losing both of these players would cut a swathe through Everton’s attacking options. Andros Townsend has scored a goal every 10 games for more than 10 years. Demarai Gray has never reached double figures for goals in one season. Alex Iwobi remains Alex Iwobi, with four goals from 83 appearances. Salomon Rondon scored once in the Premier League. It’s not to say that these are all bad players, but they’re certainly not goalscorers. Richarlison was the only Everton player to get into double figures in the Premier League last season; his 10 goals were twice what anyone else managed.

And while Everton may have up to £110m burning a hole in their pockets should both Calvert-Lewin and Richarlison be sold, any selling club will know how much money they have. It’s not an ideal position to be in, but Everton may have to be smart in the transfer market if they’re to adequately replace them. And, of course, none of this is taking into consideration the new stadium being built or the club’s recent financial losses.

Work has started. Defender James Tarkowski is said to be close to arriving on a free transfer from Burnley. That’s a very good start. They’re also said to be interested in Harry Winks from Spurs, and there’s talk that Everton may even make a loan move for Conor Gallagher – although they certainly won’t be the only club interested in him this summer, and there’s every chance Chelsea keep him. But none of these players are strikers, and if Everton are to properly replace both Calvert-Lewin and Richarlison, they’re going to need two of those.

And there’s the small matter of Frank Lampard. He has now had three full seasons managing – a year at Derby, a year and a half at Chelsea and half a season with Everton – and it still feels as though he is something of a blank slate, even though he can hardly be described as a ‘rookie’ any more. He seems to arouse strong feelings in others, but I tend to find him, if anything, difficult to get too animated over in either direction. A little beige. Here, for example, are 13 quotes to explain Frank Lampard’s philosophy as manager. And here, for your spiritual nourishment, is the first:

“I want my team to play good football, but on the other side of that, I want them to be really aggressive and win the ball back. So I don’t like to try and put myself into one style of play. I think it is important to be adaptable in terms of systems.”

Well, it’s hardly ‘heavy metal football’, is it? It rather feels as though these are the very basics of what a manager should be thinking, and that the level of tactical or, if you will, philosophical sophistication required to succeed at the very top end of the professional game in this day and age is considerably higher than “I want to play good football”. The standards being set at the top of the Premier League at the moment are dazzlingly high, and they’re improving across the division.

Lampard used six different shapes in only 18 matches with Everton 🍬

Only four teams used one formation for over 75% of their matches, is variety key? 🔑 pic.twitter.com/XPm2tHwO9E

But if that sounds harsh, it’s not meant to be. Lampard isn’t a bad manager. At Chelsea and Derby, he didn’t leave the teams in any significantly worse position than he found them in, and that’s easier said than done. Consider, for example, the managerial careers of another couple of former England greats. Bobby Charlton took the Preston job in 1973 and got them relegated at the end of his first season. Bobby Moore took Southend United to the dizzying heights of 9th place in the Fourth Division in his second season as a manager, after having finished 20th the year before. It’s not easy, and having been a great player doesn’t seem to make it any easier.

In some respects, the unusual nature of Lampard’s managerial career to date – half a season fighting relegation at Everton; the dizzying expectations of Derby County in 2018; Chelsea and his ‘legendary’ status there as a player as well as the transfer embargo they were under for his first season – mean that next season might even be the first he has had under anything approaching normal conditions. Just the manager of a football club. Keeping Everton up was meeting the minimum standard required at Goodison Park last season, but he does need to improve them. Everton expectations are usually higher than 16th in the Premier League.

The moves towards smarter coaching have started. The first new arrivals of the summer is a good one. It doesn’t have to be doom and gloom for Everton. But it would be foolish to ignore the potential issues they need to resolve if they’re to avoid a repeat of last season. A potential lack of reliable goalscorers would be an issue, and the club’s costs do need to be radically reduced. But most importantly, the lessons of the past need to have been learnt. Farhad Moshiri got away with one last season; the tone of his open letter suggests he knows this. Everton can’t afford to repeat those mistakes, and in more than one sense.