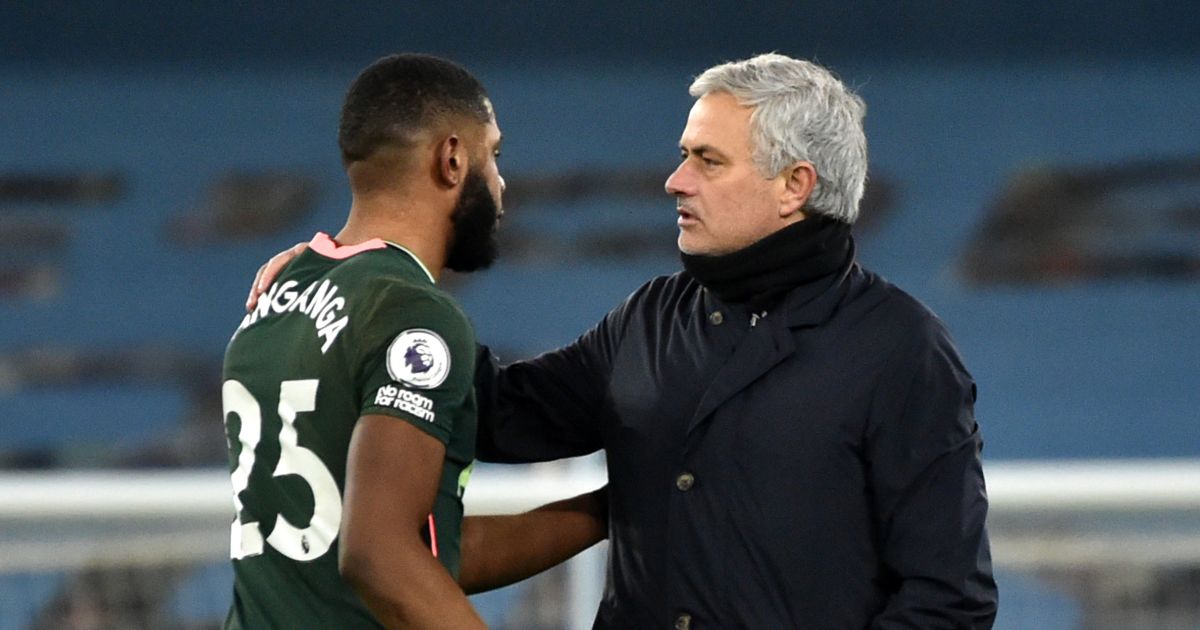 Jose Mourinho might wonder what all the fuss is about. The last two times his Tottenham side had faced Manchester City, in November and February 2020, they enjoyed 34% and 33% of the possession and had four and three shots, of which two and three respectively were on target, while facing 22 and 19 attempts.

Against the same opponent on Saturday they managed to have 39% of the ball and seven shots – three on target – restricting their hosts to just 15, of which only six were on target. Yet the reaction could not have been much more different.

Those first two matches, of course, produced 2-0 victories that defied all footballing logic. This was the exact same approach but third time unlucky, and much more standard fare: 90 minutes of damage limitation from kick-off to full-time.

For a born winner, Mourinho sure has developed a penchant for surrender.

Many will argue that there is no alternative course of action when faced with the might of this Manchester City side. This was their 11th consecutive Premier League win, their 16th in all competitions, and a 17th clean sheet in 23 games since losing to Tottenham four months ago. Eight points and ten places separated these two sides then; the gap is now 17 points and seven places, albeit in the opposite direction.

It is a fair point. Manchester City thrashed the champions at their home not even a week ago. They are imperious. Yet the argument falls down when you consider the teams that put up more of a fight than Tottenham here: Sheffield United were better, more organised and more focused; Aston Villa were excellent but undone by an incredibly harsh referee decision; Brighton showed more adventure and resilience; Newcastle had as many shots, conceded fewer and lost by less. Each were vanquished on this brilliant run. Each at least forced Manchester City to break a sweat. None were breached by a goal assisted by a keeper.

The only teams Tottenham have beaten in the Premier League from mid-December onwards are the current bottom two and promoted Leeds. Imagine if Jose Mourinho wasn’t a born winner.

Mourinho cannot atone for individual mistakes. But when those same individuals are making mistakes each week, it tends to be part of a wider problem. It happened at Chelsea in 2015/16. It happened at Manchester United in 2018/19. It is the strangest of coincidences that it is happening to Tottenham in 2020/21.

Those that immediately point to a lack of investment are burying their heads in the sand. It is simultaneously true that this is a squad that requires revamping yet the manager is not getting even close to the best he possibly can out what he currently has at his disposal. Mourinho is at least as guilty as a failure of coaching as Daniel Levy is of gross negligence.

“The best gift are the players who are here,” the Portuguese said upon his appointment as manager in November 2019. “I don’t need new players. I just need to get to know these ones better.” Perhaps it was lip service. Maybe things have changed since that he did not envisage at the time. But the fact is that he accepted this job knowing the parameters and expectations. He embraced the challenge and the team that was bestowed upon him. He has wasted it.

Mauricio Pochettino was sacked after 12 games last season. His Premier League record was W3 D5 L4 F18 A17. Compare that to Mourinho’s last 12 Premier League games: W3 D3 L6 F13 A16. If the hierarchy is not genuinely considering an immediate managerial change now then they are even more naive than they were when they thought he was the answer in the first place.

Gizza vote in the FSA Awards for Football Media of the Year, won’t you?