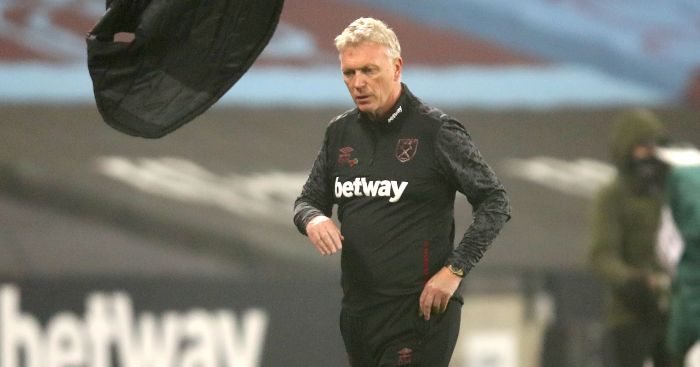 Come on, feel the Moyes…

Jose Mourinho is top. Liverpool are dominant in Europe. Steve Bruce is mid-table, as are Newcastle. Manchester City are managed by one of the finest coaches of his or any generation but sit laughably far off the pace. Aston Villa are 10th. Sir Alex Ferguson is the only person who uses the manager’s parking space at Carrington.

The year, dear reader, is not 2020 but 2005, and Stuart Pearce has indeed thrown on David James in the closing stages of the final game of the season against Middlesbrough with European qualification on the line in a substitution only remembered as ludicrous because Robbie Fowler missed a stoppage-time penalty. Yet of all the parallels between now and 15 years ago, perhaps the most striking is the renaissance of David Moyes.

Taking Everton to 4th that campaign with a negative goal difference, one fewer defeat than 15th-placed Blackburn and the sale of two of his most important players in the summer and winter was arguably his crowning managerial achievement. It checked all the boxes: a finish of 17th the previous campaign; a top scorer on 11 goals; defeats by an aggregate of 10-1 at Anfield, Highbury, Old Trafford and Stamford Bridge but home wins against Liverpool and Manchester United; a seasonal net spend of -£24m; an organised and focused team sourced from the Football League with a sprinkling of technical continental excellence, honest pros all fed on a strict diet of the basics and other such tired cliches.

Moyes built a genuinely wonderful team at Goodison Park, one he felt was a single player away from title contention. But that fantasy almost destroyed him. Everton finished between 5th and 8th in his final seven seasons, the Scot tapping away patiently at the glass ceiling above him before finally being invited in by Manchester United, who proceeded to sack a man who had finished 7th four times in the Premier League for being 7th.

A reputation was tarnished when it ought to have been reinforced. For better or worse, Moyes took teams to a certain level. It was on them to decide whether that was where they wanted to be or if they should gamble for something more.

READ MORE: West Ham aren’t sh*t and we really should have seen that coming

There are, as ever, exceptions to the rule. Sunderland almost ruined Moyes and sent him to the Pardew purgatory. But their downward spiral since suggests he was merely the captain of a ship that had been threatening to capsize for years. A late appointment, the loss of some key first-team players and haphazard recruitment combined to create an atmosphere that claimed the manager as a victim.

His name has slowly but painstakingly surely been restored at West Ham. Moyes spoke emotively of coming back “home” last December. He was discussing his reinstatement at that particular club but it also rings true of his return to the concept of guiding a top-flight side that had lost its way and needed a steadier hand. Since his second appointment in east London, Moyes has accrued three fewer points than an Everton team on a fraction of the budget; how everyone scoffed when they considered their own reunion with the Scot before turning to Carlo Ancelotti.

Another reconciliation beckons this weekend. Moyes has faced Manchester United four times since his career-defining demise but two heavy defeats and a couple of draws has done nothing to exorcise those demons. This is perhaps his best opportunity yet to exact vengeance. The opening-day loss to Newcastle stands out as West Ham’s only poor result: five wins, draws in different circumstances with Tottenham and Manchester City and setbacks against Arsenal and Liverpool in the final five minutes of matches has been an impressive start.

It has not been without an element of fortune, as the Aston Villa win showed only too well. But that was a game Moyes finally managed to impact with his mid-game changes, bringing on Said Benrahma for the immediate winning assist. His formational switch has brought balance, Fabian Balbuena thriving in a three-man defence that has unlocked Aaron Cresswell’s creativity and allows for Vladimir Coufal and Arthur Masuaku to attack with less responsibility. The midfield anchoring of Declan Rice and Tomas Soucek has been invaluable, while Jarrod Bowen looks excellent.

At the centre of it all is Moyes, often unfairly grouped in with the managerial merry-go-round of British coaches constantly given jobs based on past achievements rather than present relevance and suitability. He has always been a little different to the pack, as that year in Real Sociedad attests, but Moyes has proved himself capable of changing with the times while retaining what once made him so great.

West Ham reached out to him twice through necessity and only now might they consider the benefits of a long-term union. Moyes was their shoulder to cry on when Slaven and Manuel let them down. Perhaps David was the right man all along, the one who properly understood them, knew what they needed and was always there in times of crisis. West Ham could let Moyes out of the friend zone soon enough if he continues to channel 2005.