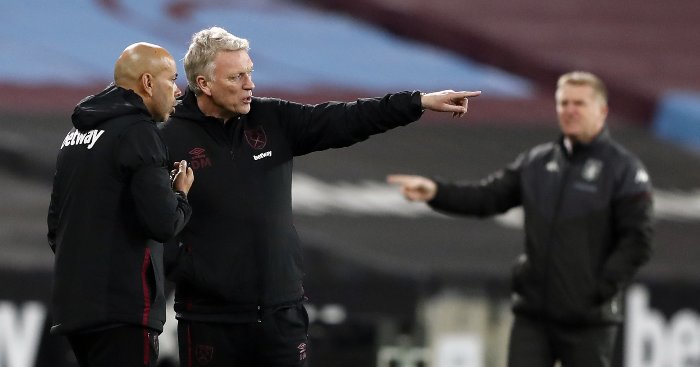 Frank Lampard was the first British Premier League managerial casualty this season. His departure stung some Chelsea supporters. It was unfair, they thought.

Players ushered him out, their individual mistakes cost him. The defence let him down. And that goalkeeper.

If only Kepa Arrizabalaga kept his nerve on those 578 occasions. If only Timo Werner’s conversion rate tripled. If only the side stopped making mistakes and leaking goals. If they had only won those games lost to Arsenal, Wolves, Everton, and Leicester, then maybe Lampard would still be in a job, and his brilliance would remain on show for all to see.

Those in the media didn’t help. They were at his throat from the first day. Their musings about his lack of managerial experience, the sole season at Derby County in which he failed to claim promotion. Yes, the media and those dastardly players saw to it that a great manager was thrown out in the gutter.

Ah, yes. The media. Nothing quite stirs up a frenzy of agenda-fuelled text from online football writers than having a manager come in with an English name. Like holiday destinations, if it’s not exotic, it’s shit.

The Premier League’s own Steve Bruce, Sam Allardyce, and all their achievements – why is it that foreign managers always get the acclaim?

You likely get the point by now.

It’s fair to say there’s an assumption that sections of the written media look favourably upon managers with foreign-sounding names and that there is an unfair urgency to cast those from the British Isles into the dirt, that even fresh faces like Lampard don’t stand a chance from the off.

In actuality,  the abundance of such articles stems from the constant sycophancy of the British sports broadcasters bigging up their pals already in work while so eagerly putting others from outside the UK down.

Marcelo Bielsa, the most hipster-oozing coach of a generation, is probably the greatest example. Talked down by Chris Sutton aplenty, as well as some reporters, for not winning a European title or for playing ‘Kamikaze football’ while he presides over the only newly-promoted side out of the relegation zone, is outright bizarre. Maybe it’s just to get all those Football Manager connoisseurs in knock-off Boca Juniors jersey in a twist. Perhaps it’s something more sinister.

It really does make you think when you hear such outrageous claims.

“Steve Bruce is doing a fine job with a pittance to spend on players,” is the regular refrain after Newcastle have endured their latest hiding to a bottom-half club, despite the Geordie’s bench valuing at £100m on the day.

“Big Sam is the only man possible who can rescue West Bromwich Albion from this sticky mess,” some claim, as if the former England boss was Winston Wolf.

Either way, such verbal absurdity only serves to generate that digital fume from those who adorn Premier League players in their AVI and mark every response with passive-aggressive laughing emojis. Little do they know they are being played for. Their venom is all monetised by those they try and spite.

Maybe they’re right, though. English names are not talked up enough by us, the written media. But if there ever was a time to speak about our domestic managers and the brilliance they have given to the league, this campaign would surely be it.

There’s plenty to talk about: Graham Potter, a manager whose team has their faults but no-one can deny the shining Brighton displays from time to time, with an attacking flair which, though maybe not completely pragmatic or efficient in execution, does provide fans with a sense of gung-ho for every outing.

Then there’s Sean Dyche, granted a single £1million purchase in the summer to build on and oversee a recent revival for Burnley against the backdrop of a pending takeover that was in transition.

But the acclaim should surely go to the men whose sides adorn claret and blue in the league.

David Moyes would have stirred a feeling of hope when he took charge of West Ham for a second time in December 2019, but he’s slowly scrubbing away his more recent reputation from the board, peeling away that wretched dye, to reveal the Scotsman of old. There stands his former enigmatic, bellowing self, the one who provided Everton with some of their best Premier League years.

It’s 2021 and believe me, it’s strange to be typing these words but there is an honourable shout to award Moyes with the Manager of the Year award upon its conclusion, even if West Ham were knocked down a few pegs come season’s end.

David Moyes has been manager of the season for me so far, no question

Indeed, West Ham, if you remember, had gone into the season amid certain doom for the campaign ahead. There was the usual revolt against the owners, who refused to spend yet again after a season in which West Ham finished in their lowest position (16th) since relegation in 2010/11 under Avram Grant.

Moyes has done something many managers can only hope for, something all the coaching manuals in the world could not teach: getting the players working their utmost towards a vision he’s sold them. Even fans, previously disillusioned, are starting to believe with each passing game in something further than what their owners previously hoped for: survival and the subsequent TV revenue that every board craves.

At the time of writing, West Ham are in a Champions League qualification battle with Liverpool. It will surely not end in a top-four finish, of course, but to be at this point in late January was unthinkable six months ago, and it does niggle at you just what they could have done if the tight-stringed Davids Gold and Sullivan decided to bolster a formerly relegation-battling side during the summer. They are on course to finish with 66.5 points at this rate, a total which would see them hit third last season.

It’s a welcome surprise for a club many supporters thought would go down. And indeed Moyes was never an inspiring name to take on. But sometimes that doesn’t matter: things click, teams shape up. The Hammers lost to Newcastle on the opening day but are now a formidable force, their manager keeping those luminous ideas of European football at bay while the engine roars and every fibre of the club moves at his whim. We were wrong. But it wasn’t owing to his staunch British appearance or name; it was a solid prediction based on his and their recent history.

Aston Villa fans won’t like the mentioning of the VAR incident against Watford last season, but it’s relevant to reflect how close they came to an instant Championship drop. Look at them now. Capable of more than perhaps they’ve ever been in the Premier League, barring Martin O’Neill’s counter-attacking pose of the mid to late 2000s.

Dean Smith, former Walsall manager, has been given a chance to shine; his name is not recycled through the Dinosaur Premier League conveyor belt over and over like Bruce or Allardyce, who are just main counting down the time until they, like Alan Pardew and Tony Pulis, inevitably fall off into obscurity.

Villa have been an asset to the league this season, both in style and results, all under the guise of an unassuming figure in Smith. Yes, Jack Grealish somehow remained at the club despite the bellowing chime of Mr Here We Go suggesting his time could be up at Villa Park. But this side is much more than just a single entity being pulled on by a string: they have compacted themselves as a force capable of turning over any opposition on their day, all with attacking fortitude, no less. Smith has shown that bottom-half sides don’t need to be overly conservative to ensure safety. Going for it works just as well.

Aston Villa are genuinely a Top 7 team in the Premier League based on actual performances this season, and if you're asking me, they aren't 7th

The manager has deployed pacey centre-backs which allows Villa to play a high line without players cutting through. Having the ball so far up the pitch allows for pressured, front-foot play, a blueprint still true from Smith’s days at Walsall and Brentford.

It’s never the greatest time to speak highly of a manager in the cold light of day after a sickening loss, but given the seasonal objective was to stay up, solidify and then grow further, one of the Premier League’s own has jumped campaigns ahead. The attack not only keeps fans on an even keel, but it also has the substance to win big games against elites, even thrashing them quite astoundingly on occasion. As some might have you believe, such results are not borne out of apparition or freak performances, they stem from a multitude of factors, like the inspired purchases of Ross Barkley or Tyrone Mings, and graft and succinctness on the training ground to the point where performances on the pitch seem almost telepathic.

So yes, unlike in some perceptions of the media, we think there’s absolutely no issue in bangers and mash and gravy. It’s when it’s been taken out the bin and plumped straight on the plate again that it becomes unpalatable.