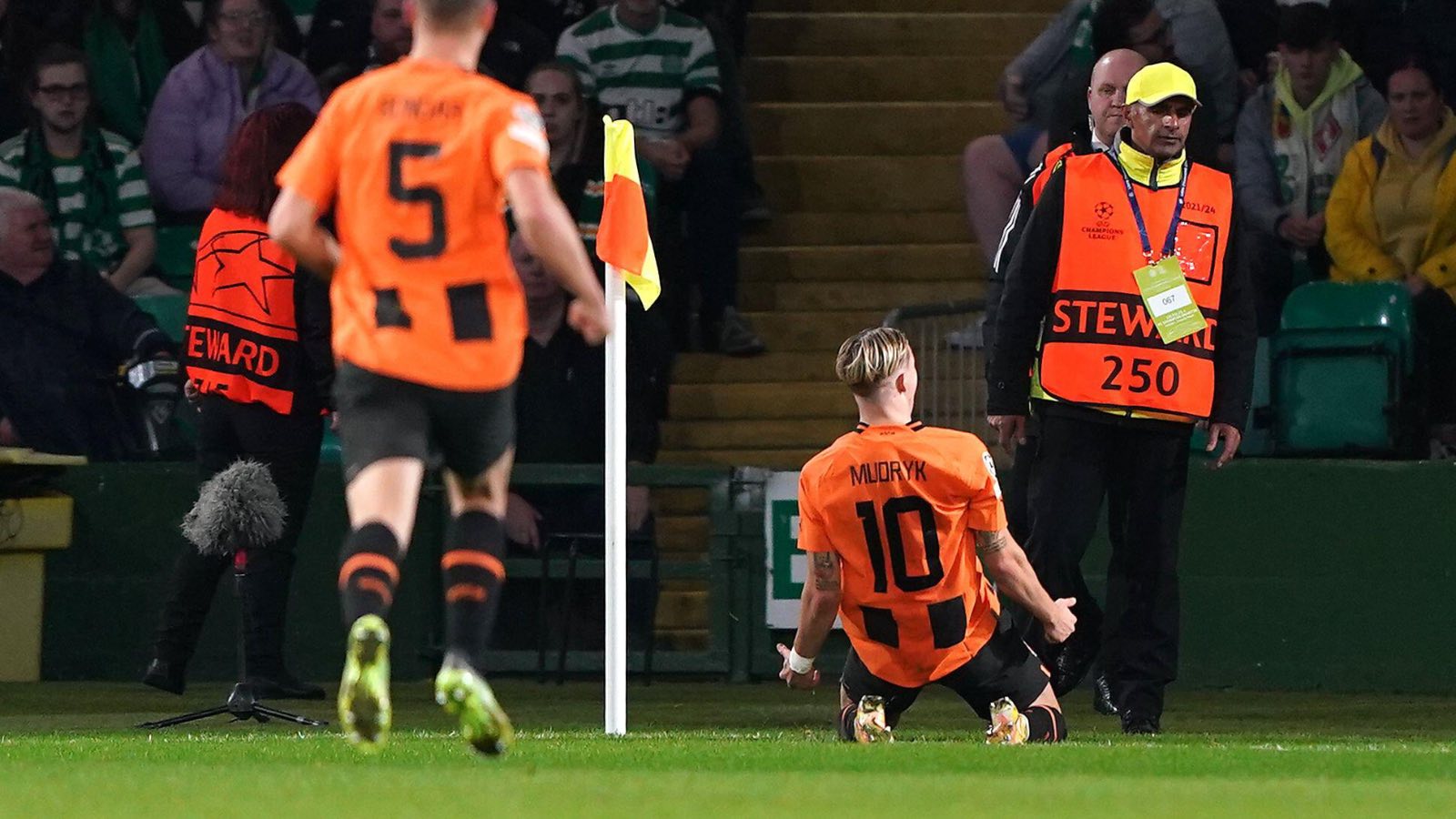 Sign Mykhalyo Mudryk in January and win the Premier League? It’s got to be worth a go for Arsenal…

Asked by an Arsenal-supporting Football365 colleague last week whether I thought his side could win the Premier League, I trotted out what will be a familiar line to him and the rest of the Gunners fanbase looking to gauge the temperature of the masses before they lose their collective sh*t and truly start believing: ‘You don’t have the squad depth – one or two injuries and you’re f***ed.’

Even the most ardent Arsenal fans know deep down that an injury to any one of Gabriel Jesus, Gabriel Martinelli or Bukayo Saka could spell real trouble. Marquinhos is a talented boy but Mikel Arteta clearly doesn’t deem him ready for the Premier League as he’s played just one minute this season. Eddie Nketiah is a good substitute, but pales in comparison to Gabriel Jesus. Reiss Nelson has barely featured this term but has had his whole football life thus far to convince Arsenal he’s good enough; he has not.

Winning the Premier League with those three as your back-up options in attack would be beyond remarkable – it’s simply not going to happen. Jesus, Martinelli and Saka have started all of Arsenal’s 11 league games so far, and with a World Cup on the horizon in which at least one of them will play a major part, that’s not sustainable.

But the winter World Cup could turn out to be a blessing for Arsenal. And not just in the ‘who knows what’s going to happen?’ way that’s been offered as a limp title-race olive branch in an attempt to pique the interest of people who can’t see past a well-rested Erling Haaland scoring a bazillion goals in the second half of the season.

Arsenal have just three Premier League games to play, against Nottingham Forest, Chelsea and Wolves, before the World Cup, and two more, against West Ham on Boxing Day and Brighton on New Year’s Eve, before the January transfer window opens. They should remain at least in touch with Man City at the top of the table across those fixtures, and get to a point where they can make moves in the market to get their squad closer to the extraordinary depth of their title rivals.

They had the opportunity to strengthen last January, spurned that opportunity, and ultimately failed to achieve their goal of Champions League football. They surely won’t make the same mistake twice.

They want Mykhaylo Mudryk and should do everything they can to get him to the Emirates.

Truth is Arsenal are probably kicking themselves for not pushing harder for the 21-year-old in the summer. Reports suggest they offered £30m but Shakhtar Donetsk wanted around £43m. But with each passing Champions League outing, it feels as though Mudryk adds £5m to his value.

There’s a sense that this talent, whom we are obliged to describe as ‘generational’, came out of nowhere. Owing to the fact he didn’t play for an extended period for Shakhtar due to Russia’s invasion of Ukraine, it’s as though he rose from youth also-ran to European starlet behind closed doors, only to burst through those doors with a goal and two assists against RB Leipzig on Champions League matchday one.

He’s added two further goals in the Champions League group stage, including a stunner against Celtic on Tuesday, as well as three goals and five assists in six Ukrainian top-flight games this season. And while it’s exciting for Arsenal fans that a player who has already admitted he “can’t say no” to them is tearing it up at the highest level, technical director Edu is unlikely to be enjoying the waves Mudryk is creating in European football quite as much as the rest of us.

Arsenal had what looked like a reasonably clear run at Mudryk in the summer and that will surely no longer be the case. Every transfer chief of every top club in Europe will have pored over data and tested Mudryk waters in the last few weeks. Arsenal will face competition for him in January.

But of course what’s also happened in the last couple of months is that Arsenal have become a far more attractive football club to join. The winger would have been sold on a part of the ‘process’ the club has now surpassed, with talk of potential making way for objective quality and a possible title tilt that he has the ability to swing in their favour.

Few young players would pass up the opportunity to join Arsenal right now, and despite Man City remaining clear favourites to win the Premier League no matter what Arsenal do in the winter window, a signing of Mudryk’s quality would make the impossible improbable for Arsenal.