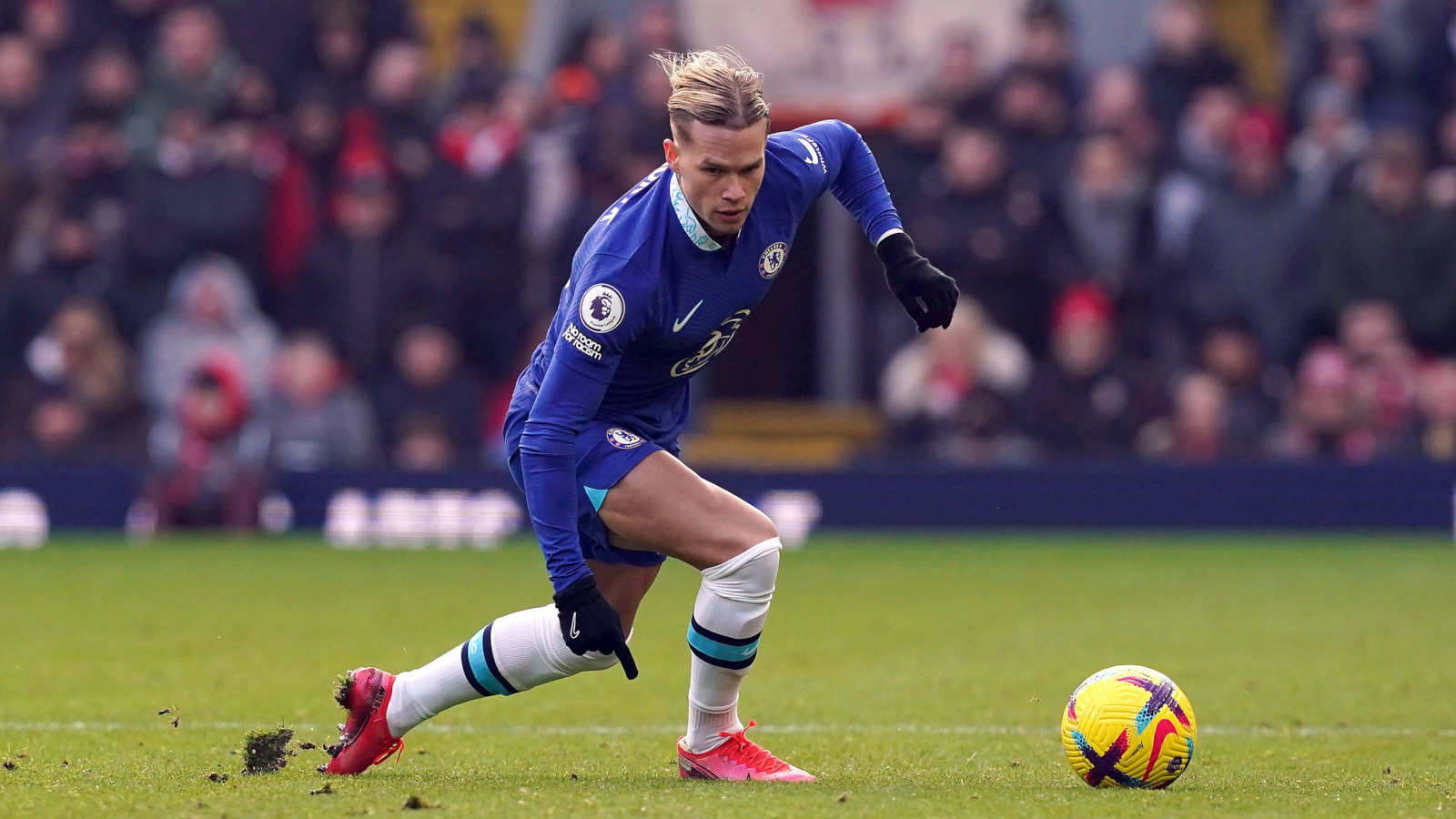 A Chelsea debut for Mykhailo Mudryk offered a little bit of sparkle, but broadly their goalless draw with Liverpool looked like the mid-table game it was.

If the defining phrase of the last ten years of Liverpool vs Chelsea might be summed up as ‘this does not slip’, then the story of the 2022/23 season for both Jurgen Klopp and Graham Potter has been of two managers in desperate need of crampons. A conflation of injuries, unusual behaviour in the transfer market and the bewildering pace of the change of the modern world rendered this a mid-table match, ninth versus tenth in the Premier League at kick-off.

But despite their very similar league positions, Klopp and Potter have very different levels of rope to play with when it comes to their current job security. Klopp arrived for his 1000th match in charge of Liverpool – Chelsea, for the record, have burned through twelve in their last 1000 games – with one or two asking uncomfortable questions over whether he might have taken them as far as he could but broadly still secure in his position.

Potter, on the other hand, was making his 21st appearance as the Chelsea manager and knives are already starting to be drawn for him. They did at least win their last match against Crystal Palace, their first win of 2023 at the fifth attempt following a draw and three straight defeats in their previous four, but it was hardly a sparkling display. More the sort of win at which the full-time whistle is met with an exhalation of relief rather than any particular feeling of celebration.

Injuries haven’t helped, but mentioning that as an explanation for this season’s dysfunction at a club whose transfer policy looks at times like a net on a fishing trawler is always going to be met with short shrift. The owners of the club continue to insist they fully support Potter and The Project, but Chelsea’s scattergun policies over managerial security over most the last two decades have made that somewhat difficult to believe.

Within three minutes, Chelsea thought they’d taken the lead after Thiago Silva hit the base of the post from close range and Kai Havertz scored from the rebound. Klopp sunk lower into his hybrid balaclava-snood. Potter allowed himself the world’s tiniest fist-clench before reverting his gaze back to his tablet.

But the eagle-eye of the video assistant had already spotted somebody’s left foot – Kai Havertz, it was Kai Havertz – a couple of inches from where it should have been and fun-sponged the goal out of existence. It was the undoubted highlight of a dismal first half, with the second best moment coming right on the stroke of half-time when Andy Robertson overhit a backpass and Alisson shanked the ball into the Kop with such conviction that it looked momentarily as if he’d intended to do it.

The game settled into a predictable plot-line for a fixture between these two teams on a Saturday lunchtime, all heat and very little light, a flurry of frantic activity and intensity that yielded practically nothing in front of goal. Where those opportunities did present themselves, they largely did so for Chelsea. Benoit Badiashile had a header excellently saved by Alisson. Kai Havertz shouldered the ball towards nobody in particular.

Small wonder that Chelsea have scored by far the lowest number of goals of any team in the top half of the Premier League so far this season. Half-time arrived with both teams having made a pile of mistakes that the other could not capitalise upon because they were too busy making so many of their own. Liverpool did at least come out for the second half looking as though Klopp might have wedged a rocket up their collective backsides, but the collective result wasn’t much more energising.

It took ten minutes of the second half for Graham Potter to make his £88.5m roll of the dice. The signing of Mykhaylo Mudryk, the hijacking of a transfer to another club to fill a gap in their squad that doesn’t really exist, was a very Chelsea thing for the club to get involved in and the early signs look encouraging, though he may need time to settle in and find his aim. He had sight of the Liverpool goal twice within 20 minutes of coming on, once hitting the side-netting and once over-running the ball out of play.

It was probably asking a little too much to expect him to score the winning goal at Anfield against Liverpool on his debut, but Mudryk immediately looked like the Chelsea player most likely to score within minutes of his introduction. With pace on a different level to what we normal see in the traditionally soporific Saturday lunchtime slot, he tempted James Milner into an ultimately afternoon-ending yellow card – Trent Alexander-Arnold replaced him, taking on the substantial task of playing as the defender on the same side of the pitch as Mudryk for the last 20 minutes – and generally looked like a mischievous upgrade on all Chelsea’s other attacking options.

But that deadlock could not be broken. Even the introduction of Chaos Darwin Nunez felt somewhat muted. Often a player who, if nothing else, can offer a game a degree of the unexpected, Nunez ran around enthusiastically for 40 minutes without looking much like scoring. At the full-time whistle, BT Sport’s punditocracy determined that Graham Potter would be happier with the point than Jurgen Klopp, but this distinction was largely due to them being the away team.

It was difficult to say objectively that anyone watching this match could be that happy with what they’d just witnessed. Perhaps the most damning indictment of it is that it looked like exactly what it was; a match between two mid-table teams. Mudryk made a difference, but he’ll take time to settle. Chelsea are continuing to bump from game to game. Liverpool need to give the attacking decisions that their players make a serious rethink. Both will have to improve substantially if they’re to trouble anywhere near the Premier League’s top four before the end of this season, at least.