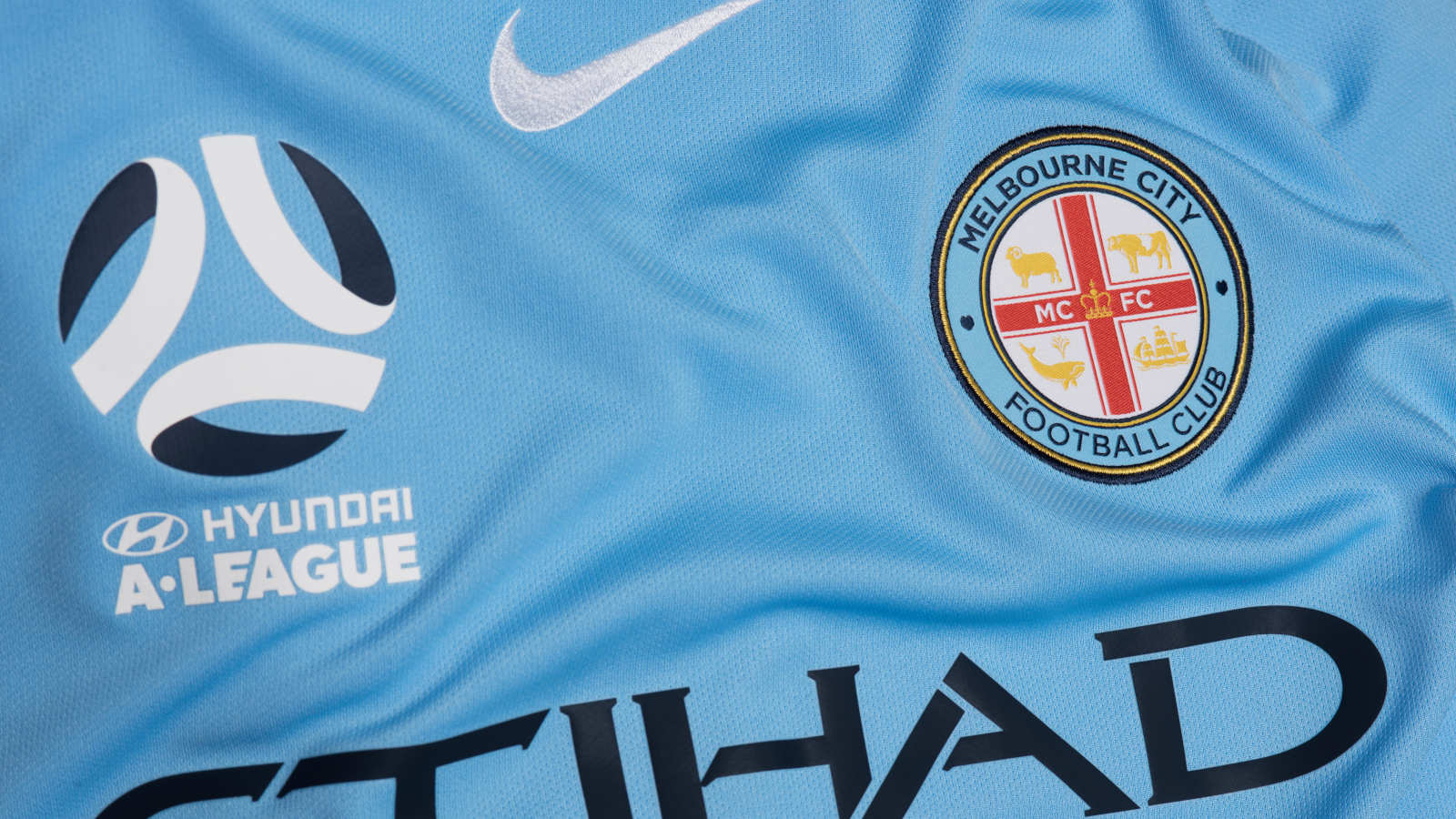 Multi-club ownership is back in the news after comments from Chelsea’s Todd Boehly. So what is this and what are the complaints about it?

In his much-discussed speech in New York, the leader of the group that owns Chelsea gave football a lot to think about.

Todd Boehly has been mocked somewhat over his idea of having a North vs South All-Star match but some of his other comments are also now raising questions, not least of which was his notice of intention to move Chelsea into a ‘multi-club’ ownership model.

This model of ownership is fairly well-established, but Boehly’s comments have provoked another round of discussion of the merits and drawbacks of such organisations.

Here are some oft-asked questions and a few simple answers.

But I thought football clubs aren’t allowed to buy other football clubs?
Well, you’d be partly right. Clubs owners in England are not permitted to own another club in this country and Italy brought in a similar ban of its own in the summer of 2021 after the promotion to Serie A of Salernitana, who were owned by Claudio Lotito, who also owns Lazio. The FIGC forced Lotito to place his ownership in a trust and pledge to sell his stake by Christmas.

These rules have been extended to include clubs who don’t play in the same division and minority shareholdings, with owners being given until the 2024/25 season to divest themselves of their shares. Gabriele Gavrina, president of the FIGC (the Italian FA), says: “Not only will absolute control of the company be categorically excluded, but no participation will be possible either.”

If this is the case, then why are we talking about the multi-club model?
There are no rules to ban an owner from owning one club in each of a number of different countries, and according to a 2021 study by Play The Game, 15 English clubs were part of a multi-club system – the most of any country in Europe.

This is the policy followed by the two best-known multi-club operations. City Football Group own clubs in England, the USA, China, Spain, Australia, Japan, Uruguay, Belgium and India, with a ‘partner club’ in Bolivia. Red Bull own clubs in Austria, Germany, the USA and Brazil.

National federations have outlawed the ownership of more than one club for a while for a variety of different reasons, although some have recently relaxed their foreign ownership rules as they seek to bridge the gap between their clubs and those from the ‘Big Five’ European leagues. But none have banned multi-club ownership.

What, exactly, are the rules in England at the moment?
Under FA and Premier League rules, an owner or director of a football club must adhere to the Owners & Directors Test, which applies to all directors and individuals with a greater than 30% shareholding. Anyone who owns more than this shareholding in another club would fall outside the remit of the fit and proper test and thus fail it. It is prohibited for the owners or directors of a football club to have the power to influence the management of another club.

So what does UEFA have to say about all of this?
It’s probably fair to say they’re not keen on it, and they have the rules on their side. When AEK Athens and Slavia Prague both qualified for the UEFA Cup in 1998, UEFA launched an investigation into multi-club ownership, and the matter ended up before the Court of Arbitration of Sport (CAS) in 1999. A rule banning two clubs with the same majority shareholders from playing each other in the same European competition was brought in.

But it should also be added that UEFA have different definitions to those in use elsewhere. UEFA integrity rules would suggest that one person or company could have a 100% shareholding in one club and a ‘non-decisive influence’ shareholding in another competing in the same competition, without breaching them.

When the CAS upheld the legality of the UEFA rule, the stipulation concerning ‘decisive influence’ was not part of the UEFA rules. The ‘decisive influence’ stipulation was added after the decision by UEFA to ensure there was a catch-all provision to prevent common ownership under the 50.1% threshold. To some extent, this partially alleviated the concern that a company or person can have a 100% and a 49% shareholding in two clubs in the same UEFA competition.

Why are they opposed to it? Wouldn’t being owned by people who already own richer clubs secure their future?
That rather depends on what sort of future you want. The obvious criticism of multi-club ownership is that the smaller side in any arrangement will most likely end up as a feeder to the bigger team, creating two tiers of football clubs within the game.

But this leaves further questions: is it better for a small club to go bust than to become a feeder to another, its ambitions tempered in perpetuity?

Does it make any difference if a lower division club is bought by, say, a Premier League club, if the likelihood of them meeting competitively is next to zero anyway?

There have also been examples of clubs being plunged into crisis as a result of the withdrawal of their owners. In Denmark, overseas investors leaving two clubs, Naestved and Vendsyssel, led to an investigation by the Danish FA into foreign ownership. An owner with a large portfolio of football clubs might find them to be more disposable, should they not be returning what they expect.

And the temptation for match-fixing is obvious. Consider this scenario: Team A plays Team B on the last day of the season, needing a win to avoid relegation. Team B goes easy on their opponents, who win the game. This doesn’t only benefit Team A, but is also proves ruinous for a completely innocent Team C, who are relegated in their place.

No money needs to have changed hands. No words might even have been spoken on the subject. But it’s difficult to argue that the situation played out as above wouldn’t constitute match-fixing.

Keeping clubs under separate ownership, it is argued, helps to maintain the integrity of the game.

There are also challenges to such ownership structures, such as running clubs in various jurisdictions and business environments, sometimes on various continents and with varying fan expectations and in very different cultures; the distinct possibility of finding themselves unpopular amongst supporters – certainly at feeder clubs; and the financial costs of taking on a (likely loss-making) club.

So why do they do it?
A number of different reasons, including but not limited to: diversifying a business portfolio and spreading financial risk; growing a brand or sportswashing; gaining global exposure; and being able to move players seamlessly between clubs for experience. They are among the expected benefits, though it is worth pointing out that while this particular way of running clubs has certainly become more commonplace in recent years, it’s far from the dominant model of club ownership in Europe or elsewhere.

You’re only writing this because Todd Boehly mentioned it, aren’t you? Why didn’t you say anything through all those years of the City Football Group?
Well, yes. The story takes on a degree of importance when it relates to the owner of one of the biggest clubs in Europe, and plenty has been written about the City Football Group and Red Bull‘s involvement in the game over the years.

That Boehly’s words are getting so much attention is partly because the owners of the biggest football clubs in this country often don’t say very much at all, and partly because he’s saying what he’s said against a background of flux.

There were things to be critical of in all of this. The North vs South All-Star match is an idea borne from someone who evidently doesn’t understand very much about the culture of the game. But he’ll learn, and it’s right that the insularity of football should be questioned and new ideas should be considered. They don’t have to all be accepted, but it’s good for the game to discuss them in good faith.

It seems unlikely that multi-club ownership will become any easier for the ultra-wealthy. UEFA and most big European leagues seem pretty down on the idea, and it is likely that, if anything, the rules may get tighter rather than looser. The idea of football being completely arranged for a small number of corporations with a lot of different brands is distant. For now, at least.