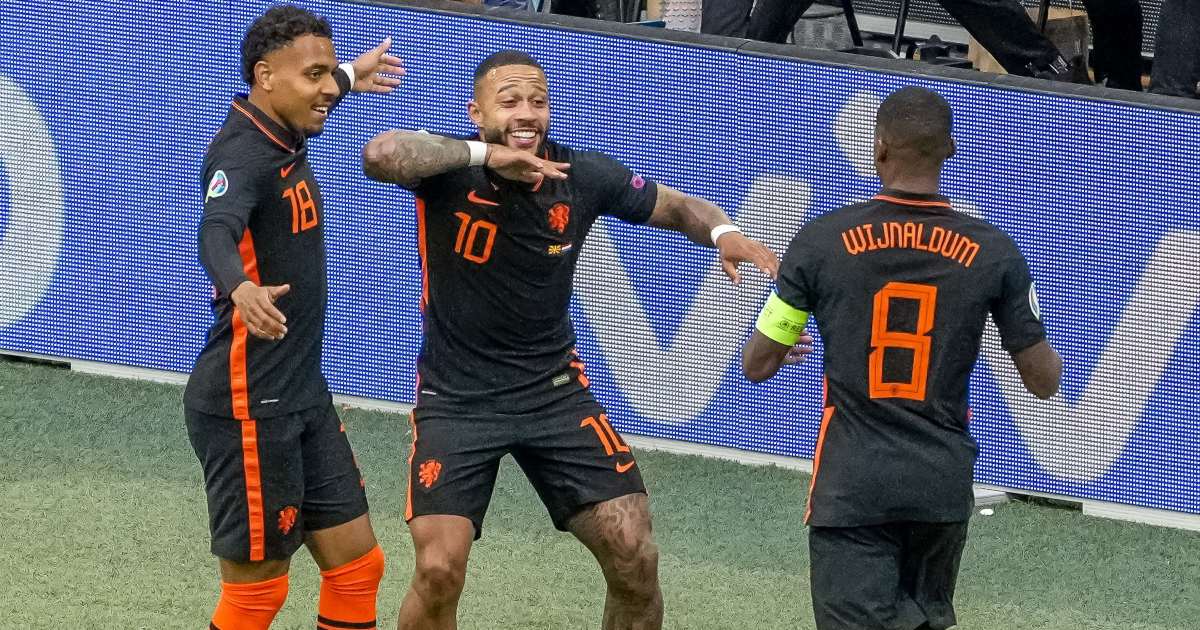 Despite criticism over Frank De Boer’s tactics, his Netherlands side look ready for take-off after a perfect Group C campaign…

Frank De Boer could be owed an apology. A big one. Literally 12ft high and written in the sky.

That seems to be the preferred method of communication with the Netherlands manager these days, with De Boer having already received two towed messages in recent weeks.

‘Frank. Just 4-3-3′ read the first aerial banner flown over Netherlands’ camp last Saturday before their opener against Ukraine the following day. The sentiment merely reflected the mood of the Oranje nation.

A plane has flown over the Netherlands training ground with a banner urging Frank de Boer to ditch the 5-3-2 and play in a 4-3-3. pic.twitter.com/SElRGq8xS4

The strength of feeling around the team’s shape highlights how brave and stubborn a manager must be to steer Netherlands away from their traditional formation, and De Boer, who has been under huge pressure since he fell into the job less than a year ago, is demonstrating he has both traits in abundance.

Which may well play to Netherlands’ advantage. Because the Dutch have flown through the group stage, collecting maximum points while scoring eight goals and gathering a couple of clean sheets.

That record, and the fact Netherlands have for the first time ever scored two or more goals in 10 consecutive matches, is all the evidence De Boer need offer to prove himself right and most of his country are wrong.

Even within his squad, Do Boer’s system has its doubters. Georginio Wijnaldum for one.

“I like the real Dutch 4-3-3 system,” said the former Liverpool midfielder ahead of the tournament. “That is where my heart is, with myself in an attacking role behind the front three. That was the way we played under Ronald Koeman and that was also the period where we were very successful again.

“We got to the final of the Nations League, we beat teams like France and Germany.’’

Three games later, Wijnaldum may have reassessed his opinion having become Euro 2020’s joint-leading scorer with a brace against North Macedonia. Both goals came courtesy of tap-ins, and the PSG new boy’s attacking instincts have certainly not been curbed by De Boer’s shape. Pouncing upon a rebound after Memphis Depay had been denied his second of the match took Wijnaldum on to 25 international goals and ahead of Marco van Basten in the Netherlands’ list of all-time scorers.

“I think with this set-up we have the best people in the right places,” said De Boer and that is obviously true of Wijnaldum. Depay too.

De Boer spoke last week of his belief that Depay “can do better than he has done so far”. Perhaps the completion of his move to Barcelona has taken a weight off the attacker’s mind because he certainly looked carefree while toying with the North Macedonia defence before he was withdrawn on 66 minutes with the last 16 in mind.

“He is a special player for us,” added De Boer and Depay’s link-up with Donyell Malen could be a special partnership for Netherlands too.

The PSV striker was the subject of the the second banner that flew over the Dutch camp. ‘Play Malen’ was the message yesterday and this time, De Boer was on the same page.

Malen was one of only two changes made by De Boer as the coach sought to pursue consistency and momentum over rest and recuperation despite having already finished top of the group. On his 12th cap, Malen made two goals but claimed only one assist. Depay’s opener crowned a devastating counter lead by the Dutch front two, while Malen opened up with North Macedonia with a delicious pass into Depay for the second, when Wijnaldum gobbled up the rebound. 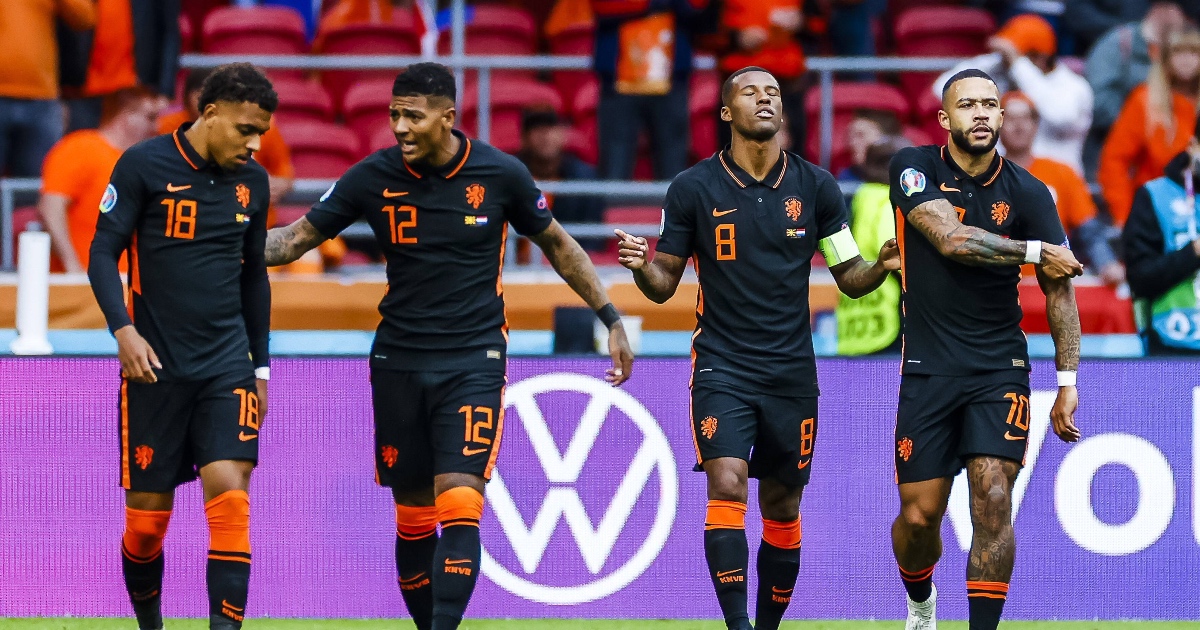 De Boer also gave Ryan Gravenberch his first international start in midfield, which allowed Marten de Roon to swerve a disciplinary tightrope. Teenager Gravenberch, the youngest player ever to represent Ajax, is arguably the most exciting of the latest crop of exciting Dutch youngsters and his performance offered encouragement if not defining moments.

But his inclusion, and the half-time substitution of Denzel Dumfries, alluded to the depth of quality that De Boer has at his disposal.

Dumfries has been one of the players of the tournament so far and De Boer’s system appears tailor-made for getting the right wingback as far forward as possible.

That was always De Boer’s stated aim. “I think 5-3-2 sounds negative, with 3-5-2 you already have fewer defenders,” he said before the tournament. “We want to get our hands on the game, which means your wingbacks are always quite high.”

Such a shape also offers the Dutch the option of a more conservative approach, which may come in handy in the next phase, with their opponents likely to come from Group F.

Wijnaldum used previous victories over France and Germany as evidence that 4-3-3 is best. But now flying in De Boer’s new formation, Netherlands look ready for take-off.